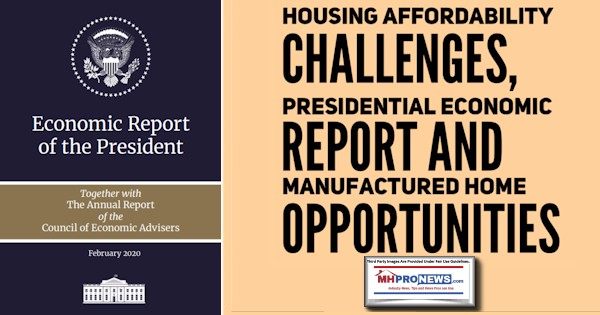 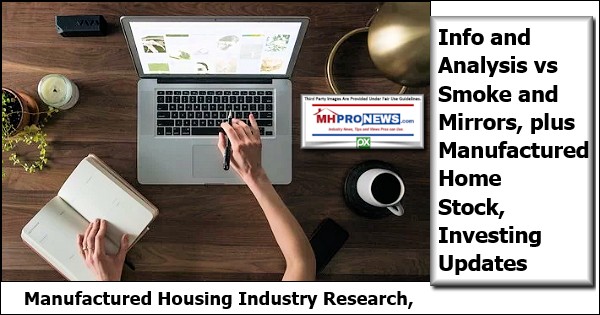 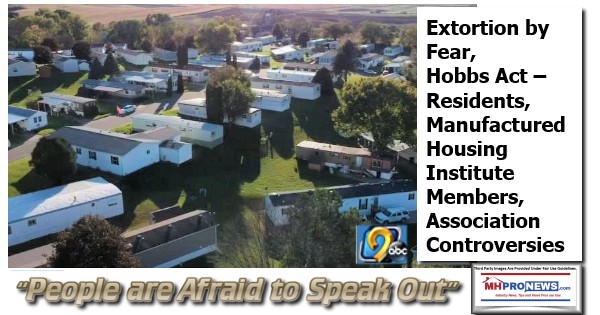 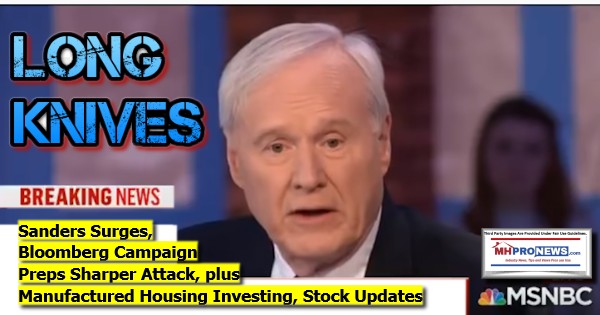 Markets rose to new highs on increasing signals from across the Pacific that a ‘phase one’ deal with China is taking shape. But perhaps the more interesting news is former New York City Mayor and billionaire Michael Bloomberg is taking the first steps toward formally entering the race. Those reports from the left-of-center New York Times, NBC, and right-of-center Fox News among others may signal a shake up in who will hold the ‘more moderate’ lane in Democratic politics. That will be our focus for this evening.

Regular readers please note there are a few tweaks to some of the standard portions of our evening market/investing report. Read carefully as some changes of the ‘standard text’ that follows before our left-right headlines and also in other features near the end of tonight’s reports.

Every evening our headlines that follow provide snapshots from two major media outlets on each side of the left-right news spectrum that reflect topics that influence or move investor sentiment. In moments on this business evening report, you can get ‘insights-at-a-glance.’

This report also sets the broader context for manufactured housing markets, in keeping with our mantra, “News through the lens of manufactured homes and factory-built housing” ©.

We begin with headlines left-of-center CNN followed by right-of-center Fox Business. We share closing tickers and other related data courtesy of Yahoo Finance, and more. 5 to 10 minutes reading this MHProNews market report every business night could save you 30 minutes to an hour of similar reading or fact-gathering elsewhere.

Perhaps more important, you will get insights about the industry from experts that care, but also dare to challenge the routine narrative that arguably keeps manufactured housing underperforming during an affordable housing crisis.

From the start of the campaign of former POTUS Obama-era Vice President Joe Biden, MHProNews has said that his entry is doomed to fail. Early one, we focused on the potential of Senator Elizabeth Warren, which is not to endorse her, but to recognize her ability to rally Democratic support for her campaign.

While sources are saying that filing to be on the election ballot in Alabama isn’t yet a sure thing that billionaire and former New York City Mayor Michael Bloomberg will run, it is a step closer. It must send chills down the spines of the Biden campaign.

Given that Bloomberg reportedly spent some $100 million dollars of his money to support 2018 election cycle campaigns among Democrats, it is self-evident that a man with over $50 billion in net worth can self-fund a major campaign.

Here is the left-of-center take from CNBC.

The Senator Elizabeth Warren’s campaign is already tweeting and is no doubt bound to start funding raising off of this move.

Meanwhile, Vice President Mike Pence filed candidacy papers in New Hampshire in person for President Donald J. Trump and the Trump-Pence 2020 campaign. There has been plenty of buzz around what looks like Governor Matt Bevins’ (KY-R) apparent loss, which he is not yet conceding, hinting that there may have been voting irregularities. With former senator and then U.S. Attorney General Jeff Sessions poised to enter the race against Democrat Doug Jones in Alabama, it is obvious that the tides and currents are moving swiftly.

MHProNews will continue to monitor the races and provide indications as to what it may mean for your money and investments. See the related reports below for more.

· LCI Industries, Patrick, UFPI, and LP each are suppliers to the manufactured housing industry, among others.

For insights from third-parties and clients about our publisher, click here.

Enjoy these ‘blast from the past’ comments.

Connect with us on LinkedIn here and here.