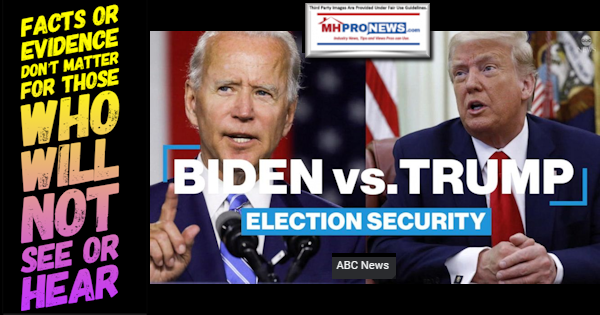 For those who will not see or listen, there is no amount of evidence that will change their minds.

“There are none so blind as those who will not see. The most deluded people are those who choose to ignore what they already know.” That proverb has been traced back in English to 1546 (John Heywood),” says Phrases.UK. That phrasing above, per Wikitionary, an updated version of rage original old English by Haywood, “Who is so deafe, or so blynde, as is hee, That wilfully will nother here nor see.”

Sure, the former VP Biden statement below could have been another Biden verbal flub. But it is also possible that it was a Freudian slip too.

Or that former VP Biden chief of staff Ronald Klain, who serves on the Biden-Harris “transition team” said flatly in a tweet that elections are rigged.

hello twitter i have a claim about election fraud that I want to dispute pic.twitter.com/rbcSuihcP2

Or that former Democratic Illinois Governor Rod Blagojevich “describes what he thinks is election fraud happening on a major scale,” per Newsmax in an interview posted below.

When one consider some of that, does it possibly shed light on the entirely odd campaign run by the former Obama-era VP, who faces an array of legal and ethical issues?

“Look, Joe Biden’s going to be the next president of the United States,” Mr. Obama said. “Kamala Harris will be the next vice president. I have been troubled like I think every American, whether you’re a Republican or Democrat or Independent, should be troubled, when you start having attempts to block, negate, overturn the people’s vote when there’s no actual evidence that there was anything illegal or fraudulent taking place.”

“These are just bald assertions,” former President Obama continued. “They’ve been repeatedly rejected by the courts. And I think I’m less surprised by Donald Trump doing this. You know, he has shown only a flimsy relationship to the truth. I’m more troubled that you’re seeing a lot of Republican officials go along with it, not because they actually believe it, but because they feel intimidated by it, and the degree to which you’ve seen some news outlets that cater to the right and the conservative viewpoint somehow try to prop up these bogus claims.”

That statement above is all that may be needed for a blind-Democratic backer or unquestioning Trump-hater.

But the Heritage Foundation maintains a section of their website that is dedicated to hosting a partial list of hundreds and hundreds of cases of convictions for voter fraud.  When the types of allegations made by the Trump legal team have been documented in other countries, doesn’t that at least open the possibility for that occurring in the U.S.?

Earlier today, Newsmax covered a press conference where members of the Pennsylvania Republican Party declared that Dominion voting systems was a no-show to explain the concerns that had been raised in their election process.  “If They Have Nothing to Hide, Why Are They Hiding from Us?”

Let’s objectively note that even if there was significant voting fraud – which the evidence already presented suggest – but if that fraud is insufficient in quantity to overturn the election results in enough battleground states, then Joe Biden (or Kamala Harris…) could become the next president.

But the opposite is also true. It could be that there is plenty of smoke because there is widespread corruption and hypocrisy. If so, that threatens the very foundation of a representative republic that uses democratic features like voting. 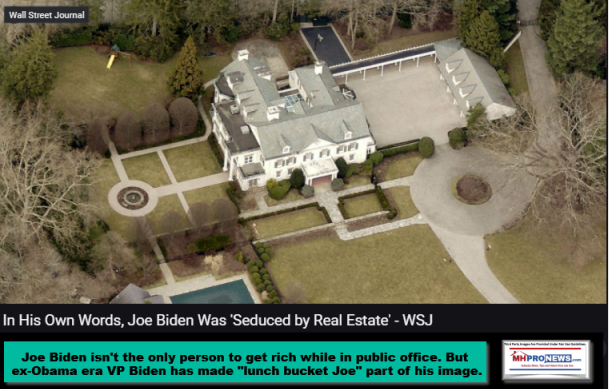 It should be in everyone’s best interest to ‘get to the bottom’ of these claims. The fact that much of the political left, their big tech and media allies are saying, there is nothing to see here – move on – doesn’t make it so.

For those who viewed the entire presentation, and who understand that affidavits are sworn testimony that constitute valid evidence, there are reasons to believe that a serious investigation is merited. If media outlets – be it Fox, CNN, MSNBC, ABC, CBS, NBC or others – say, ‘there is nothing to see here’ that doesn’t make it so.

Why is there so much threats and pressure to blindly accept the results when so many questions exist?

The time should be taken to get to the bottom of the evidence, which occurs in courts of law.

There are historic patterns potentially at play. They merit serious and objective investigation by all who care about liberty.

There are none so blind as those who refuse to see. 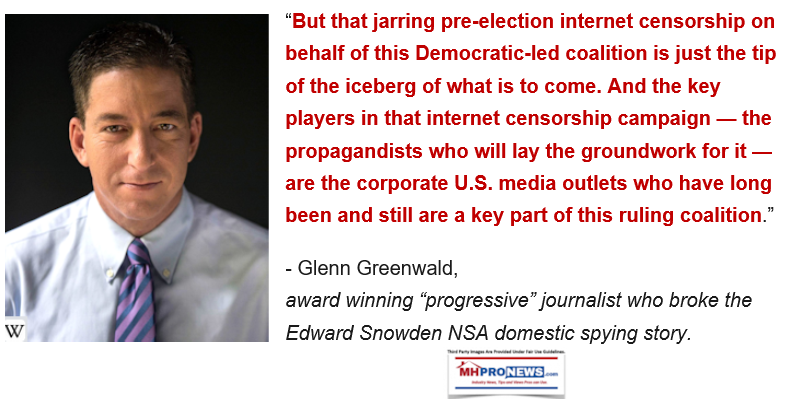