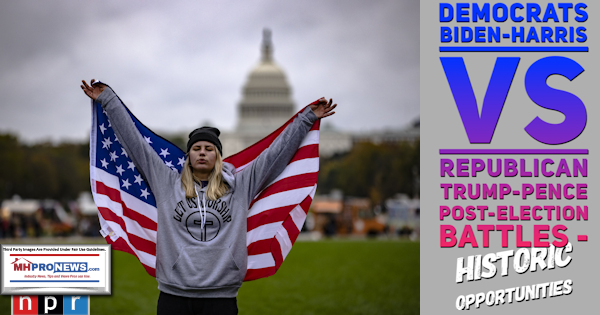 Much of the mainstream media, including ‘conservative’ Fox News has “called” the election results in favor of the Democratic ticket led by former Obama-era Vice President Joe Biden and Senator Kamala Harris (CA-D). Some outlets add several paragraphs into a given report that their report that it is ‘possible’ that charges of election fraud by President Donald J. Trump, his surrogates, legal team, and supporters have a ‘long shot’ of ‘overturning’ the election results announced by big media and backed by big tech and big money.

On the political left and among “never-Trump” or “Establishment Republicans,” there are plenty of voices that say it is ‘time for President Trump to accept the results,’ ‘put on his big boy pants,’ and ‘move on.’ There are ‘unnamed sources’ that claim that the president’s son and law Jarred Kushner and wife Melania Trump are also saying, it is time to call it quits, and exit gracefully. But that later claim may prove to be just as accurate as the New York Times calling their infamous ‘anonymous’ op-ed of #resistance by a ‘Trump-Administration senior official’ which recently was revealed to be anything but a close advisor or senior official. That turned out to be Miles Taylor, who lied on camera on CNN about the matter, and more recently admitted that yes, Taylor is ‘anonymous.’

This analysis won’t litigate the claims of election fraud that Trump supporters are understandably relying upon. Nor will this article dig into how big tech plus larger mainstream media outlets, increasingly being joined by Rupert Murdoch owned Fox News, are to be questioned for their agendas and motivations. Detailed reports with evidence and several examples on those important election-related-issues are linked above and below.

What this post aim to accomplish is the headline. Is there a historic opportunity, a possible silver lining to the apparent dark cloud that hangs over the Election 2020’s yet to be certified electoral races?

Here is the outline for that case. Let’s over-simplify to make the points.

One could go on, but let’s boil the above down to some simple points.

The claim has been made that big tech, big media, and big money – the later perhaps with tactic support from Communist Chinese interests – clearly backed Biden-Harris. If Greenwald, or former acting Director of National Intelligence (DNI) Ric Grenell and others are to be believed, ‘deep state’ actors ran a campaign unlike any other. Namely, they largely hid their candidates Biden and Harris from voters. The oligarchs that purportedly pull the levers behind the Democratic leadership focused on spending billions of dollars smearing President Trump. While posturing being ‘for the little guy,’ the Democratic Party leadership is arguably for those big guys with big bucks, big media, and big tech interests.

For instance, while posturing supporting minorities by mouthing claims such as ‘black lives matter’ – a statement which almost no one disagrees with – as opposed to supporting nonprofit groups – e.g.: Black Lives Matter, the BLM organization. BLM leaders and their website have clearly stated positions that are pro-Marxist/Socialist, against traditional family values, de-fund the police, etc. Moderate Democrats have decried the ties with Socialist and ‘de-fund the police’ as among the reasons that they lost numerous seats in the House, instead of gained them. 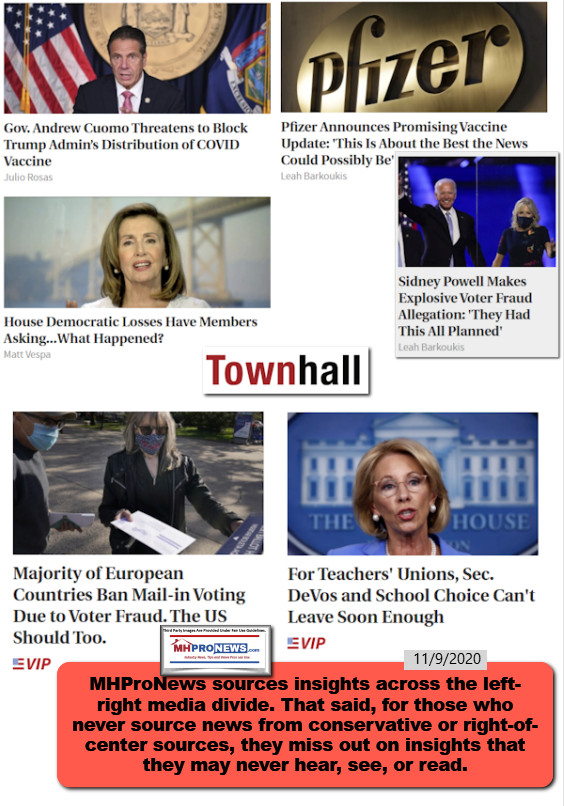 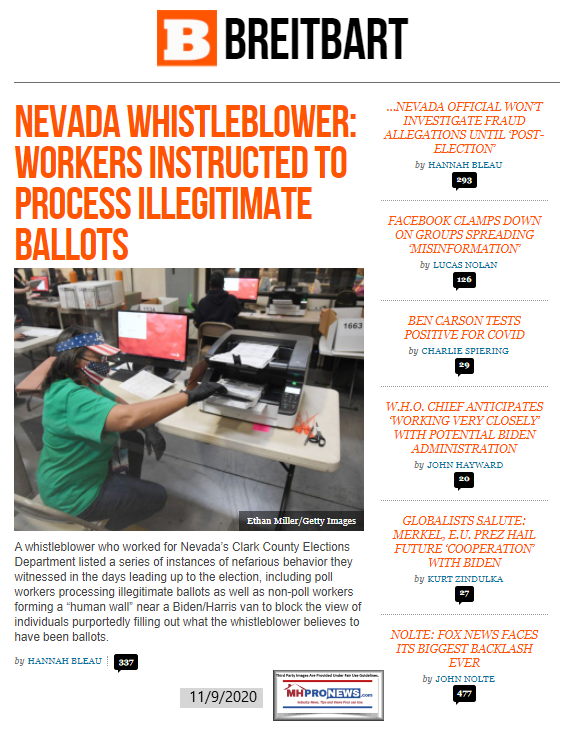 The point of the above rundown is this. Team Trump is creating a new GOP, just as Ronald Reagan began to remake the Republican Party during his campaign and time in office. The Republican brand did quite well under the leadership of former Congressman who became House Speaker, Newt Gingrich (GA-R) and his “Contract with America.” The Bush-Cheney years frittered those hard-earned wins by Gingrich and his colleagues away. President Trump and pro-Trump Republicans have been earning them back, despite unprecedented negative media, unfair advantages arguably delivered by big media, and billions in spending by their political opponents.

The victories by Republicans in hard-fought Senate races in KY, SC, and Maine, despite record amounts of Democratic spending. At the state and congressional levels, Republicans gained, they didn’t lose. It is thus absurd to dismiss what Senator Lindsey Graham has called the “Red Wave” of 2020, after months of media and polling that claimed that a ‘blue wave’ was coming. Graham said on Brian Kilmeade’s radio show today that he sees a real scenario where Arizona, Georgia, and North Carolina end up going for President Trump. It will then come down to allegations of misconduct in Pennsylvania, where allegations of misconduct abound.

But others in media say that more wins are possible.

Graham’s statement to Kilmeade today doesn’t consider allegations of misconduct and known errors in Michigan and other battleground states. Breitbart, Newsmax, The Epoch Times, and a host of conservative media are NOT calling the race. Many credible voices are saying that this is far from over.

MHProNews has documented for years problematic impacts on our part of the affordable housing industry caused by specific players in big tech, media, and the billionaire class.  When Warren Buffett bluntly said that there is class warfare, and that his class is winning, take that seriously. Our research on how ‘castle and moat’ plus attempts at manipulating information have been deployed in our industry arguably have their national corollary.  The only serious effort to debate that topic resulted in verifying and strengthening our stance.

Apply that to the nation at large. In making specific requests for insights from other professions, MHProNews has heard some similar concerns from independents in those arenas. Given how corporate structures work, a relatively few numbers of people could issue an instruction, and then ‘training’ within an organization could make up the difference needed to create problematic outcomes in business, media, politics, and more. That’s not a conspiracy theory, that’s sobering reality that has evidence to support it.

Rephrased, there is an evidence-based debate to be had that big media, big tech, and the several in the billionaire class have been in de facto collusion if not actual complicity in an effort to tilt elections.

Among the silver linings? As a potential “Biden-Harris Administration” start making their pronouncements, as leaks from freaked out Democratic lawmakers saying that this 2020 race revealed the opposite of the blue wave claimed, and growing evidence of possible election manipulation and fraud could lead to new safeguards.

Additionally, it is worth mentioning that the ‘debate’ process in this country also needs to be revisited. While 30 second to 2-minute answers to questions may yield interesting soundbites for video or audio, they are not a valid example of actual debating that informs voters. Further, when 3 of the 3 actual and proposed moderators for the 2020 Presidential debates turned out to be Democratic supporters, that too undermines the credibility of that platform.

Let’s draw to a close by paraphrasing a point that Senator Marco Rubio made. “All Democrats are not socialists, but most socialists support Democrats.’ That is not about bashing Democratic supporters. This is about a call to accountability for those who may have manipulated voters and votes. That purported problem harms rank-and-file Democrats, Republicans, and independents alike.

Finally, the Soviet-like call for punishing President Trump and his supporters from the left for daring to challenge the Establishment are reasons for them to leave no legitimate stone unturned to see to it that this 2020 vote is properly resolved and following legal challenges, certified. When there are so many possible ways for votes to be manipulated, that harms trust in the system. When certain voices on the left are calling for lists and action to punish President Trump and his supporters, that’s not only dangerous, it is all the more reason for the 45th President and his backers to back him.

Election integrity is an important issue, but is clearly not the only important issue. Dark forces have been accused by credible voices of colluding to rig the system against the vast majority of the American people. That must be resolved too. Is there any reason to think that Biden-Harris, which benefited from that dark alliance, that they will challenge it and clean it up? That’s so unlikely that its absurd.

Obama-Biden could have resolved these issues during their 8 years in office. Obama-Biden didn’t have a de facto coup of deep state insiders that dragged their administration down, as President Trump experienced his first three years in office. With all of the opposition, plus big tech, big media, and big money opposition, the Trump Administration has made historic advancements.

That fight to unrig the system must continue. Thankfully, there is every reason to think that Team Trump will do precisely that in the weeks ahead. It is not over. The proverbial fat lady has not yet sung.

Stay tuned for what could be in time be seen as a dark grace.

It may be ugly for a while. But it can be ugly lancing a boil too. It is only after a boil is lanced, after the pain, puss, and blood are dealt with, that is when true healing occurs. After years of what voices across the left-right divide has said is a ‘rigged system,’ isn’t this the time to examine how that has been rigged? And isn’t this also the time to insure that the system is unrigged? This fight is not over. It is only warming up. A historic opportunity awaits. 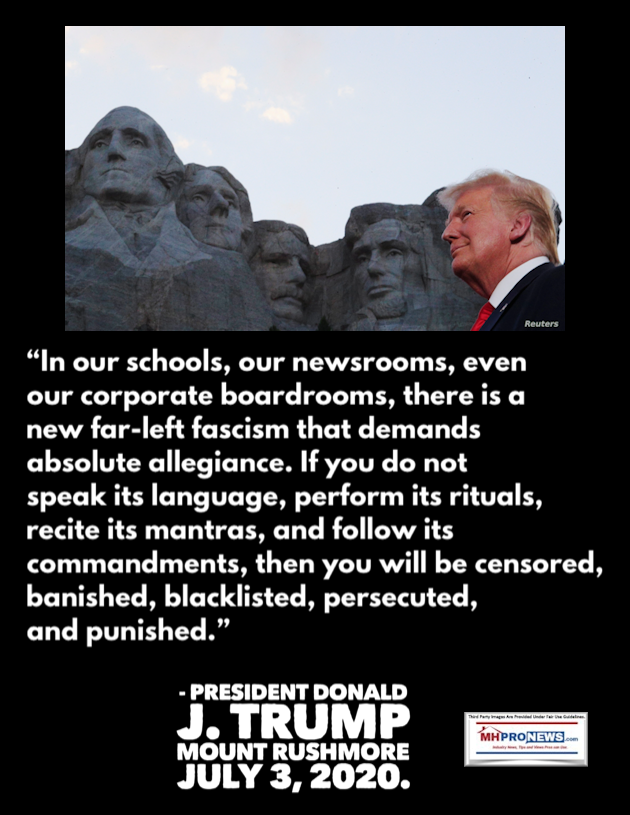 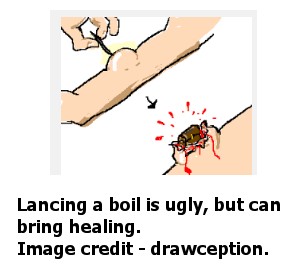