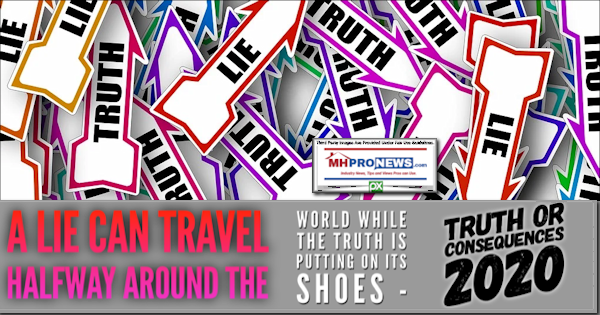 “It’s easier to fool people than to convince them that they have been fooled.” – is quote with a disputed attribution to Mark Twain, as is the headline ‘quotation’ – “A Lie Can Travel Halfway Around the World While the Truth Is Putting On Its Shoes.” Each statement above and that follows are a keen insight into the pressing topic of “Truth or Consequences” 2020.

“Do not trust too much to the goodness of your cause; for, as [Thomas] Jefferson said, falsehood will travel over the country, while truth is pulling on its boots.” 1 That sobering version of the headline quotation, which Quote Investigator says has this similar version: “A lie can travel halfway around the world before the truth can get its boots on.”

It’s a sobering thought. Why is a lie so easily believed and spread? Why is the truth often more difficult to prove? There are many possible answers.

Sufficient for now is the point made by this variation, “Do not trust too much to the goodness of your cause; for, as [Thomas] Jefferson said, falsehood will travel over the country, while truth is pulling on its boots.” Whoever said it, it is an example of the value of maxim of “separating the wheat from the chaff.” 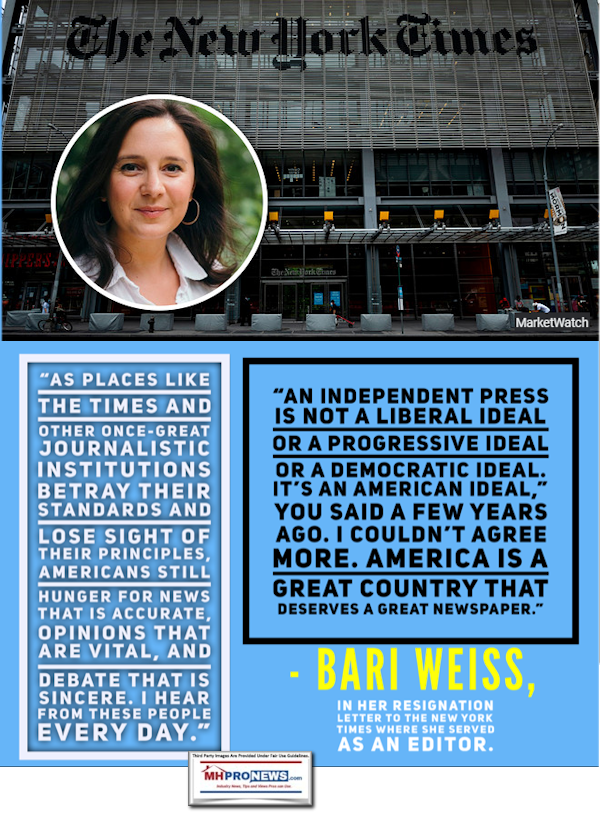 In an age of confusion, it takes effort to find the truth and express it when extreme claims about opposition views are common. Several media personalities have raised this issue recently or earlier this year, as the graphic quotes shown illustrate. 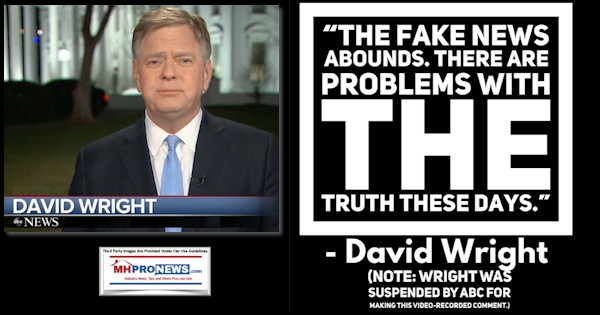 It is no shame to be the victim of deception, though some perhaps understandably believe it to be embarrassing. In fairness and humility, this writer has freely admitted several times to our readers when some person or organization was trusted that turned out not to be trustworthy. Rephrased, I admit to being misled.

That sort of admission is not a chain, that’s liberating. Because the only way that those guilty of deception can be held accountable is to first admit that someone purportedly engaged in wrongdoing.

Once a deception is discovered, a person should ideally begin the process of making the necessary corrections based on reality rather than the deception.

Note that some forms of deception separate someone from property or some other good that rightfully belongs to the person who is targeted by a deception. Fraud by deception and lying under oath are thus crimes in the U.S. and in other several other nations too.

Different Types of Deception or Ignorance.

The major parties use consultants that have access to experts in sociology and psychology. With focus groups and other methods, they are well aware of the ways they can motivate their respective ‘base.’

It is unjust to blame someone for being deceived. It is akin to blaming the victim of a crime.

That said, there are times that someone – out of habit, due to ego, bias, or some other reason – may not be open to hearing the truth that debunks a false or misleading statement. 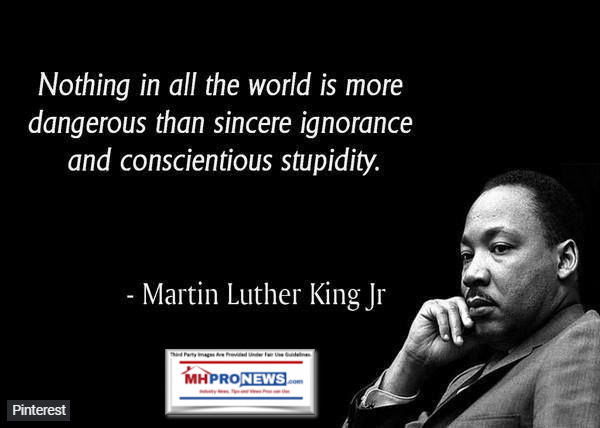 Your Dictionary defines willful ignorance like this: “willful–ignorance. Noun. (uncountable) (idiomatic, law) A decision in bad faith to avoid becoming informed about something so as to avoid having to make undesirable decisions that such information might prompt.” 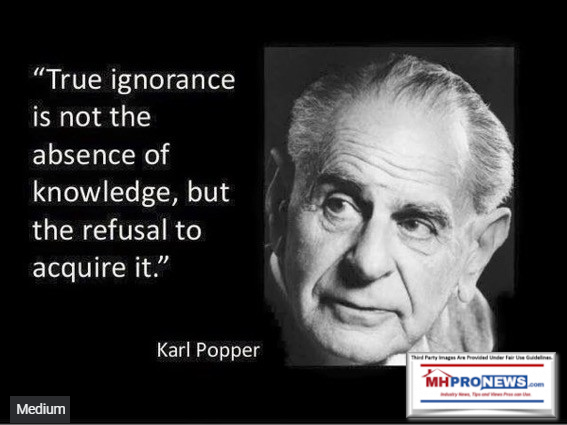 There are several methods used by those who try to trick someone with misinformation. One such method is paltering, which is a mix of truth and misinformation or spin.

Business, politics, habits, and other beliefs are blending into a web of various threads that are not easily separated. Perhaps on several levels, that is as it should be.

In a general election year, a clever lie may appeal to “the base” or core supporters who spread a given lie. Ego as well as what friends, family, or colleagues ‘might think’ if a serious shift occurs – these must be overcome. To change the perspective of someone tempted to follow a lie requires a hook or an impetuous to test and finally abandon a falsehood.

Yet this ability to battle and triumph with truth over lies is critical in our industry or other professions too.

Riots in the streets, attacks on people, police,  churches, or against people who think other than themselves, plus the destruction of private and public property – these are all symptoms of the disease of believing misinformation and thinking such behavior is acceptable.

It makes some uncomfortable to talk in terms of eternal truths, the nature of humanity, about God, heaven or hell.  But at its core, each of the symptoms of what is going wrong in America and in nations around the world, truth or the consequences of falsehood are found in the proverbial bullseye.

Let’s first stress a point just referenced. It isn’t just the U.S. that is suffering the effects of the COVID19 pandemic and its aftermath. To various degrees, Europe, Africa, Latin America, Asia and even China – where the Wuhan coronavirus apparently originated – are all impacted too.

Just as there is social unrest in the U.S., it can also be seen in various parts of Europe, Hong Kong, in Africa, Mexico or other parts of Central and South America. It may differ in the details, but the unease is there.

The cause can be boils down to three difficult letters. Sin. It is the battle between good and evil. Because the issues raised – be it racial, economic, or other claims of injustice – are all at their core about what is right or wrong.

In most religious beliefs, it is acknowledged some version of the notion that most of humanity – with a few possible exceptions – has at various times been mistaken and by accident or intent, done wrong. That can be liberating when properly understood. You are not infinitely superior to me, nor I to thee, in the sense of being sin free.

There is an expression that someone is called to love the sinner but hate the sin. That’s a useful ideal to keep in mind.

That said, there are some evils that must be exposed and defeated.

Deception – trying to replace truth with a lie – is condemned by many faiths and thinkers, ancient and modern, from around the world.

It may seem to be simplistic to get back to the importance of truth versus lies or deception. But our nation and era arguably demand that level of ‘back to basics.’ What a close look at our times reveal is that there are serious consequences when the truth isn’t understood and embraced. See the Big Lie for more.

There is a battle for what is or isn’t true. So, in a back-to-basics start to fixing what is challenging America, once more, this quote. “Do not trust too much to the goodness of your cause; for, as [Thomas] Jefferson said, falsehood will travel over the country, while truth is pulling on its boots.”

In an emailed statement, “[Manufactured Housing Institute] has published enough razzle- the past 3 years to wallpaper an entire house and have some leftover.” So said an association connected source in response to the Arlington, VA based trade group MHI, which touted for their readers their latest photo opportunity at a White House deregulatory event featuring President Donald Trump and Vice President Mike Pence.

For two months running, job creation – or recreation – has outpaced expectations. The hope of a so-called V shaped recovery have been growing. But has media across the left-right media divide have reported, the numbers of newly reported daily cases of COVID19 has surged past 55,000, according to the l eft-of-center NPR.

The word “historic” or “epic” can often mean “inspiring” in specific contexts. The historically tough resolve of those who died defending a monastery against Mexican invaders became the battle cry ” Remember the Alamo” that led to Sam Houston’s upset victory against Santa Anna’s force that had double the numbers of the Texan soldiers.

Governor Andrew Cuomo (NY-D) and President Donald J. Trump (GOP) are among those who have called the fight against the Wuhan Virus a war against an invisible enemy. While the metaphor fits in some ways, an argument can be made that the enemies in this war are both visible and invisible.