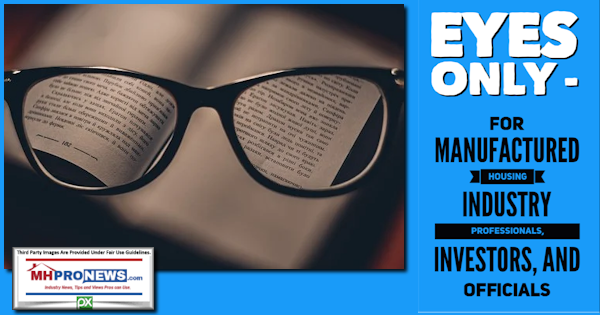 Hard data has no bias.

While facts make some happy and others unhappy, when facts are objectively viewed, they shed light on issues that matter to manufactured housing Industry professionals, investors, and public officials.

What follows is “inside baseball” for industry-connected professionals.

This will make the most sense to detail-minded individuals who have a keen interest in manufactured housing. Let’s note as a preface that unlike many in media that focus on shorter articles, roughly 400 to 800 words in length, while by contrast MHProNews reports are often 2,000 words or more in length. We’ve tested shorter articles. Professionals may gripe or vent about longer reads, but based on hard data, they wade through it on our site routinely and then come back for much more.

If so, then a trade publication or MHVille blogger addressing industry professionals as their target audience would normally rarely see more than 5,000 hits on a post or article. They might achieve perhaps 10,000 hits tops on an individual article or post. That’s due to the makeup of the industry and the type of content being published. Everyone working in manufactured housing matters, but there are tens of thousands who would have little or no interest or need for the kind of information that some publish.

Frankly, based on known data linked here and here, there are good reasons to believe that few if any of our would be rivals get 5,000 hits on one of their posts. Here and here are examples – evidence or proof – based on data that underscores that claim. Screen captures further below are illustrations. One rival was apparently so embarrassed by their low traffic compared to MHProNews, they have since removed their public data that revealed how often (or seldom…) that post was viewed. It should also be noted that they and others refuse to engage on the topics of the day, including their claims.

Mainstream comparisons are not apples to apples. But the example below helps frame the topic too, because Forbes is one of the larger professional publications online. 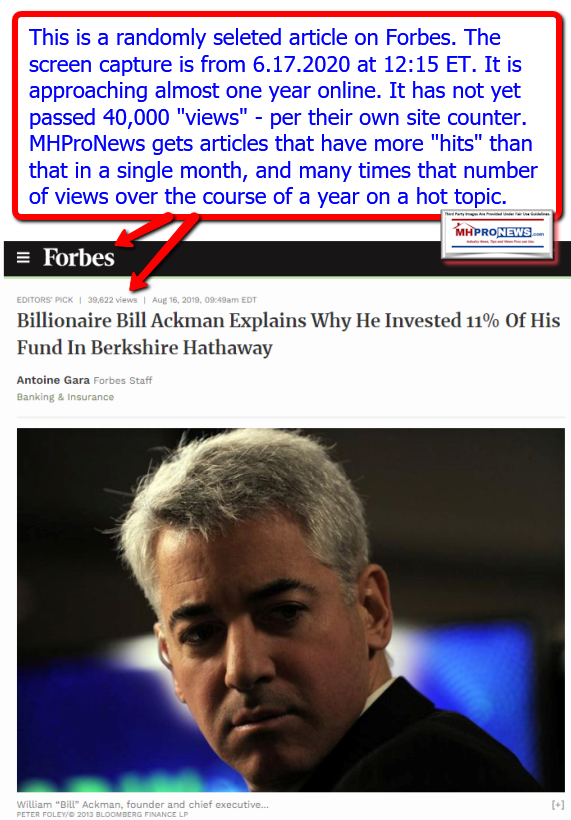 Thus, the data that follows is an indication that professionals value facts, evidence, thoughtful analysis, and fact-checks. In an era of when ‘fake news’ abounds, this is arguably hard evidence that people want information that they can trust.

For those who are newcomers, a few disclaimers and technical points are warranted.

MHProNews is a large site with over 20,000 articles published over the course of 10+ years. This platform has over 12 cPanels, and the data below is from only out of those dozen-plus cPanels.

Rephrased, there are more hits than what is shown. If each cPanel totals were all aggregated and totaled up, the final count would be higher. That noted, candidly this is the largest data-set by cPanel, so it is a conservative but reasonable indicator of the information reflected.

This report was “Generated 17-Jun-2020 07:13 CDT,” per Webalizer which is nested on the server, so the data should be quite accurate.

An article on our site – or any other in MHVille – that passes 5,000 to 10,000 hits are well read in an industry of only some 75,000 full-time people. That noted, we have numerous articles this month – and any other – that have surpassed 10,000 hits. One article this month-to-date is over 91,000 hits. But this next one shown below has blown beyond 700,000 hits. At the current pace, the report linked below could pass 1 million hits in a single month.

All three of our top articles this month are on issues that are only tangentially involved in manufactured housing, like the one above. At this pace, as noted, that top article might break one million hits this month, and I don’t recall that occurring before. Others will likely break 100,000 hits. That means there will be more hits on some articles this month than there are professionals in the manufactured housing industry. It’s a stunning data point.

Among recent outreaches – contacts – to our platform are from attorneys as well as professionals from large, sometimes international, firms. They routinely find our content of interest; they say so.

Returning to some Webalizer data, month to date, 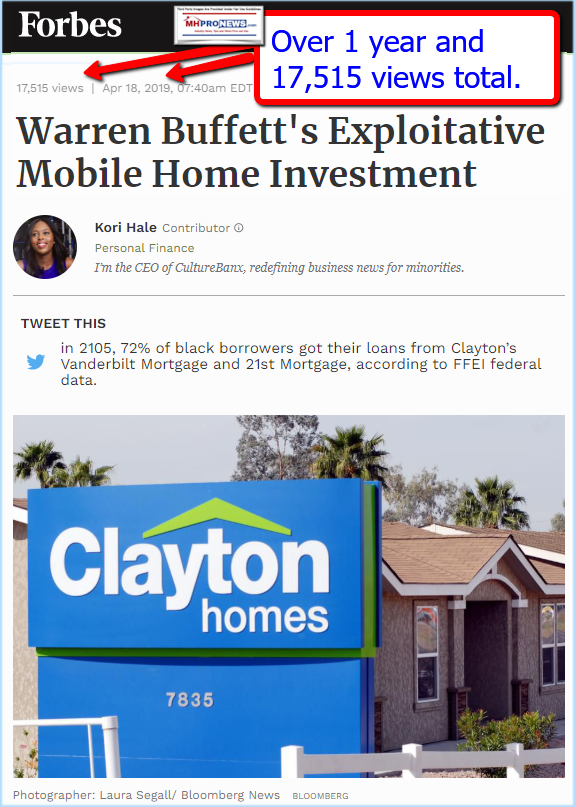 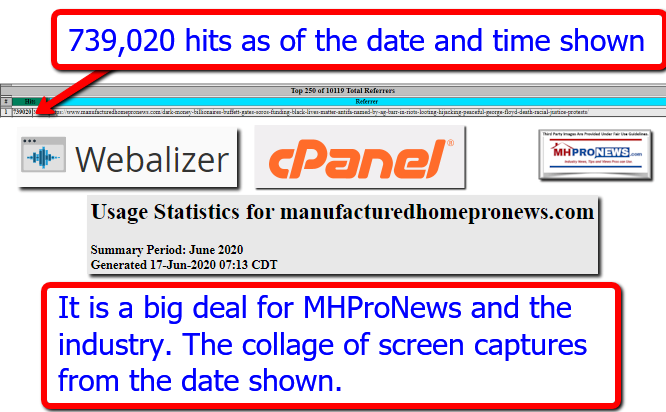 Why Does This Matter?

There are many reasons. In no specific order of importance, here are a few.

In manufactured housing, there are larger websites than MHProNews – but they are the ones that are focused on the general public. This site is focused on professionals.

By hitting the facts, by providing hard-hitting evidence and reason based analysis, we’ve built the runaway largest or most-engaged professional trade media platform in manufactured housing. Period. Those who claim differently are lying or spinning hard.

But this isn’t just about tooting our horn, which is relevant. Rathe, it is also about the potential our industry might achieve.

Could it be that people can smell BS and tell the difference between BS and straight talk?

Affordable home ownership is the most proven way to household wealth creation. The potential for manufactured housing is enormous. It has been too long since we posted this data point below. 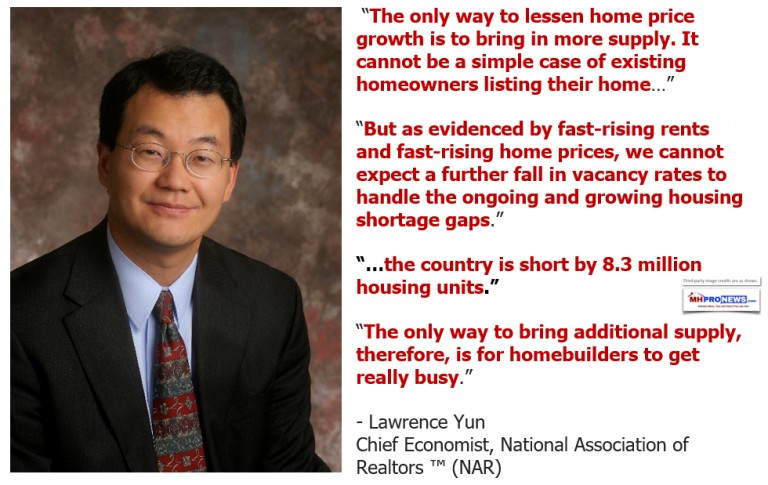 There are publicly traded firms which are arguably underperforming badly, and are doing so knowingly. Why? Because they are more focused on eliminating competitors than they are on growing their – and thus the industry’s – total sales. See the related reports below for more on that and other topics. 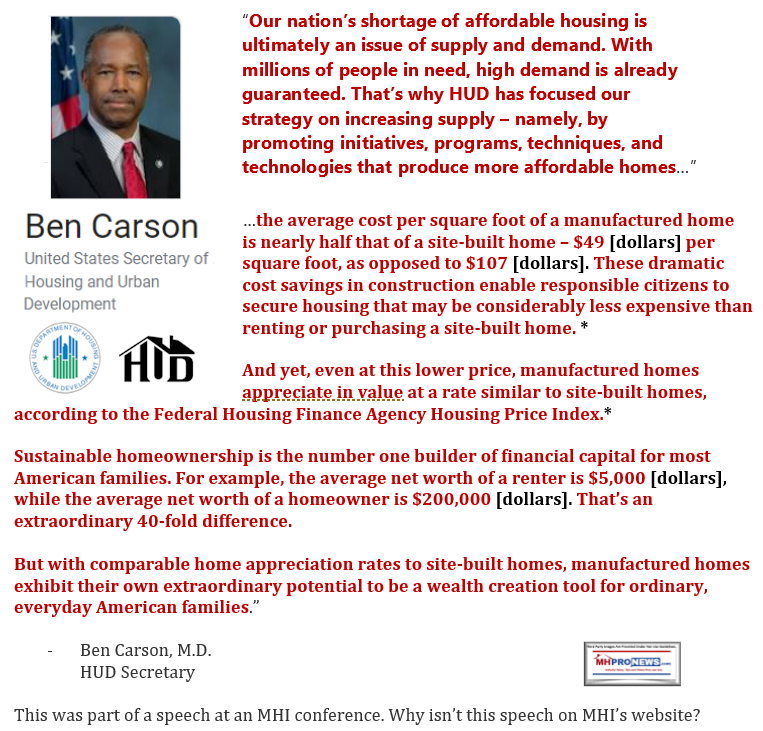 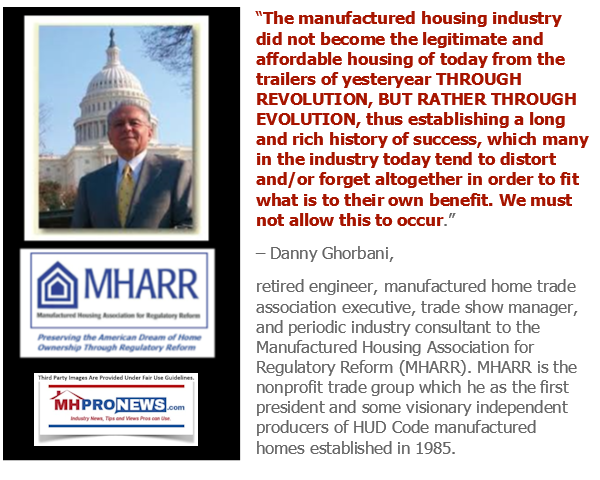 Programming note. MHProNews is in the process of revamping our industry-leading x2 weekly emailed headline news updates. The revisions should be completed by late June or early July. Watch for it.

See the related reports following the byline and notices.

The industry is underperforming. There has to be a logical reason for that during an affordable housing crisis. The reason this site is so highly read by MHPros is arguably because we gather the facts, data and provide analysis that no one else in the industry’s trade media dares publishing. That’s likely why were are the documented runaway #1 most read and largest.

Peter Buffett. Jennifer Buffett. Warren Buffett. The NoVo Foundation. Who they have donated money to support. How those donations impact and/or influenced manufactured housing. These will all be explored in tonight’s featured focus. Facts are what they are. ” Truth” could be defined simply as ” that which is true or in accordance with fact or reality,” per Oxford Languages.

“As more lives and communities are destroyed by the system that creates vast amounts of wealth for the few, the more heroic it sounds to “give back.” It’s what I would call “conscience laundering” – feeling better about accumulating more than any one person could possibly need to live on by sprinkling a little around as an act of charity.”

” NAI Iowa Realty Commercial is a Berkshire Hathaway Subsidiary,” says Joanne Steven’s ” Manufactured Home and Mobile Home Park” May 2020 ” newsletter.” Preface. Someone can be the nicest person in the world, and wittingly or unwittingly still be a tool or pawn for others with greater power.

The powers that be in manufactured housing simply can’t have it both ways. Either Berkshire Hathaway Corporate and their manufactured housing industry unit leaders – as well as Manufactured Housing Institute key staff and members – are intelligent bosses producing great or “superb” results – or they aren’t.

Consider the following 5 bullets. The interests of thousands of manufactured housing businesses that are independently owned are being destabilized by larger rivals in purportedly deceptive, illicit and illegal ways. The value of the property of millions of mobile and manufactured homeowners are being undermined by tactics that redirect or thwart good laws in ways not originally imagined by legislators.