“The Clayton Act also authorizes private parties to sue for triple damages when they have been harmed by conduct that violates either the Sherman or Clayton Act and to obtain a court order prohibiting the anticompetitive practice in the future,” says the Federal Trade Commission website page, further linked below.

“Section 7 of the Clayton Act prohibits mergers and acquisitions where the effect “may be substantially to lessen competition, or to tend to create a monopoly,” per the same federal facts page.

“Long ago, the Supreme Court decided that the Sherman Act does not prohibit every restraint of trade, only those that are unreasonable. For instance, in some sense, an agreement between two individuals to form a partnership restrains trade, but may not do so unreasonably, and thus may be lawful under the antitrust laws.”

“On the other hand, certain acts are considered so harmful to competition that they are almost always illegal.”

“These include plain arrangements among competing individuals or businesses to fix prices, divide markets, or rig bids. These acts are “per se” violations of the Sherman Act; in other words, no defense or justification is allowed,” their overview page states.

The quotes above are highlights from the FTC text below, which is shared verbatim as follows for their complete context.

Note that after this section, there will be additional comments and links to information for those impacted or researching this high-profile topic.

The Antitrust Laws, Per the FTC

“Congress passed the first antitrust law, the Sherman Act, in 1890 as a “comprehensive charter of economic liberty aimed at preserving free and unfettered competition as the rule of trade.” In 1914, Congress passed two additional antitrust laws: the Federal Trade Commission Act, which created the FTC, and the Clayton Act. With some revisions, these are the three core federal antitrust laws still in effect today.

The antitrust laws proscribe unlawful mergers and business practices in general terms, leaving courts to decide which ones are illegal based on the facts of each case. Courts have applied the antitrust laws to changing markets, from a time of horse and buggies to the present digital age. Yet for over 100 years, the antitrust laws have had the same basic objective: to protect the process of competition for the benefit of consumers, making sure there are strong incentives for businesses to operate efficiently, keep prices down, and keep quality up.

Here is an overview of the three core federal antitrust laws.

The Sherman Act outlaws “every contract, combination, or conspiracy in restraint of trade,” and any “monopolization, attempted monopolization, or conspiracy or combination to monopolize.” Long ago, the Supreme Court decided that the Sherman Act does not prohibit every restraint of trade, only those that are unreasonable. For instance, in some sense, an agreement between two individuals to form a partnership restrains trade, but may not do so unreasonably, and thus may be lawful under the antitrust laws. On the other hand, certain acts are considered so harmful to competition that they are almost always illegal. These include plain arrangements among competing individuals or businesses to fix prices, divide markets, or rig bids. These acts are “per se” violations of the Sherman Act; in other words, no defense or justification is allowed.

The penalties for violating the Sherman Act can be severe. Although most enforcement actions are civil, the Sherman Act is also a criminal law, and individuals and businesses that violate it may be prosecuted by the Department of Justice. Criminal prosecutions are typically limited to intentional and clear violations such as when competitors fix prices or rig bids. The Sherman Act imposes criminal penalties of up to $100 million for a corporation and $1 million for an individual, along with up to 10 years in prison. Under federal law, the maximum fine may be increased to twice the amount the conspirators gained from the illegal acts or twice the money lost by the victims of the crime, if either of those amounts is over $100 million.

The Clayton Act addresses specific practices that the Sherman Act does not clearly prohibit, such as mergers and interlocking directorates (that is, the same person making business decisions for competing companies). Section 7 of the Clayton Act prohibits mergers and acquisitions where the effect “may be substantially to lessen competition, or to tend to create a monopoly.” As amended by the Robinson-Patman Act of 1936, the Clayton Act also bans certain discriminatory prices, services, and allowances in dealings between merchants. The Clayton Act was amended again in 1976 by the Hart-Scott-Rodino Antitrust Improvements Act to require companies planning large mergers or acquisitions to notify the government of their plans in advance. The Clayton Act also authorizes private parties to sue for triple damages when they have been harmed by conduct that violates either the Sherman or Clayton Act and to obtain a court order prohibiting the anticompetitive practice in the future.

In addition to these federal statutes, most states have antitrust laws that are enforced by state attorneys general or private plaintiffs. Many of these statutes are based on the federal antitrust laws.”

The above is quoted verbatim from the page, linked below. 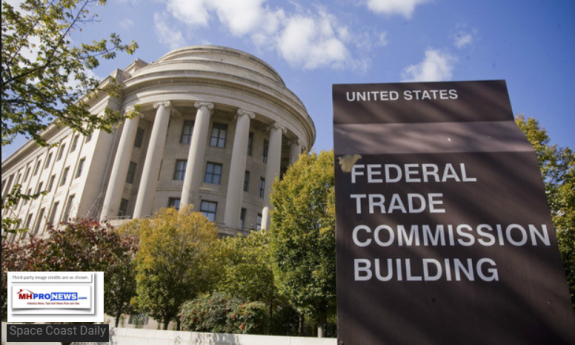 During an affordable housing crisis, how is it possible that manufactured housing is doing so poorly?

Was it a series of mishaps?  Or what is part of a plan, to allow the regulatory state to be used to crush many, so that those who built “the moat” could benefit?

Antitrust, or anti-monopoly laws exist, as the FTC said, because it harms businesses and consumers alike.

Are there reasons to think to think this may apply to manufactured housing?

That’s for a court to decide, and for attorneys who contemplate such a case to consider, and argue. That said, consider this.

There are certainly Democratic lawmakers who have raised this issue, and others, who have specifically called Clayton Homes and their Berkshire Hathaway sister companies of 21st Mortgage and Vanderbilt Mortgage, a ‘near monopoly.’

As MHProNews began reporting for almost a year, there are also those within the ranks of the industry, who have called out MHI – widely seen within and outside of the industry as dominated by Berkshire Hathaway – as a tool of Warren Buffett led brands.

Not because these reports are among the most read articles,
but because there are voices within and outside of MH that say that this matters,
and because readers thank MHProNews for “having the guts” to cover it on behalf of the independents and consumers – who allegedly have been, are being, or will be harmed – we’ve taken this issue on.

Allegations like those noted in or linked from this article have been carefully examined, per sources to MHProNews, from within Berkshire Hathaway owned brands and from MHI.

Given that MHProNews has invited replies we would publish, why have they not done so?

Given the fact that MHProNews’ publisher has invited a public debate MHI performance and related issues, why hasn’t Gooch, their attorney Rick Robinson (who as an attorney, is essentially trained in debating), or Richard “Dick” Jennison taken up the invitation?  Such a debate could be done via a recorded video, so that the entire industry could see it.

Why has MHI ducked out on that? Why didn’t MHI’s communication professional, Patti Boerger, join the panel discussion on “engaging the media” she was invited to at Tunica in 2017?

Such reporting is only possible because some have provided their keen insights, documents, insider information, or who have otherwise made these concerns and controversies publication possible.

When Doug Ryan at CFED (rebranded as Prosperity Now) leveled the charge of monopoly, MHI’s Lesli Gooch was quick to publicly reply.  Frankly, Ryan’s framing of the issue wasn’t the strongest, and Gooch’s reply was thus made easy.

But after months of invitations to MHI – including Ms. Gooch – other staff, and their executive committee members, MHI stopped replying to these concerns roughly a year ago.  They have also expressed refused to take questions in public.

In what might be seen as a type of ‘replies,’

Note, these threats don’t deny what we’ve published. They are nibbles at the edges, not a denial. Last but not least, MHI sent an anonymous, unsigned letter, removing MHProNews as a member, under the pretense that they had no category for a news source in their association.

That’s demonstrably a ruse, but for reasons that will become clear in the days ahead, they would not give any of the documents requested that preceded that membership cancellation letter.

MHProNews is not alone as being singled out for a win-lose type of proposition. But all of this begs the question, what are they hiding?  Why are they hiding it?

We hear from Congressional sources that investigations are underway.

We know from other sources that media and third parties are tracking these developments, and taking an interest.

Is there an anti-trust (anti-monopoly), case to be made?

Are there hundreds, perhaps thousands of manufactured home business that have been harmed by “the moat” and MHI’s arguably poor performance?

If MHI et al are serious about facts and defending the industry, why haven’t they corrected the documented cases of factual errors MHProNews has spotlighted, which have been disputes that arose from MHI’s own members?

If MHI et al are serious about facts and defending the industry, why don’t they respond to each and every flawed media report, as was once floated as part of their reason for hiring Boerger in the first place?

Do you or someone you know have a case or claim against MHI, Berkshire Hathaway?

Triple damages may await those willing to jump into that fray.

New Year’s Resolution: On this 11th day of Christmas, a request.

This writer already has one of the largest LinkedIn followings in the manufactured home industry. But we’ve frankly not asked for Twitter, or Facebook followers. That changes, starting today. If you want to keep up with posts relevant to the industry, you can connect via the links below.

Note 1: Thousands do it. You, your team, and industry colleagues can sign up to the MH Industry leading headline news/updates – typically sent twice weekly – please click here to sign up in just seconds.

Note 2: For media, business development, training, or other professional services, click here. The more pros like you that use our services over any others, the more we can protect, educate, and promote the Manufactured Housing Revolution.