Zig Ziglar popularized the expression of ‘don’t get cooked in a squat.’ The illustrations below explains the point.

The expression means, don’t limit yourself – or let others limit you – as a result of restrictive thoughts, actions or inactions.

There are arguably few industries that are better poised for potentially explosive growth than manufactured housing. America, indeed much of the world, needs affordable quality homes. Factory home-building provides that option.

Our industry once achieved new home shipment numbers some can’t even imagine today.

Given that almost two decades have elapsed since manufactured housing’s 1998 high of 372,000+ homes, many professionals from those heady days have:

We have a new generation – including owners and management – many of whom have never personally experienced high volume before.  Many of those need coaching by those who have seen it, done it and are still doing it.

Hooked on MH’s Version of Cocaine?

There are some who think that only bad lending can get manufactured home sales volume back up.

Some think the industry is addicted to bad lending, and that only unsustainable loans can lead the industry to higher volume.

While it is true that loose credit was a driver for tens or hundreds of thousands of MH sales back in the roar of the 1990s – until the MH Industry’s financing collapse by the early 2000s – its false to believe that only “loose” lending can return the industry to previous greatness.

Just look at the shipment graphic above again.  The industry did over 200,000 new home shipments for years after the HUD Code was enacted, with lenders and others that all made a profit.  It was in the 1980s that yours truly entered manufactured home sales, and so this writer can tell you first hand that those like us did our part to help millions become home owners, most of them happy with their choice. 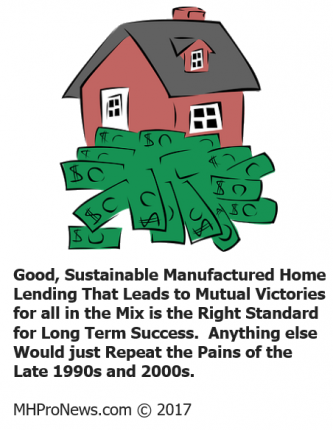 Industry professionals largely realize that life is about mutual victories.

Fears of a repeat of the late 1990s and early 2000s are part of the excuse that the Government Sponsored Enterprises (GSEs) – rightly or wrongly – use to not move into chattel loans, or that’s causing them to do so tepidly.

The GSEs management that’s taken the time with our industry believe in our HUD Code home product! But they want to make sure that their loans perform.

When loans perform and make buying a home realistic, everyone in the mix can in theory, win.  This is where HUD Secretary, Dr. Ben Carson’s point about home ownership leading to wealth building makes sense.

State and community association members are the ones who vote for and/or support a legislator.

Yes, national associations can engage any congressional representative or senator too. But at the end of the day, someone back in that elected official’s district ought to be in the mix.

So, we find the insights from the states to be as interesting and relevant as those from a national association. Each one needs the other.

What the state association execs often say off the radar isn’t what you’d hear at an MHI meeting being said out loud. While some at the state level are happy, a number have several unaddressed concerns. 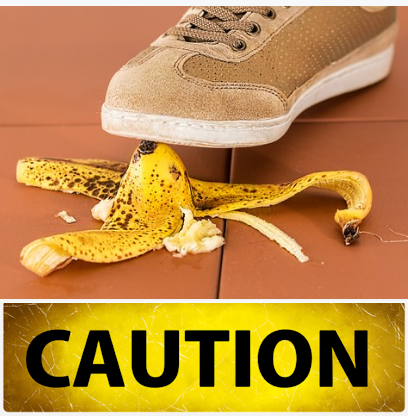 We’ve identified that there are states that are still flat, rising very modestly or are shrinking in sales.

We’ve identified the fact that MH rental housing – destined for manufactured home REITs or other land-lease communities that want a faster fill than sales previously gave them – has a narrow window.  Depending on who you listen to, the heavy-orders from communities may last roughly 5 years (+/-). After that, they will tend to drop off (there will always be a level of replacement sales).

So, filling spaces in higher vacancy properties has driven part of the shipment rise.

There are a limited number of independent retailers, as a result of the wipe-out between 1998 and 2011.

Factories are telling us they could be doing more, opening more plants, etc., but the lack of enough solid independent retailers are part of their challenge.

Factories also tell us that they compete for labor too, much as the stick builders do.

Then there’s the biggest challenge of all, misunderstandings about our industry’s products and services.

Tied in with those misunderstandings are zoning, regulatory or other issues.  Enforcing the “enhanced preemption” of the Manufactured Housing Improvement Act of 2000 would be huge for almost every market where a HUD Code home could fit.

Getting our industry’s lending ‘closer’ to site built lending is desirable, but realistically, numerous locations have proven they can grow with precisely the lending we have today.

Part of the lending solution must include proper appraisals. We should note that one client firm in MH finance is telling us they’re growing at about double the rate of the industry at large.  They are doing that with good credit customers.

Other clients are growing at double – or more – the rate of the industry at large.  They’re doing so selling upscale homes.  Entry level housing is great and necessary, but HUDs could always “own” that market.  They are also often the hardest buyers to finance.

So, one key to growth are those well-qualified, site-built buyers, who want to own for lower costs.  We in MHVille could own much of the housing market under $200,000.

We’ve worked with and talked to enough real estate agents who get it, site builders who get it, and industry pros who learn it and do it to know that these are not pipe dreams.  They are occurring today, in the real world.

There are those looking at:

What would happen if those cash-rich, tech giants entered the factory-built housing field directly and/or via acquisitions?

There are overseas, Canadian and domestic investors who have stepped into the MHC sphere, and we’ve watched MHC property values go up through supply and demand.

Then there are overseas producers of factory-built housing that are testing the American market. We hear from them directly. Don’t forget, there are HUD Code homes that have been built in Mexico!  Believe the following.

We can see low-cost mods being shipped to the states someday.  They may come from China, Vietnam, the Philippines, Japan, Korea, etc. Container housing is just the tip of the spear.

Finally, our brethren in the modular housing field are busy, busy in smart ways.  Look at what they’re doing, linked here – ICYMI.

So, there’s a huge need for affordable homes, that HUD Code manufactured housing can uniquely fill.  MOD builders want slices from that pie too. 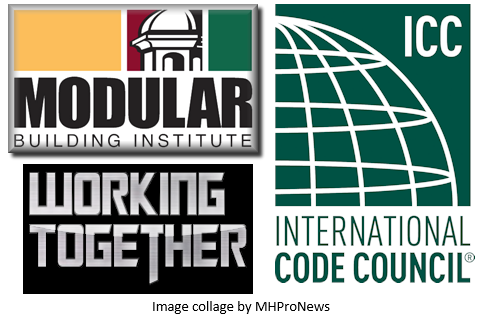 There are also a variety of pressures, road-blocks and threats, including that of self-limiting thinking.

Those tech giants – like our president – think big.  Those deep-pocket investors, think big. Those overseas producers of factory built housing, they see the U.S. market and are salivating. 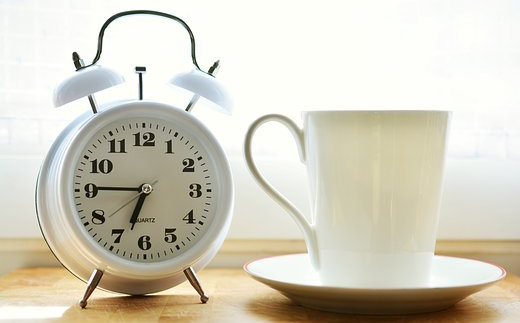 This is Your Wake-Up Call

Yes, the industry is recovering, thankfully so.

While we celebrate that recovery – which so many, including ourselves and others we’ve worked alongside and in conjunction with – ought not kid ourselves either.  Manufactured housing is still stuck in low gear. The threats – and opportunities – outlined above are only some of the ones that we hear and know about.

Third-party reports and professionals – from outside of our industry – often tell me or publish articles that reflect how surprised they are that our industry doesn’t do better. 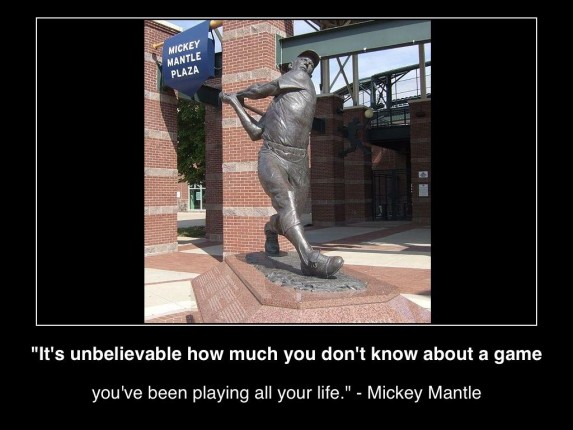 So, when Frank Rolfe says that part of what holds our industry back, is often the industry itself, that’s a fact.

When MHARR tells us they think the industry could be doing hundreds of thousands of new home shipments a year, that’s a fact.

Numerous industry pros – MHI, MHARR, non-aligned – have said, over the years on our pages – similarly in their own words.

We in MHVille, we in HUD Code manufactured housing, ought to be roaring, not snoring.

It All Starts Up Stairs

The first battle is one of the mind.  It is understanding what our manufactured home industry’s true potential is, and not limit our own thinking. The Donald Trump quotes, or the Mickey Mantle quote, just fit. 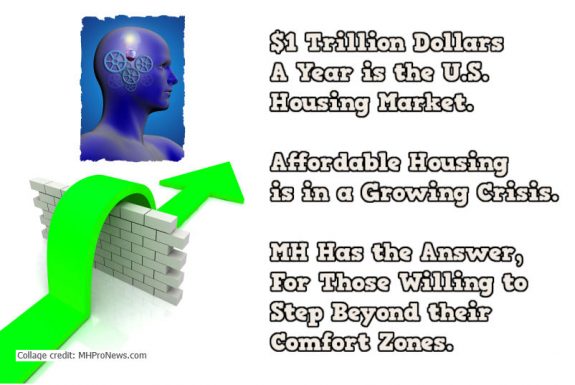 We should not personally allow ourselves to be Cooked in a Squat.

Once we get to seeing that hundreds of thousands of new HUD Code home shipments a year are possible – sustainably, ethically – that translates into millions of dollars more in sales in a market(s) like yours.

Collectively it’s tens of billions a year that could be achieved in short order, and in a trillion-dollar housing market, it is no exaggeration to say that our MH Industry could – on paper – evolve from being a boutique business now to becoming a trillion dollar a year industry.

Autos do so, why not us in MH?

The opportunities here in the U.S. are just that big.

But they will never take place with backward, or self-limiting, thinking.

This brief outline broadly lays out the SWOT reality in objective terms.

Growth starts in your mind, at your location(s), in your part of the industry.

Everything else are details and commentary.

We’ll dig into those details more in the days ahead. ##

(Image credits are as shown above, and when provided by third parties, are shown under fair use guidelines.)