Insanity seems to have taken solid root in wide portions of the United States, including in ways that impact manufactured housing. While some think this is a non-issue, this evening’s snapshot will provide insights some may not have considered.  On a day when markets and manufactured home industry connected tracked stocks largely slid, we’ll look at the border of insanity as our featured report.

Some of us came to the United States legally. Others jump a border, cross the waters, overstay a visa, or otherwise find ways to ignore U.S. immigration laws.

We’ve covered this topic before, but this video clip highlights how this new wave of migrants on the southern border have adapted to the new reality.

Illegal immigrants jump into the Rio Grande to be rescued by border agents in order to be ferried to the other side.

Former CIA officer Mike Baker discusses the debate over border security and whether the U.S. needs to be concerned about terrorists crossing the southern border. 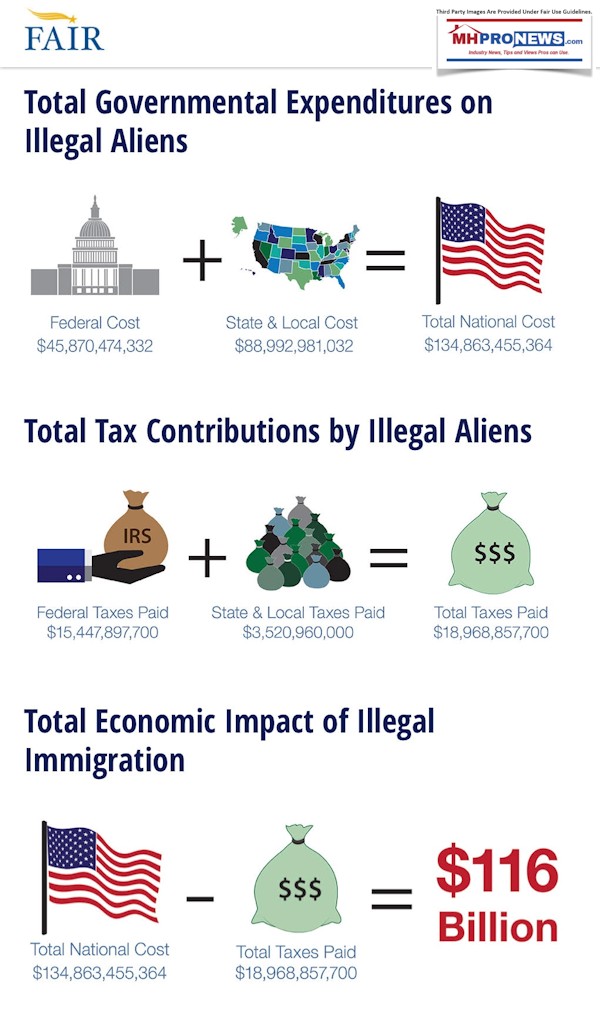 This is costly, but it is also dangerous. Not the least impacted are those lower wage U.S. workers who are here legally. See the related reports, linked below.

Ghorbani Nails Zoning Answers to “How” and “Who”