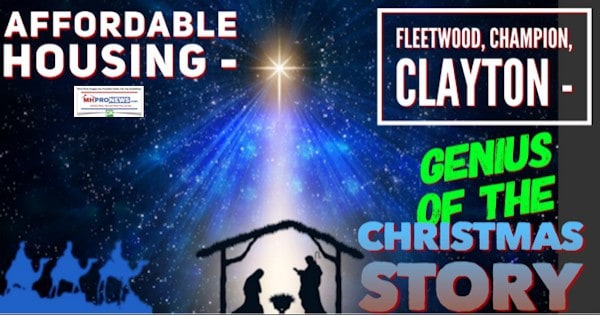 Depending on who’s estimate we accept, there’s some 550,000 to 660,000 homeless in the richest nation on earth, the U.S.A. As rents rise, so does homelessness, says Zillow’s research, which supplied the higher homeless count. With some $22 trillion dollars spent on “Great Society” programs as of a 2014 Heritage Foundation report, one must ask – how much waste, fraud, corruption, and ineffectiveness is there at the federal level alone?

The U.S. homeownership rate doesn’t place us in the top 40 nations on earth, how is that possible?

The genius of the Christmas story is so vast that it can’t be fully grasped in any one article, or book. It can be viewed in a variety of accurate ways. Suffice for now to note that Mary and Joseph were home-owners, not per se ‘homeless.’ Rather, they were traveling when the couple finally found shelter in a stable.

What sparked their journey, so late in Mary’s pregnancy? Because the Roman Emperor Caesar had mandated a census count for tax and other purposes. They had to travel to Bethlehem, because it was mandated by imperial decree – their law.

The carpenter and his family experienced what it was like to be homeless. For what Christians call the “Holy Family,” that stable they sheltered in for the Christ child’s birth may have been in a cave. For thousands in towns like Los Angeles or San Francisco, it may be tents, a cardboard box, dumpster, or a sleeping bag. The ‘luckier’ homeless in the U.S. are living in vehicles, not designed for residential purposes.

Why is it so in the U.S., two thousand years after the birth of Jesus?

There are many causes, of course. Here on MHProNews we track, research, follow-the-money, and report our findings daily on certain aspects of news and view that routinely relate to the broader issue of affordable homes and public policies.

The Holy Family weren’t Democrats, Republicans, Libertarians, Green, Socialists, Communists, or any other political or special interest group – which isn’t a slur on any of the member of those groups, just a statement of fact. But with so many who claim to be Christians, it’s no wonder each of those political groups’ leadership periodically gloms onto the moving Christmas tale, spinning or weaponizing what occurred for their own purposes.

Rather, the Jewish Joseph and Mary were faithful, non-partisan, working-class people.

For thousands of years, there’s been dictators like Caesar, or shrewd (unethical) business people who’ve rigged their scales to give less than what a buyer bargained for.

Before there was Clayton Homes in contemporary manufactured housing, there was what we should clearly state is the OLD Fleetwood Homes and PREVIOUS Champion Homes that were affordable manufactured home builders. The old Fleetwood and Champion of the 1990s were in a race to buy up chunks of the industry in their day. The two firms often paid hefty premiums for retail locations, hoping thereby to increase their market shares, also thereby narrowing the distribution networks of competitors products.

As Warren Buffett observed in an annual letter to Berkshire Hathaway shareholders that in 1998 Fleetwood, Champion, and Oakwood – then the Big Three of manufactured housing – has some 44% of the market. According to data from the now defunct Manufactured Home Merchandiser Magazine, the top three that year – Champion, Fleetwood, and Oakwood – produced 172,723 of the 372,843 total HUD Code manufactured homes shipped that year, or 46.3 percent of the total.

By 2017, it was Berkshire owned Clayton Homes that had some 50 percent market share, although they claim in their annual report that it was ‘only’ 47.7%. Unlike the old Champion and prior Fleetwood, Buffett’s brand Clayton Homes didn’t overpay for retail outlets, factories, or anything else. Rather, Berkshire’s subsidiaries bought locations, loans, and businesses at a discount – a ‘value’ – as investors understandably call it.

There are numerous questions that should arise from this outline. For example, two decades ago – when it was Champion and Fleetwood that dominated the Manufactured Housing Institute (MHI) – how different was it from how the Berkshire brands in manufactured housing dominate MHI today?

Among resident groups, there are squabbles and contests too. GSMOL, for example, wags a finger at MHAction, saying the later are taking credit for things that the GSMOL accomplished. On the professional side of MHVille, the independent producers’ Manufactured Housing Association for Regulatory Reform (MHARR) similarly asserts that MHI often takes credit for things that MHARR or others accomplished. Interesting, isn’t it?

Meanwhile, there are thousands of professionals – and millions of residents – all trying to earn an honest living. Their struggle is often more about battling systems that are often arguably “rigged” by the “big boys” against the smaller businesses and the masses of workers and retirees whom they seek to serve.

Then, millions more trapped in rentals that one protest leader said was “too damn high.”

But negative media like the problematic Netflix series the “Trailer Park Boys” fuels stereotypes that cause many to never consider what the GAO, NAR, Fannie Mae, Ford Foundation, HUD, and other third-party researchers called the most affordable, permanent, and safe – yes safe – new homes in America.

Inaccurate stereotypes, the propagation of misleading information, stigmas, and corrupted, rigged systems all are contributing factors to the tragedy of over a half-million homeless and relatively low rates of home ownership in the U.S.A. today.

Scales, information, and systems are usually rigged in order to cheat the many to benefit a few. It was so thousands of years ago, and it is similar so today.

But angels reportedly sang at the birth of the child Jesus whose birth into a sinful and corrupted world we celebrate on Christmas. Wise men came from afar bearing gifts to curiously see first-hand what that star over Bethlehem was all about.

We are wise when we ponder the deeper meanings of the Christmas story too.

As we bring or open our gifts for each other, let’s remember that a greedy and power hungry few are working to manipulate scales, information, and the masses, for their own benefit. That’s arguably why there’s still so much poverty, and why millions in America are trapped in Mr. Potter’s rentals, and don’t own a home.

May the inspiration of Mary, Joseph, and Jesus enlighten our minds, hearts, and hands to do whatever is just and good. Because the honest actions of the few – then and now – can uplift the many, inspire the wise, and bring out the good in others. The honest truth always what sparks change for-the-better in our world. 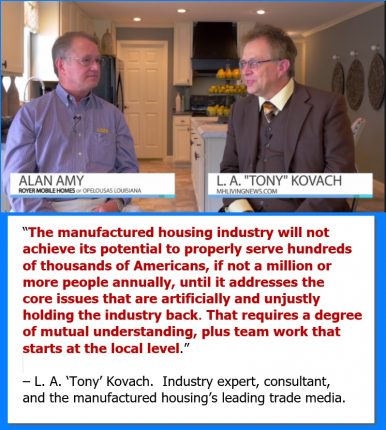 Where I Come From

It’s Your Profession – Investment of Time, Talent, Treasure – So What’s Next?