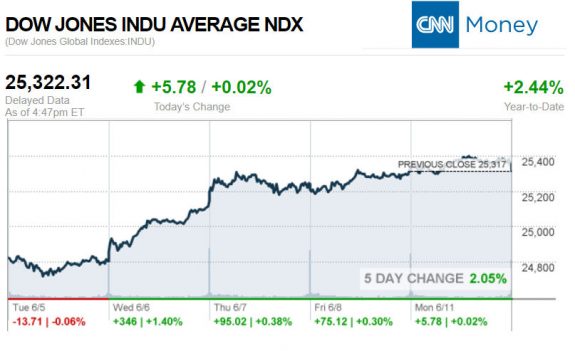 “Judge Nap” expresses his take on what the pending AT&T-Time Warner deal could mean for other media deals that are waiting on the sidelines.  Could this set a precedent for manufactured housing industry M&As?  With manufactured housing stocks mostly up, that pending case and video will be our focus for tonight.

“The decision will very much send a signal as to what to expect from the DOJ in the future,” Judge Andrew Napolitano said on Fox Business Monday morning.

The AT&T- Time Warner merger ruling could set the precedent for other media “M&A” deals in the works, Judge Andrew Napolitano said on Monday.

Court-watchers will be looking for clues in the ruling as to what this might mean for others, including, perhaps manufactured housing.

The president has indicated hinted at times an interest in taking on Amazon.

If so, that may be a parallel to action in the currently lower-profile manufactured housing industry.