There are advantages and disadvantages to being politically incorrect. Some of our industry friends and colleagues are very into being PC, others are opposed. There is national political correctness, as well as MH Industry PC too.

I was listening to un-PC Donald Trump talking about the $800 billion dollar annual U.S. trade deficit. He was ticking off the “disastrous” trade deals – such as NAFTA, China and Korea, plus the Trans Pacific Partnership (TPP) that President Obama wants.  You know, the TPP that Hillary Clinton called “the gold standard in trade deals,” until Bernie Sanders pushed her off that standard through his nomination insurgency last spring.

Hill’s Billy is already signaling that they may move back off that…post election, but that’s another story. Back to the deficit and the point.

Let’s use some common sense, shall we? Wouldn’t we want those dollars kept in the U.S., then have it spent overseas?  Duh, right?

Yes, the cost of some products and services might go up when it is made in the USA.  But given that wages and income are rising too, the payoff is obvious, isn’t it? That was the formula – the U.S. as a producing nation – that made us wealthier than any other land to begin with.

Next, take $2 trillion in regulatory relief – with regulations being a big issue for MH as well as the rest of the nation.

That being invested – using the same formula as above – would result in 13.3 million new jobs.

Next, what about repatriating just $2 trillion of the estimated $3-5 trillion that are offshore today due to our crazy-high federal taxes.  That would be another 13.3 million new ‘good paying’ jobs, because new investment creates demand for construction, making and creating of all kinds.

ICYMI our U.S. Labor Day 2016 report – linked here – showed how phony the official labor unemployment statistics are, because when one stops looking for work, or works ‘underground,’ those souls are not counted.

Take that quick math from those items above.  They add up to 31.3 million new jobs. That’s actually some 8 million more than what the Trump economic plan projects. But the point is, the potential for real growth, not phony FED bubble growth, is all around us. What’s needed is someone who is un-PC, ready to shake up the system.

Then, keep in mind that numbers don’t yet account for:

Yes – there will be some overlap each of the above. This isn’t a Harvard study.  It’s just applying a thumbnail bit of common sense. The point is, this is doable, if we begin to apply common sense.

Whatever you subsidize, you get more of – and the political class is subsidizing a lot these days, to the tune of billions of dollars this election cycle.  Ya think they’re getting what they want?

A Kennedy revealed that George Bush (POTUS 41) plans on voting for Hillary Clinton. How much can someone hate the guy that beat your other son to the GOP nomination? Does politics make – or reveal – strange bedfellows?

6 months ago it was politically incorrect to admit to supporting Donald Trump? It still is.

But as the left-leaning LA Times daily tracking poll claims to reveal, their system allegedly uniquely accounts for those Trump and other voters.

Other polls which lag behind, have also witnessed a Trump surge and a Hill-Billy sinking on the other side. It will be interesting to see the polls once they’ve digested the latest domestic terror attacks…

A successful, respected MH gent who is Libertarian was posting on FB recently.  This gent stated his support for Gary Johnson. He began by saying, ‘I know that Gary Johnson isn’t perfect…’

…but let’s get real. We can say that about any candidate who isn’t the Messianic God-Man.

Her domestic agenda is the last 7.5 years on steroids. 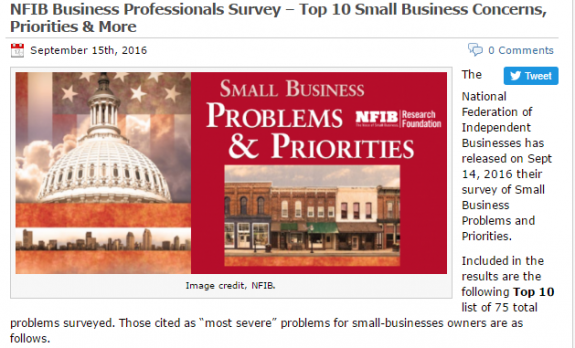 She’s the lawyer in the race, right? (To all my attorney friends and colleagues, sorry...).

I get it why Warren Buffett, SSK’s Nathan Smith (prior MHI Chair) and others support Hillary. Disagree strongly, but defend their right to vote with their wallets and ballots. I get that they want what Hill will give…

…Billy and the doors that swing open when the keys to the Clinton Ca$h Foundation turn the locks.

Capitalists joining with Elizabeth Warren and the leftists?

The system is so unconstitutionally bent that it will not be fixed overnight.

We do need to fix education through true school choice.

We do need to put America First.

We do need a builder in the White House with direct-ties to factory-built housing. We need a guy who took that failed NYC skating rink and fixed in weeks and for far less than what the corrupted city couldn’t fix in years.

I might have watched all told ten minutes of The Apprentice, during channel surfing or walking in where someone else was watching it, and then walking out. Ditto the Trump pageants. I did buy The Art of the Deal decades ago, and it’s was a good read.

The point is I wasn’t a Trump groupie. Having seen nada beyond Jim Webb on the Democratic side of the primaries that resembled free enterprise, I supported an opponent of Trump’s on the GOP side initially.  I listened to others, and kept an open mind.

I recall Whitewater and the Clinton White House.  So I can’t see voting for apparent Hill-Billy corruption. Can you?

One other point the pundits seem to have overlooked.  There are numerous talking heads who see him as Teflon Don, they say that the negative attack ads somehow bounce off him.

That’s not quite how the Masthead sees it. Trump’s negatives are high precisely because of the exaggerations of negatives by attack ads from both sides of the political main aisle.

Trump’s friends don’t think of him as a racist, a misogynist, trigger happy, etc. Any objective thinker who has followed the campaign knows better. So clearly those unfavorable are the results of all those GOP rivals, now Democratic and third party attack ads, plus from an often compliant pro-Hillary media.

Which is why the debates will be huge.

If The Donald stays on message and keeps his cool in the face of traps and trips planned by his opponent, the election could end as a landslide.

We are now only days away from the first debate. Who will win?

As a citizen, let me say the politically incorrect.

America First. Charity begins at home! Charity – investing in our nation first – will be great for the people – our customers – our industry and our nation.  ##