Much of the problems of America can be summed up in the phrase used by voices from the left and the right. “The System is Rigged.” The case can be made that the rigged system extends to business, the workplace, shopping, the legal system, mainstream news, social media, big tech, politics, health, the pandemic or “plandemic” as some have called it, and even into religion and worship – the disruption of the normal practices of believers and faith communities.

Warren Buffett has said on several occasions that there is a war between his class and the rest of America, and that his class is winning that war. Someone can be pro-free enterprise and still recognize that Buffett was sincere and blunt on that occasion. There is no need nor reason to defend Buffett, nor his fellow “rigged system” billionaires and their henchmen.

The old saying goes that the first casualty of war is the truth. Governments have spy agencies to learn each other’s secrets and to defend against threats foreign and domestic. But what happens if those spy services are compromised? What occurs when the courts no longer provide equal justice for all? What happens when everything from work, shopping, faith and more are disrupted and “We the People” are given limited or no say in the matter? All of these things have been alleged in the last 4 years, again, by voices from both the left and the right.

There is a widespread belief that much (not all) of America’s “Establishment” institutions have failed in the run up and aftermath of voting on the November 3, 2020 election. Tens of millions in the U.S. believe that there has been a series of efforts to steal the 2020 election from the Trump-Pence ticket which earned some 75 million votes (perhaps more), the highest for any presidential re-election candidate in U.S. history.

The aim of this column is to outline some common concerns among tens of millions of Americans across the political spectrum, but then to point to the next step in the solution. With the problem clearly understood, the next step is relatively simple. Many may even enjoy doing the next steps to #StopTheSteal. No travel is necessary, although some may want to do that too.

As noted, millions supported President Donald J. Trump in the last election and his running mate, Vice President Mike Pence. Tens of millions of Trump supporters believe that mountains of evidence from witnesses, experts, videos, and more point to a broad based “steal” of the November 3, 2020 presidential election. Historically, it is not the first time, because there are numbers of historians that believe that Democratic backers of President John F. Kennedy ‘stole’ the election in key Democratic strongholds in his contest against Republican candidate Richard Nixon. The question before us today is what are everyday Americans able to do about it this most recent steal attempt?

But first, let’s build out for a few more moments the backdrop, then the proposed solution will make the most sense.

What must occur is that millions of frustrated, angry, and disappointed citizens must contact their lawmakers, first at the federal level, but also at the state level too. A follow up report on that will come soon here on MHProNews. This report will focus on first things first.

The President and numbers of his followers and supporters already realize that that the Congress in joint session on January 6, 2021 has the constitutional power to reject disputed ballots. Learn more at the report linked below.

But today, and between now and the end of January 6, 2021, you yourself, and all those that you know that want to #StopTheSteal must make lawmakers feel the heat. Some have already said that they do not want to do this. Pardon me? Who do they work for? Those special interests, like Warren Buffett and his fellow billionaires? Or do they work for We The People who put them into office?

In drawing this to a close, and not to encourage violence, it must be noted that sadly more violence may be inevitable.

For months following the tragic death of George Floyd protests were hijacked by leftist groups like Black Lives Matter – the BLM nonprofit – Antifa, and other leftist groups like Shut Down DC. Third part evidence reflects the point that these groups routinely got financial support from leftist billionaires like Warren Buffett, Bill Gates, George Soros and others in the major corporate world.

Epoch Times columnist Conrad Black and longtime media mogul has asked the question. Are the FBI and federal agents engaged in a coverup of whatever is known about purported Nashville RV suicide bomber Anthony Warner, his connections and motivations?  While it is interesting to ponder why he gave his property away and such, much of the mainstream media are overlooking the obvious questions. 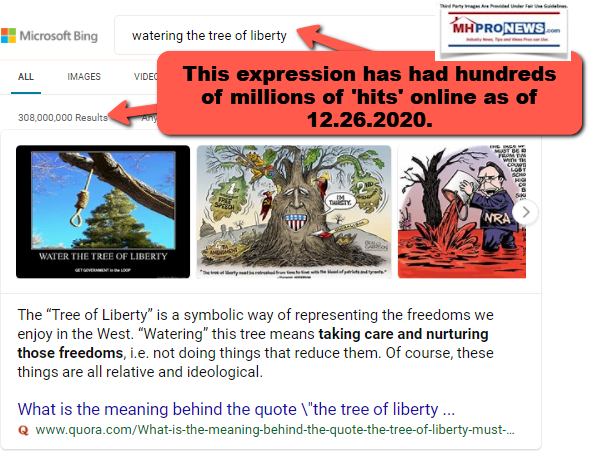 What were the motives behind the Christmas morning RV blast that apparently targeted the AT&T building and communications hub? AT&T happens to own CNN. That communications hub is likely, say several, a reason that locale was targeted by the bomber(s). Was this bomber one of those sending the message – like cartoonist Ben Garrison has said – that the tree of liberty must be watered by the blood of tyrants and patriots fighting those tyrants?

Breitbart reported that Steve Hilton on FNC’s The Next Revolution, a normally pro-Trump voice, said the following.

“We must realize what we are up against,” Hilton outlined Sunday night, 12.27.2020. “This is a zombie establishment, the undead establishment. They just keep on coming, whatever we do, however we vote. How do you kill a zombie? Decapitation is considered the safest technique, and that’s what we have to do to America’s establishment: cut off the source of their power — the rigged system they’ve built for themselves.” That certainly makes sense.

Breitbart quoted Hilton saying, “We need not just a fishing expedition but a giant troll to uncover the workings of the swamp so we can blow the whole thing out of its disgusting, murky water.” He also said “Even a special counsel isn’t enough. We need Watergate-style Senate hearings to expose the swamp and advance anti-corruption reforms. That’s just the start.”

“When the establishment tells you who they are, believe them. They have shown this year that they will stop at nothing to keep their power and privilege and crush the working Americans they contemptuously dismissed. We need to fight back. We need to strike at the heart of their power. We need to show that the next revolution is just getting started,” Hilton concluded.

Much of that makes sense. But Hilton – for whatever reason, e.g.: Fox News management, whatever – failed to note how crucial January 6, 2021 is. Fox News is arguably part of the corrupted Establishment swamp, and while some voices there may still be pro-Trump, they are doubtlessly muted.

One can say “Yes” to all that Hilton’s quotes above said. But one must add to it the absolute need to tell lawmakers that they will feel the heat if they do not see the light on January 6, 2021. Don’t wait. Call and message your lawmakers. Then, get your friends to do the same, and encourage them to spread the word.

StopTheSteal.us has set up this linked page as their example of what message to call or send to lawmakers. We sent a different message, and plan to follow up by sending that infographic above. 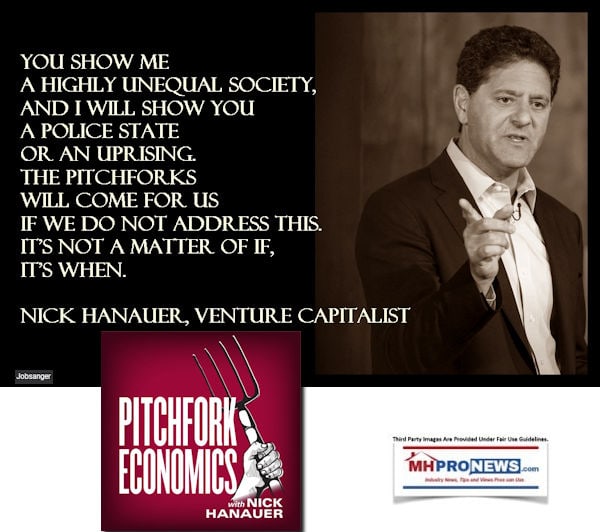 House Minority Whip Steve Scalise (LA-R) was shot by a pro-Bernie Sanders supporter. Thankfully, Congressman Scalise recovered. Lawmakers must realize that if the system does not work on January 6th, 2021 the odds that patriots will be watering the tree of liberty with the blood of tyrants will rise. There are voices across the left right divide that recently or previously have said that violence is coming if the system is no longer responsive to the will of the people. Billionaire Nick Hanauer is just one of them.

Protests, great. Special Counsel and Congressional hearings, fine. But it will likely all come down to January 6, 2021. Before and on that day, lawmakers need to hear loud and clear that tens of millions of Americans have had their belly full. Most of us would never dream of doing a violent thing. But there are some that doubtlessly would if they feel that the system is so broken that Congress fails in this duty.

It isn’t the Black Lives Matter or Antifa protestors that Congress, the courts, and other public officials should fear. It is the possible wrath of the millions who fought, bled, and watched their fellow soldiers die in Middle Eastern or Afghanistan conflicts. Those vets, some ex-law enforcement, and 2nd Amendment-Constitutionalist types routinely have the training, skills – and the motivation. They took an oath to defend this nation against threats both foreign and domestic, the same oath that Congress, the Senate, and the President took. 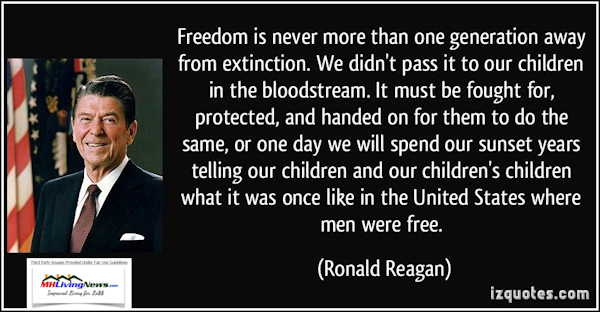 President Trump has proven he means what he said. Sadly, the odds are that violence is now inevitable because lawmakers and the courts failed to act early enough. But it could be minimized, or perhaps avoided, if they feel the heat, see the light, and on January 6th support in the contested battleground states. First, second, third, and fourth – plead or demand – but let Congress know asap that you and your circle will not tolerate it if they fail to stand by the President and VP on January 6, 2021. The patriots, as President Trump suggests in the video above, will never give up, and never give in if lawmakers fail to do their job on 1.6.2021. Representatives and Senators should state their intention publicly before 1.6.2021 to stand by We the People, not the Establishment Special Interests, and #StopTheSteal.