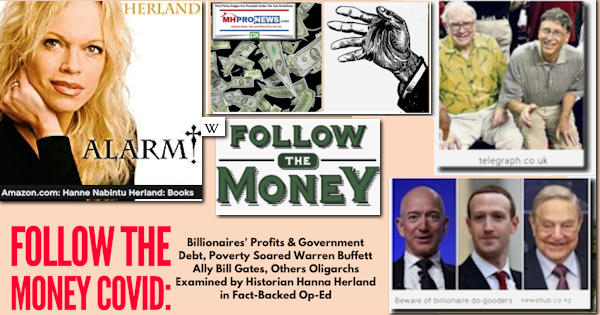 Paraphrasing the American Press Institute (API), the constitutional ‘job’ of the news media isn’t to kiss the ample derrières of government or other officials, nor those of the ‘financial elites.’ The importance of peering into evidence beyond apparent propagandists is highlighted by Swedish historian and author Hanna Herland’s fascinating and focused op-ed. Industry pros should recall that just days ago Legacy Housing, among other publicly traded manufactured home brands, cited the COVID19 pandemic and it’s obvious impact on their operations. Odds are excellent your business, professional, and/or family were impacted by the declared handling of the COVID19 pandemic too. Herland’s insightful and evidence-laced op-ed below was provided by the WND NewsCenter to MHProNews. A focused Masthead commentary follows.

Exclusive: Hanne Nabintu Herland shares stats on how much Bill Gates et al. made with pandemic 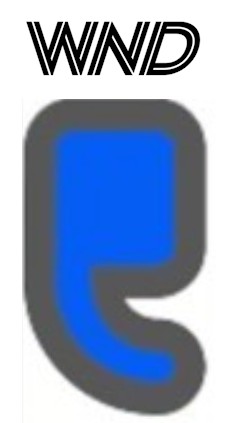 The 2020 COVID-19 response may be an example of how billionaires today dominate and dictate politics, NGOs and the field of medicine. The fact that the richest among us made billions of dollars on the COVID world tragedy while the world’s poor plunged into unimaginable poverty illustrates the deeply problematic effect of unregulated markets and billionaire-dominated politics.

Microsoft founder and IT expert billionaire Bill Gates has the past years gained a reputation of being a mainstream media health and medical guru, although he lacks any medical education and relevant practice. He is rated the largest agricultural landowner in the United States, with vast ownership in leading medical enterprises and vaccine companies. His vast investment in global funds and leading NGOs such as the World Health Organization, to which he is the largest individual donor, illustrates the dramatic changes in spheres of influence in the West.

The WHO was supposed to be accountable to its member states. Today, only three out of the 10 largest donors are nations; the rest are non-state actors and private donors, among them GAVI (The Global Alliance for Vaccines and Immunization), according to the Times of India. “The principle that he who pays the piper calls the tune holds true here. It is as if Gates has colonized the global health system,” said Dr Mukesh Kapila, professor of global health and humanitarian affairs at the University of Manchester.

Bill Gates, who dramatically pushed for lockdowns later admitted in an interview by CNN host and Washington Post columnist Fareed Zakaria – having earned billions on the COVID-19 crisis – that disease ended up being like an influenza. The American Food and Drug Administration (FDA) stated approximately the same. The WHO confirmed at the same time in 2022 that the COVID-19 PCR test was flawed and estimates of “positive cases” therefore meaningless.

“Four health organizations, working closely together, spent almost $10 billion on responding to COVID across the world. But they lacked the scrutiny of governments,”writes Politico: “Armed with expertise, bolstered by contacts at the highest levels of Western nations and empowered by well-grooved relationships with drug makers, the four organizations took on roles often played by governments – but without the accountability of governments. What followed was a steady, almost inexorable shift in power from the overwhelmed governments to a group of non-governmental organizations.”

Consequently, the 2020 COVID shutdown, the masking of its entire population, the isolation, solitude, the economic shutdown that spiraled the West into recession and caused government borrowing to soar, transferring billions of dollars of government funds (buying vaccines, masks etc.) into private company accounts, all this was done only because of “an influenza-like illness”?

A short summary of the regular seasonal influenza numbers demonstrates yearly losses of lives in the hundreds of thousands. Approximately 650,000 people die yearly from respiratory illnesses linked to regular influenzas, according to the WHO. The U.S. numbers for yearly deaths due to regular flus are, as CNN reported in 2018 around 80,000 yearly. Yet, no media pumped that story up back then.

The panic advice to shut down came from a mix between oligarch Bill Gates, World Health Organization (WHO) leader Marxist-Leninist Dr. Tedros Adhanom Ghebreyesus, who is not a medical doctor, and it was massively pushed by the CNN led media. Western oligarch-owned CNN was proud of spearheading panic and even summed it up in a CNN article.

The total wealth of the billionaire class grew 54% from March 2020 to March 2021, reports CBS News. According to Forbes and Bloomberg, Jeff Bezos’ fortune soared to $178 billion from $113 billion.Bill Gates ended up gaining $33 billion during COVID-19.

Yet, lockdowns looted governments all over the world. The U.K. government alone spent 372 billion pounds tackling the COVID-19 situation. In 2020, the government borrowed 300 billion pounds, the highest figure since records began in 1946, reports BBC. In 2021, an addition of 200 billion was expected. This is but one example of how much the COVID-19 response cost the government of a specific nation state. While the billionaires got immensely rich, the government debt soared. Much of the loans went to pay for vaccines, into the billionaire-owned vaccine company system.

If the richest businessmen alive are philanthropically preoccupied with the welfare of the human race, would that mean that they have the population’s best interest at heart? Are they better leaders – better shepherds to lead the flock? ##

Biblically speaking, wealth is not condemned if it is honestly earned. It is dishonest wealth that received numbers of biblical warnings. God’s standards ought to be the one held up by our society and that of the world.  The topics Herland’s tightly woven and evidence-based view from 40,000 feet just happens to neatly align with over two years of reports on MHProNews or MHLivingNews in which we routinely questioned the official narratives about COVID19 and warned early on that this was going to be a massive transfer of wealth. Sadly, so it has become. See the evidence in the flashback linked reports.

It is up to We the People to toss the rascals out.

Keep in mind that the same oligarchs that deposed the 45th President of the United States (POTUS) and who installed Resident Joe Biden are the ones that dominate the Democratic Party today. Republican “RINOs” were routinely primaried by Trump-type America First and Americans First espousing candidates. When early voting starts in your area by all means, feel free to vote the Democrats who in tandem with PINO Resident Joe Biden have brought a once roaring economy into a recessionary stagflation mess.  Then, hold the Republicans to account for their election promises. As a political independent who sources information across the left-center-right spectrum day by day, please let your wallet, faith, and common sense be your guides. “It’s the economy, stupid” said Democratic President Clinton advisor James Carville. The party in power has to be voted out in massive numbers. Then, investigate and prosecute those who have harmed our nation.

Vote. The. Liars. Cheats. Scoundrels. Out. Then prosecute those who need it no matter how deep their pockets may be.## 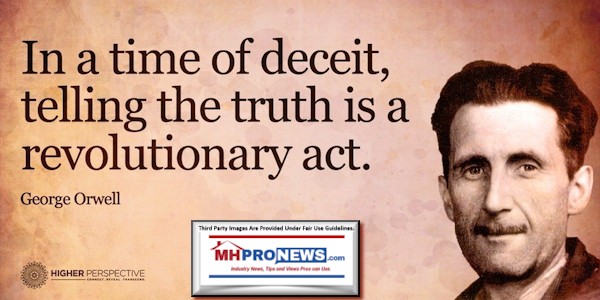 On Thursday evening 5.19.2022, Donald Trump Jr., son of deposed President Donald J. Trump, took to the proverbial stage to inspire a group of several hundred conservatives. While there were a few youth and some younger adults in the audience, it is fair to say that the majority of those in attendance were in the 50-plus category.