As the headline news from CNN and Fox Business reflect, there’s a flurry of items that contributed to the stimuli for investors on a largely down broader markets day, and a mixed day for manufactured home stocks and equities.

But something to watch are those voices that keep trying to talk investors into a recession.  As an upcoming report we’ve planned will reflect, a group of experts think that recession isn’t likely until 2021 at the earliest. So, tonight’s focus will be trade talks with China, as some believe a deal may be near. Given that it influences several manufactured housing supply chains, that is our focus this evening. 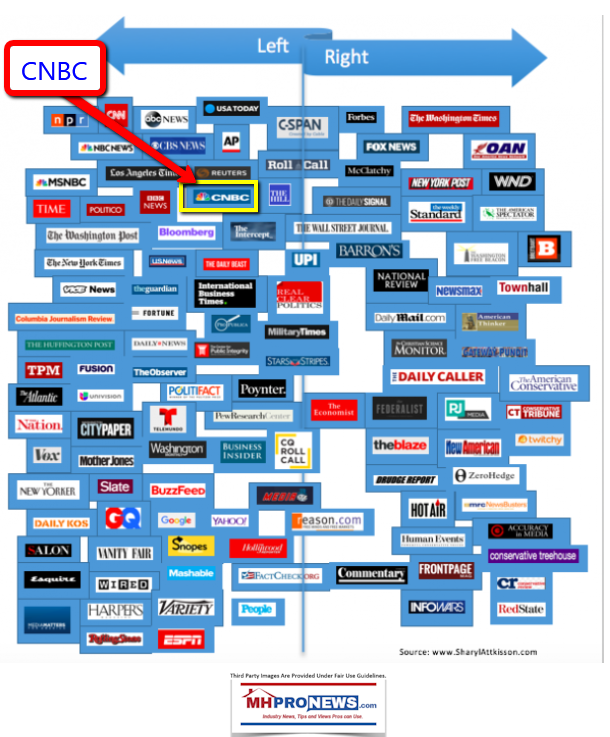 Curating content for this evening market report is both art and science.

For example, it is almost comical at times how even the same news source is sending mixed messages on the same topic.  That can happen because experts – those talking heads – disagree.  Or it can occur because of undisclosed agendas, bad reading of data or indicators, etc.  The same source may be dead wrong in their analysis too.

The latest ‘a deal may be looming’ with China and U.S. on trade are below.

While some think it is close, that would be a bit of a surprise here on MHProNews.  But CNBC said, “A trade deal may not be ‘priced in’ yet as study shows S&P 500 should be 11% higher.” For market watchers that headline alone could be worth the price of admission to this evening’s report.

Here are more pull quotes and two videos, from CNBC.

Game On: “Socialism is About Power, not Equality,” Space Force, and Battle for Manufactured Housing Independence