Warren Buffett famously said that he makes “no apologies” for the lending practices of Berkshire-Hathaway’s manufactured housing division. In fact, as MHProNews has covered, Buffett made a spirited defense on several occasions regarding the sensationalist – and some say politically motivated attacks – on Buffett’s Clayton Homes by writers Mike Baker and Daniel Wagner, published by The Seattle Times/BuzzFeed/Center for Public Integrity.

Other than a brief note at the end, let’s set aside for another time Mr. Buffett’s political views, and look solely at a few thoughts by the “Sage of Omaha,” who has the largest operations of their kind in manufactured housing. Think about what the chairman of Berkshire-Hathaway (BH) has to say, because these gems ought to cause MHPros  to sit back and think.

“Kevin, it seems to me that the problem with your industry is resale.” 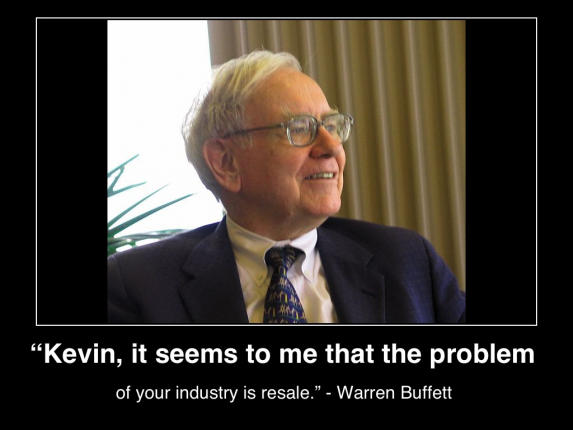 Not lending, not lobbying, resale – says Warren Buffett – is the top problem of our industry.

Indeed, this is a revealing insight, because the resale issue impacts lending, lobbying, public perception and so much more.

How did Buffett come to that conclusion? Consider this next insightful quote:

“I insist on a lot of time being spent, almost every day, to just sit and think. That is very uncommon in American business. I read and think. So I do more reading and thinking, and make less impulse decisions than most people in business. I do it because I like this kind of life.”
― Warren Buffett

We’ve previously reported in our interviews and videos with Jim Clayton – founder of Clayton Homes – the way he related the story of how Buffet became interested in and bought the Clayton operation. Most accounts you’ll include the point that READING was a key part of that process for Buffett.

You can bet that Mr. Buffett wasn’t skimming; he reads for depth of understanding.

Too many in the world lack the discipline to read in depth, and then ponder the what and why.

Yet Buffett says his uncommon practice is a key to his success.

Buffett has been quoted as advising investors to “only buy something that you’d be perfectly happy to hold if the market shut down for 10 years.”  Indeed, he’s kept Clayton Homes for over a decade and they keep expanding their holdings in MH, including adding to his portfolio suppliers to the MH industry. Based upon numerous verbal and written statements over the years, he’s clearly high on Kevin Clayton as well as the business.

But has that keen insight of Buffett’s on the issue of MH resale been addressed?

Buffett’s High on MH – and Not Alone among Billionaires…

Buttett’s note alone among billionaires with an interest in factory-built housing.  Sam Zell is another with a similar fondness for manufactured homes – especially the MH Communities sector. “You have got to have confidence. Once we understood the business we had absolute confidence in its future,“ Zell said.

“Risk comes from not knowing what you’re doing”

Reading, we’ve noted, is a key part of how BH’s chairman goes about knowing what he wants to do. Shouldn’t routine professional reading be a key part of what you and your leadership and would-be stars do too?

“The most important thing to do if you find yourself in a hole is to stop digging.”
― Warren Buffett

We’ll apply the first of those last three quotes to manufactured housing another time – but the deep thinkers in MH who follow us routinely may already have a clue as to why that quote’s on the Masthead’s radar. But let’s focus today on the last two immediately above.

Knowledge isn’t power, but knowledge is potential power. If Mr. Buffett is reading this, odds are excellent he’s nodding his head yes to most if not all of the above – and to what’s linked too. ## 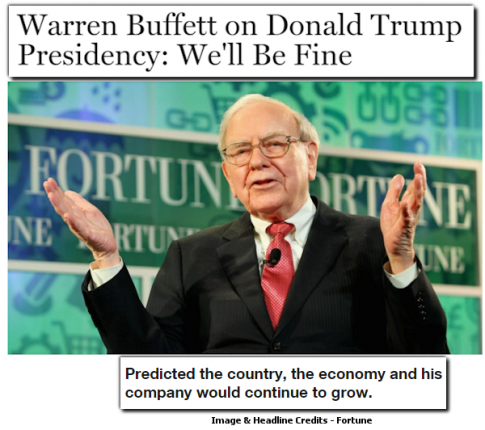 Post Script. For those with a keen eye on the 2016 presidential contest and how it will effect the economy and his business, its interesting to note the following quote from Fortune, “I will predict that if either Donald Trump or Hillary Clinton become president, Berkshire will do fine.” ###