“This is a big boy game. You get into the process, you will get hurt, you will see your own blood. I tell people all the time, if you can’t stand the sight of your own blood, don’t run for anything.”

“You Know You’re Over the Target When You’re Catching Flak.”

Associations, Businesses and the 2016 Campaign

In industries and professional offices across the country – including manufactured, modular and other forms of factory-crafted housing – there are associations, investors and business who are preparing two sets of plans for 2017.

We won’t predict the outcome of the election, because it is fair to say that circumstances exist that could land either Hillary or the Trump family at 1600 Pennsylvania Ave.

That said, we’ve made it no secret for months that for a wide variety of reasons, as a political independent, we support a Trump Presidency as best for America, for our industry and consumers.  Like millions, we were interested but skeptical about Mr. Trump – we were won over slowly, over time.

Trump’s the only candidate in this race who is tackling issues we’ve been raising on MHProNews  and/or here on the Masthead  blog for years.  Furthermore, we absoutely believe that Trump can win. If the cards are well played, and he’s done it so far, then it could be a landslide victory for him and his party in November.

In last night’s GOP nomination acceptance speech, tens of millions of viewers watched as Mr. Trump reached out to blue collar Democrats, disaffected Bernie Sanders supporters, even the LGBTQ community, while embracing evangelical Christians and conservatives.  He wants Republicans, independents and Democrats to vote for him.  He and the amazingly diverse array of speakers this week offered their many reasons why voters should cast their ballots for the GOP POTUS nominee.

It was arguably the biggest big-tent acceptance speech of any Republican nominee in our lifetime.  Did you or I like every part of that outreach or message? Answering that isn’t even necessary, because Ronald Reagan is 100 percent correct with his “80 percent friend” comment shown below. 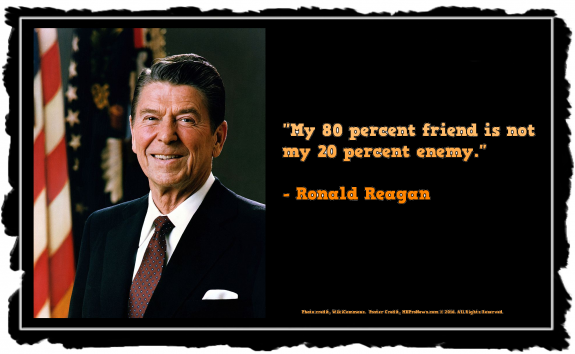 And this NYTimes headline in my email this morning couldn’t have been more wrong.

Trump didn’t defend himself, because he had waves of speakers for four days who did it for him. That’s smart. The Donald focused instead on telling the country the hard truths he sees, contrasting “crooked Hillary” with his plans; painting the biggest, boldest vision for real progress for All in Americans since Ronald Reagan faced similar conditions during Jimmy Carter’s presidency.

The 2016 general election is well underway. Trump is dead-on with so many issues, as the latest (and tragic) terrorist attack reflects. IMHO, this will be the most unique election cycle so far in our lives. We’ll bring you extensive coverage about both major party conventions in the days ahead.

We’re over the target routinely here on MHProNews, which is why we take flak.

But we’re always willing to take those shots to shake up the issues that are harming or holding the MH Industry back. We also give others the chance to respond.  “We Provide, You Decide.” ©

The new August 2016 issue of MHProNews is rushing up on us. The RV MH Hall of Fame’s annual gala is coming up fast too.

Nowhere else in MHVille will you find the breadth of balanced coverage and commentary that you do right here. For example, see DJ Pendleton’s latest, posted here. We’ll be bringing you a new A Cup of Coffee with… another long term, big time operation’s top man in our August issue.  Watch for it!

Perhaps these and more are the reasons why thousands of pros from across America – and across the globe – logon here daily by the thousands?  For an industry our size, our audience is amazing! But so is our content.  Is that why the typical guest reading articles and viewing videos here will do 8+ pageviews?  3’rd party stats tell us we have far more engagement than others in the e-publishing field typically do.

You (or our sponsors…) may not always agree with what we publish – that’s okay – because they know we bring the eyeballs of decision makers (see link above).

So you aren’t alone when you read articles, commentary or view videos here. 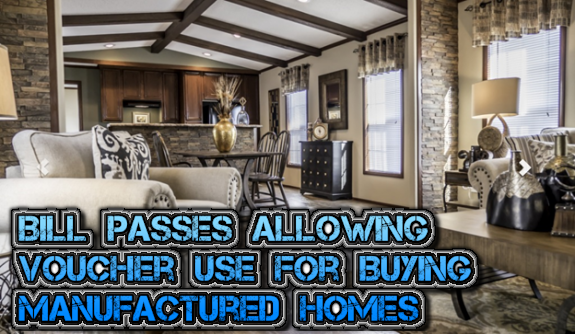 From the mom-and-pop size operations to the very biggest names in HUD-CodeMHLand, they are all right here on the Masthead  and/or MHProNews.com.  Welcome, one and all. ##