What type of country do you want the USA to be? Are you or most happy with the direction things are going in America today? Do workers or independent business professionals want more of the same – the status  quo – on issues like the economy, regulation, taxes, crime or on terror?  Or are tens of millions ready for a new road ahead?

Bloomberg  tells us that no third party candidate has won the presidential race more than 19% of the vote in the last century.

Classroom.Synonym paints an even darker picture for third parties; no third party has ever won the White House. Its just a bit different at the state level for the governor’s office, Wikipedia states:

So in 2016, the odds are good that you could safely bet your bottom dollar that no third party candidate is going to win the race to be the next President of the United States (POTUS). Before everyone starts throwing stones (because every party will get get tagged in this column), this post is a pure analysis through an MHPro lens.

What the above means is that it comes down to a Democrat or a Republican party nominee becoming the next president.

So it is no small thing for Secretary Hillary Clinton to have the backing of President Obama.

I was recently reminded again that almost anyone with cable or satellite TV could watch CSPAN. So you could catch convention coverage on CSPAN without the news media filter.

If you missed the GOP Convention’s first night, we plan to post that video on the Masthead later, when it becomes available.

Not every speaker hit a home run, but there was not a single one that I watched in the Monday evening coverage that didn’t have merit – and the entire evening was a HUGE set of lessons for MH pros. We’ll review some of those below, briefly. 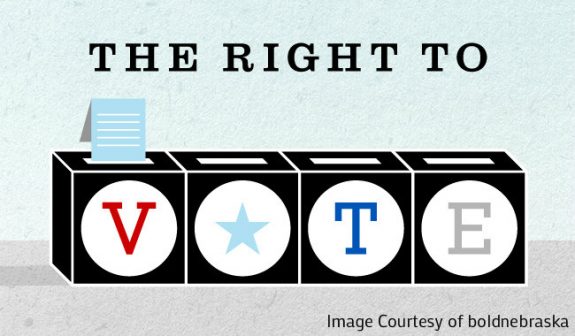 Defending the Clinton Supporter and Voter

Baring the unforeseen, there will be millions who will cast ballots for Hillary. Many will do so who sincerely don’t care for Secretary Clinton, they will rather be voting against Donald Trump – ala Senator Bernie Sanders. The Masthead  absolutely defends the rights and encourages the rights of those who want to do so.

Do I think they’re mistaken? Yes.

But thank God we in America still have that right to vote – or not vote. Your’s truly not only defends the rights of all those who see the world differently, we’ve invited the #2 MH pro who’s a Hillary Supporter to sound off about why she ought to be the next president, in their own words. So far – that’s still a no-go, but we will keep trying to provide you that balanced view.  “We Provide, You Decide.” ©

For those who dare to think independently, is this election a clear study in contrasts? Yes.

Is it a no-brainer? To me, yes, but there are thinkers in favor of each of the candidates above, so the discernment, supporting and voting are up to you. “We Provide, You Decide.” ©

ObamaCare/ACA – Hillary’s campaign says they will keep it or go beyond it; Donald Trump says he’ll repeal and replace this job killing, health-care weakening and still wildly unpopular program that POTUS Obama forced down the throats of Americans when Democrats controlled Congress. Let’s remember it was passed by what is now known to be a deliberate misrepresentations of the facts. The program is sinking of its own dead weight, but Hillary still wants it?

Dodd-Frank – Hillary and Elizabeth Warren are strongly behind Dodd-Frank, and want to brook no changes. Whatever MHI says or does on Capitol Hill regarding HR 650/S 682 – which we favor – will be moot if a president won’t sign a bill into law that passes both chambers of Congress. Donald Trump says Dodd-Frank is choking off lending, hurts small business (larger ones too), and he’ll repeal it.

Regulations – Secretary Clinton is described by some as falling into the camp that she’s never met a regulation or an agency that she doesn’t fall in love with. In fairness, your Masthead  writer won’t go that far about her; but there’s no doubt she is pro-big government, and she favors most regulations almost as a matter of reflex. By contrast Donald Trump correctly says that regulations are often overly burdensome, too costly, kill jobs and America’s competitive advantage. For a related analysis,  see CEI’s study – 10,000 Commandments – linked here.

Trade – Do you recall the days when many builders and some manufacturers bought Chinese drywall? Can you spell, ouch?  Clinton has a long history of being pro-free trade, and Bernie Sanders hammered her on the millions of jobs that has cost the U.S.  She says she is pivoting; but she has decades of experience at saying to her audience pretty much what she thinks they want to hear, or she sweetens the bitter pill as she’s trying to do for coal miners. Trump’s view is that America needs smart trade, deals that are good for the U.S., or we don’t do them, and that we protect American jobs. In fact, Trump’s posture is America First. How does Hillary make that slogan a bad or racist thing?

Debt, Deficits, Military, Security…we won’t dive into all of those today, but it is clear to the U.S. Border Patrol that Mr. Trump’s positions are stronger, and the military is said to poll for him by a margin of 2 to 1 over Hillary. Hillary’s promises would balloon the deficit and debt; Trump at least claims to want to balance that – I’ll take his trying over her promise to do the opposite in a heartbeat. FYI, per the attached, that looks doable, see CAGW third-party download, linked here.

Last night’s GOP prime-time line up included 2 Democrats (one black, one white) who came out in favor of Donald Trump and his plans to make America safer. The mother of one of the Benghazi victims spoke. Two of the American heroes of Benghazi spoke. Men, women, Hispanic, Black, white – it was a potently diverse line up. Some where powerful, others okay, but the entire evening was insightful.

That line-up was almost like saying, Hillary and Warren, you lie when you call Donald Trump a racist or bigot. New York’s former mayor, Rudy Giuliani said as much last night.

Folks, the strategy of accusing their opposition of being racists, etc. has been the Democratic MO (Method of Operation or modus operandi  for decades.

Speaking of racist…while I’ve heard and read both jeers and cheers about Dinesh D’Souza’s upcoming movie, Hillary’s America: The Secret History of the Democratic Party,  there is no doubt that while racism existed in both political parties, that Democrats were often KKK members and were strongly motivated by anti-black racist thinking.

Giving credit where its due…(fair and balanced)…part of the strategic genius of Democratic strategists is turning that reality around, even though Democratic politics has proven a failure for most blacks, Hispancis and other minorities, most notably in cities like Detroit and states that are sinking under their flawed policies that effectively trap people in poverty.

The Republicans don’t get off Scott free…

For me, this primary process has been revealing. I was fascinated by Trump, before I supported him, but he wasn’t my first choice. His campaign revealed each one for who they are.

Unlike millions, I might have caught a few minutes of one of Trump’s beauty pageants or the Apprentice  – I never followed those shows of his. I knew of the real estate mogul’s book, The Art of the Deal, and his periodic appearances in the news and from his largely successful business history.

So it’s telling that when the NYTimes  tried to have ex-dates or women he knew quoted in an Anti-Trump take-down piece, that one after another of those women later came out and said he was a gentleman; contradicting what the Times published.  Those women had a good opinion of the man.

The point is we shouldn’t buy into the lies and the spin of any candidate or party. The FBI’s director, James Comey, proved quite handily that Clinton is a serial liar, and also demonstrated that she is too big to jail.

We are a nation of laws. Principles, not party, ought to lead us.

If the Donald wasn’t your first, second or third choice, I get that and respect it. But the principle of choosing the best, most viable option out there suggests that this is a no-brainer for the vast majority of business professionals. The irony is that even the crony capitalists and all those socialists out there would benefit from a Trump presidency. That’s my take, your’s is encouraged.

As a freedom and free enterprise loving political independent, let me encourage you to watch the prime time coverage of the GOP convention this week. You can watch it almost commentary and commercial-free on CSPAN, an irony for a Constitutionalist that we’ll discuss another time.

We’ll look more at #NeverTrump and #NeverHillary from time to time between now and the election, but we’ll keep our independent eyes on other industry-impacted news and events for you here too. ##

3) Matthew Silver’s Daily Business News briefs continue to be Read Hot. If you’re not already hooked, you can do soat the link above. And you can join our growing and popular list of MHProNews emailed news update readers in seconds at this link here. ###