Perhaps you’ve known or experienced a smear campaign. Hold that experience in mind, as we boil down the triple threat and how it must be overcome.

Let’s begin with well-known principles, noting that applying them is some of the time-tested tools needed to avoid or beat the triple threat.

Let’s apply those three common-sense maxims to our industry and nation.

Regulatory Impact on Business and You

A large majority of our industry’s pros would agree that over-regulation – think Dodd-Frank/CFPB, Zoning, HUD, DOE, ACA, etc. – throttles our industry, keeping pros from achieving significantly higher levels of production, profits and positive results for consumers and business alike. While various industry associations use different approaches – or focus on issue X over Y and Z – their common theme is to slow or stop overregulation harming our profession, products and services.

Now, apply that on a macro-scale. Look at the parallels in other organization’s industries and professions.  Consider the harm being done to our nation’s job creators and productivity.  It’s staggering, as the chart below reveals.

This industry threat we can label as the Over-Regulated Nation. Keep in mind regulations have multiple effects, for example, keeping new businesses – and thus more job creation – from taking place, as well as causing less growth in or even the failure of marginal businesses.

CNN’s anchor Chris Cuomo amazingly says in the brief video below that the media could not be doing more to help Hillary Clinton’s campaign, “she’s getting a free ride” from the media, “so it better happen.”

Award-winning journalist Sheryl Atkinson recently said something similar. The progressive media’s flagship, the New York Times, recently made that point on page one.

When moderate and left-leaning mainstream media types are openly admitting what Fox News and conservative-leaning media pundits have alleged for years – that the “reporting” fix is in for one major party’s candidate over another – then We the People ought to naturally doubt the value of mainstream media (MSM) reports and the spin being generated by their biased coverage.

Sad, but there it is.

Neither of the 2 major party nominees, nor the minor party candidates, are perfect. That fact isn’t new or news. Starting with George Washington to our own time, all candidates had shortcomings, just as you, I or any living person has them too. 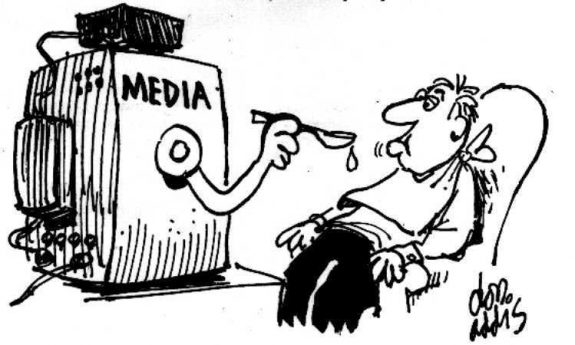 So we as citizens ought to strive to

support and vote for the best option.

We don’t buy perfect products or services, we pick the best available based upon our abilities and circumstances.  The same ought to apply for those running for public office.  Feelings can be useful, but reason must be a part of that mix, or our emotions can be manipulated in very costly and damaging ways.

I guarantee that you, I or the best living person we know could be smeared based upon

and you, I or anyone could be portrayed as the devil him/her self.

If you’ve ever experienced or known someone who’s been unjustly defamed, you understand the point. 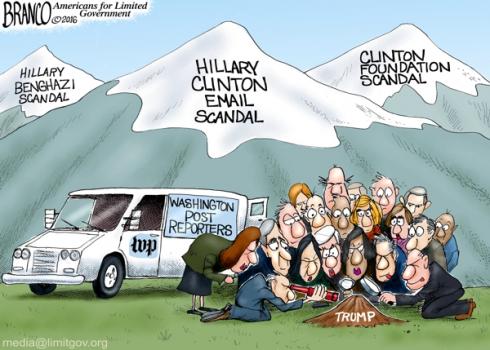 2b) MSM Ignorance or Bias and Manufactured Housing

We’ll only mention that the media often misreports on modular and manufactured homes. The solution in that case is education and engagement, that’s a placeholder for future columns.  Just look for now at what we’re doing with firms we partner with on MHLivingNews and the related projects. Positive results can be documented, example linked here, more on that another time.

The point is that a good part of what our industry suffers from is inaccurate and biased reporting.  So should we be surprised when the MSM spins or inaccurately reports on politics, economics or any other topic?

With news as with anything else, the ancient Roman maxim applies – Caveat Emptor – “Let the buyer beware.”

The media and big money campaigns are masters at manipulation. TV, movies, music, digital or actual print – and yes, ads or how news reporting is done – are all well-known ways to influence and manipulate people. Studies have documented that when we view TV, most viewers tend to be more passive – and thus are more likely to be manipulated.

In a free society, we can’t change that reality.  But by keeping manipulation in mind – via objective, mental discipline – we can protect ourselves from its impact, and perhaps help others to see and avoid that devious emotional trap manipulators aims to accomplish. 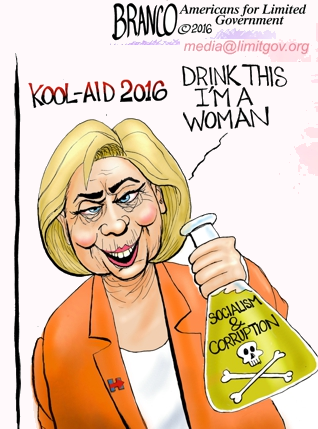 The solution is to be vigilant about manipulation, to stay informed, and to carefully analyze who is saying what and for what possible reason.  Marty Lavin, JD, likes to say – follow the money.  Money and power are motivations for pushing free people in a direction that is proven to be a failure, but that may benefit a select few.

Facts, Track Records and History Ought to Trump Emotion (no pun intended)

As a political independent, this publisher must note that states with Republican governors and legislatures tend to outperform Democratic ones.  When President Obama wants to claim that his policies “have created millions of new private sector jobs,” that’s spin. Few things could be farther from the truth, because it is demonstrable that the job creation is taking place in Republican led states, following their policies, not that of the president and his political party.

Deep blue California is hemorrhaging businesses and jobs, which typically are going to places that have a lower tax and regulatory burden.

So why in the world would anyone believe that raising taxes will boost the economy?

Yet that is precisely what Secretary Clinton has promised to do. Socialism and big, bloated government doesn’t work. In fact, if you listen CLOSELY to what Hillary Clinton says, she essentially admits that taxes drive out business, because she has promised new laws that keep corporate inversions down through some new form of legislated punishment.  We’ll publish a Daily Business News report soon, contrasting the two candidates tax plans – because one will lead to job growth, and the other will lead to a still weaker economy.

Hillary promised 200,000 new jobs in NY in her Senate campaign, but those failed to materialize.  The only reason Barack Obama looks like a hero on jobs is because the MSM routinely fails to point out the facts noted above – that those jobs are being largely created in Republican run states, where lower regulations and lower taxes spurs economic growth.

The reason the MSM and the Clinton campaign is trying so hard to make Trump look like a woman hating racist that can’t be trusted, is because a look at Clinton’s record and that of Democratic policies proves that they fail to deliver what they’ve promised.  But that’s the typical Democratic playbook.  Ronald Reagan was accused of many of the same things.

Hillary says she wants to build on President Obama’s successes.  Which ones? The highest debts and deficits in American history?  Job killing regulations and taxes? ObamaCare, that’s sending premiums higher, as benefits for most are harder and more costly to access?  Dodd-Frank that is choking off faster potential growth for the manufactured housing industry?  How about the harm done to our home owners by Dodd-Frank and the CFPB’s regulations?

We could (but won’t today) run through the risks and harm from HUD, from the DOE proposals, failure to enforce federal preemption for manufactured housing and a host of issues that harms the earning power of Americans.

We respect the right for voters to cast their ballot any way they want to, or to not go to the polls at all.  But for thinking people who want to avoid the triple threat, voting for a third party or not voting at all is like a vote for Hillary Clinton and her party’s failed policies. We don’t hide our support for Donald Trump, see Sohela’s column linked here, but the point is that common sense is why he has earned that support. 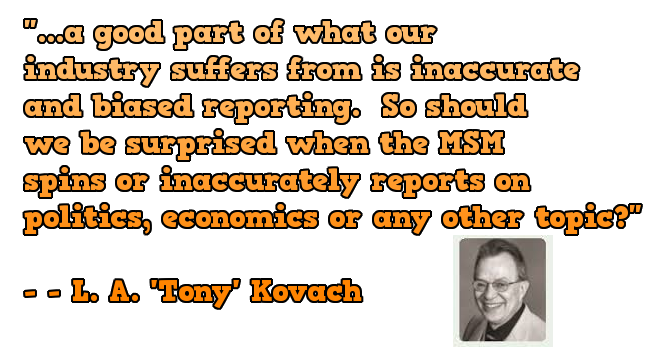 If you want to change the course of America, voting for more ObamaNomics – which is what Hillary is promising – isn’t going to make that happen.  Democratic and Republican presidents – and governors – who cut taxes and regulations saw economic growth in its wake.

Don’t take my word for it, look at California. Look at Democratically run cities where crime and corruption are rising or are rampant.

My freedom matters, and we think your’s and the rest of our nation’s does too. Economic freedom or chains is a key part of what’s at stake in this 2016 election.

If you want more success for those in our profession, let’s get past the triple threat of 1) higher taxes and regulations, 2) media bias, and 3) emotional manipulation games.  Let’s focus on the issues that will lower regulations and taxes, so that more businesses and workers can thrive. ##