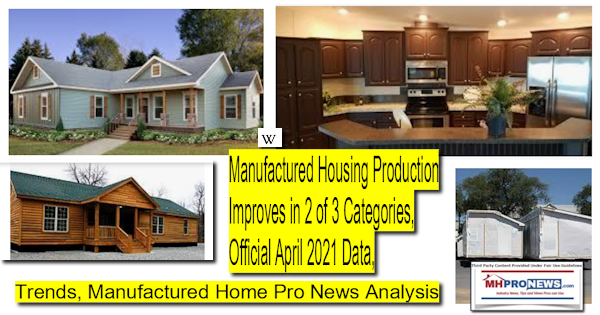 Manufactured housing production in April of 2021 is down from March 2021, per the latest data provided by the Manufactured Housing Association for Regulatory Reform (MHARR). But the production is up sharply from April 2020, and the year over year growth trend are also up, said MHARR, which bases its data on information collected by the Institute for Building Technology Services (IBTS), which is contracted to do so for the U.S. Department of Housing and Urban Development (HUD). As many MHProNews readers know, HUD is the primary federal regulator of HUD Code manufactured housing.

The full MHARR release is provided below. It will be followed by additional information, more MHProNews analysis, and commentary.

Washington, D.C., June 3, 2021 – The Manufactured Housing Association for Regulatory Reform (MHARR) reports that according to official statistics compiled on behalf of the U.S. Department of Housing and Urban Development (HUD), HUD Code manufactured housing industry year-over-year production increased substantially in April 2021. Just-released statistics indicate that HUD Code manufacturers produced 9,244 homes in April 2021, a 39.2% increase over the 6,639 new HUD Code homes produced during April 2020. Cumulative production for 2021 now totals 35,723 homes, an 11.8% increase over the 31,950 homes produced during the same period in 2020.

Based on MHARR’s initial analysis of production data from the first half of 2020 up until the present, the latest monthly production statistics appear to indicate that negative industry impacts from large-scale COVID-19 lockdowns and related economic dislocation – which were at their worst during April and May 2020 – have, in fact, bottomed-out, and that the industry is poised to enter a period of comparative economic recovery.

A further analysis of the official industry statistics shows that the top ten shipment states from the beginning of the industry production rebound in August 2011 through April 2021  — with cumulative, monthly, current year (2021) and prior year (2020) shipments per category as indicated — are: 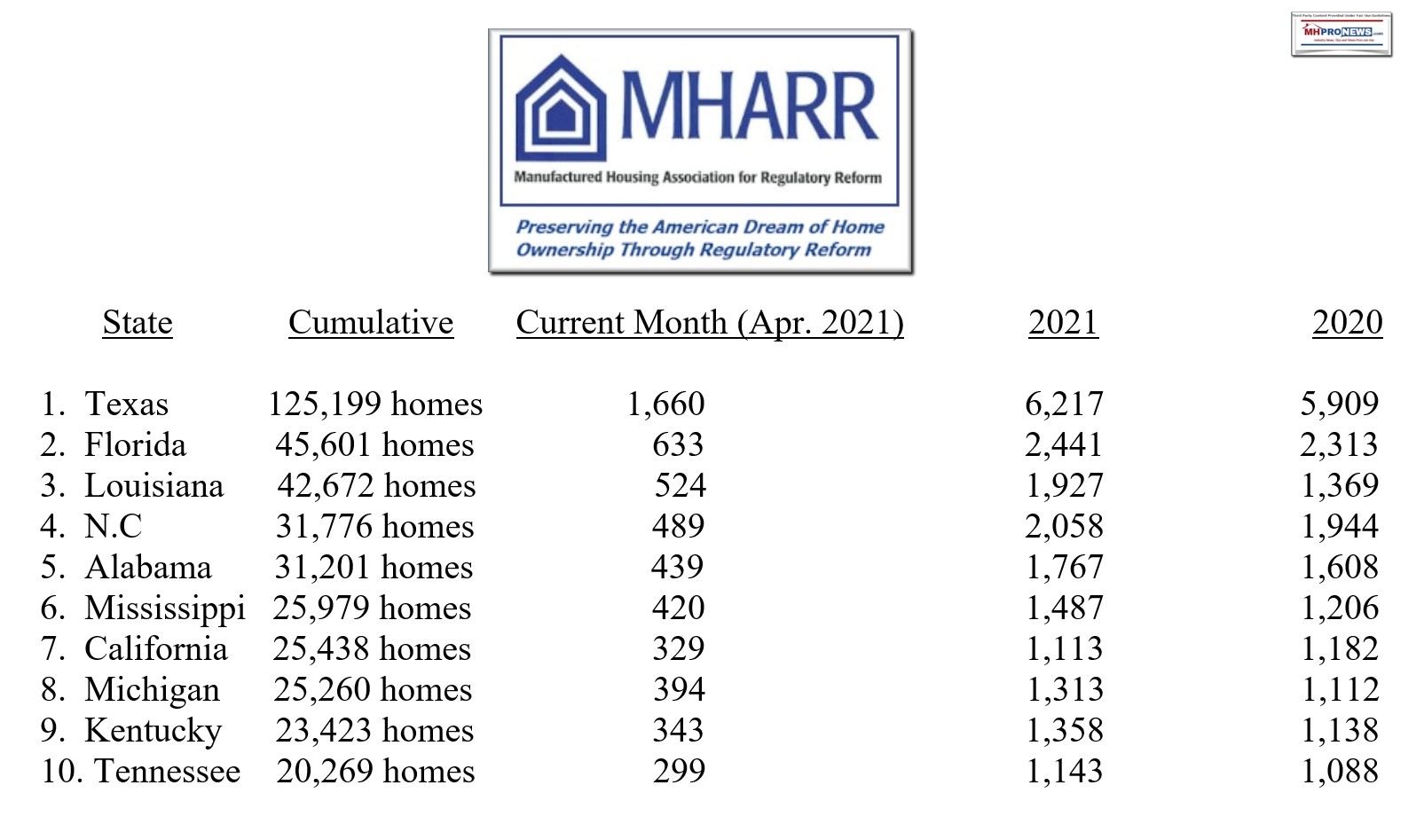 The April 2021 production data results in no changes to the cumulative top-ten list.

In no specific order or importance, the following should be considered as relevant background. 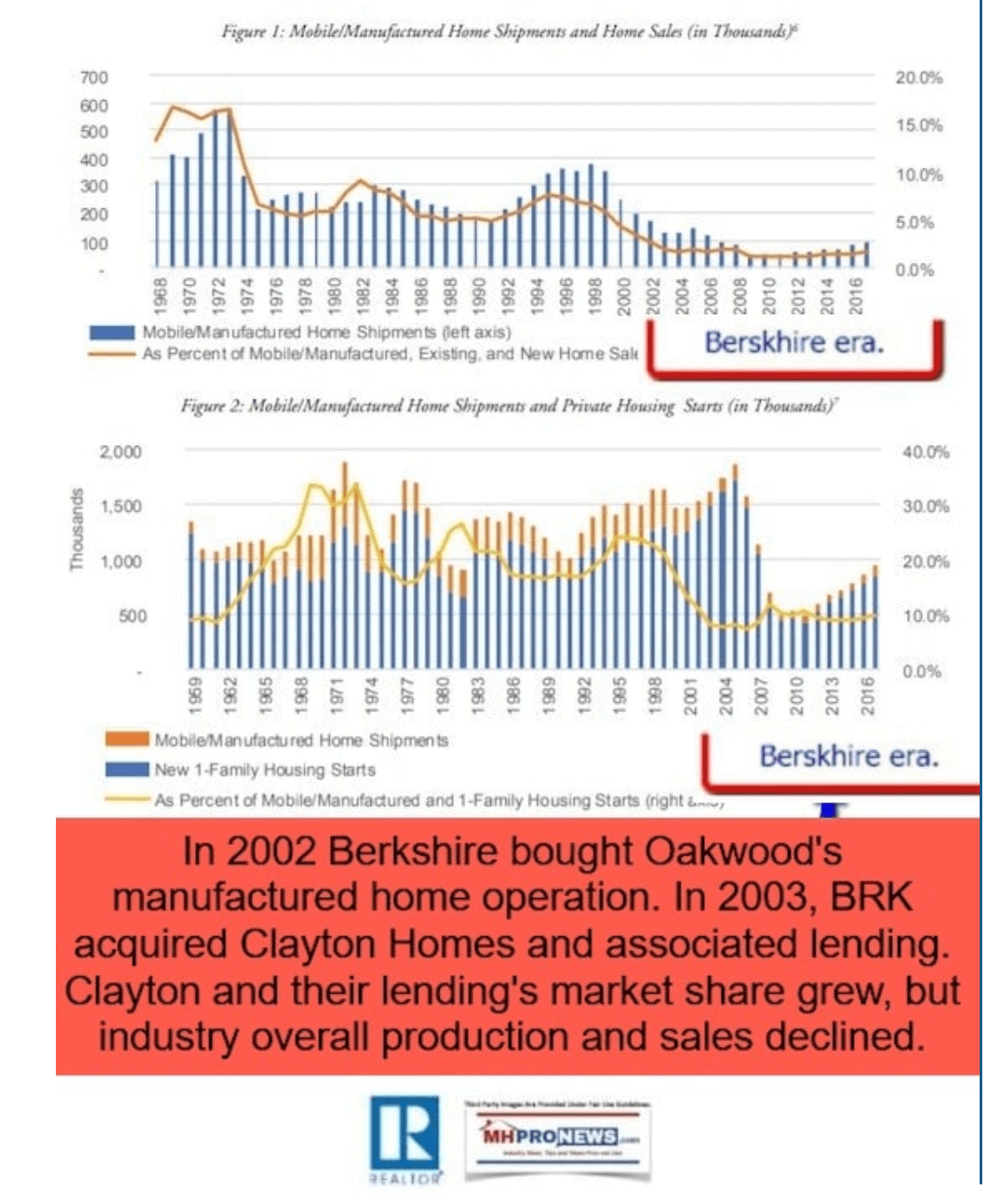 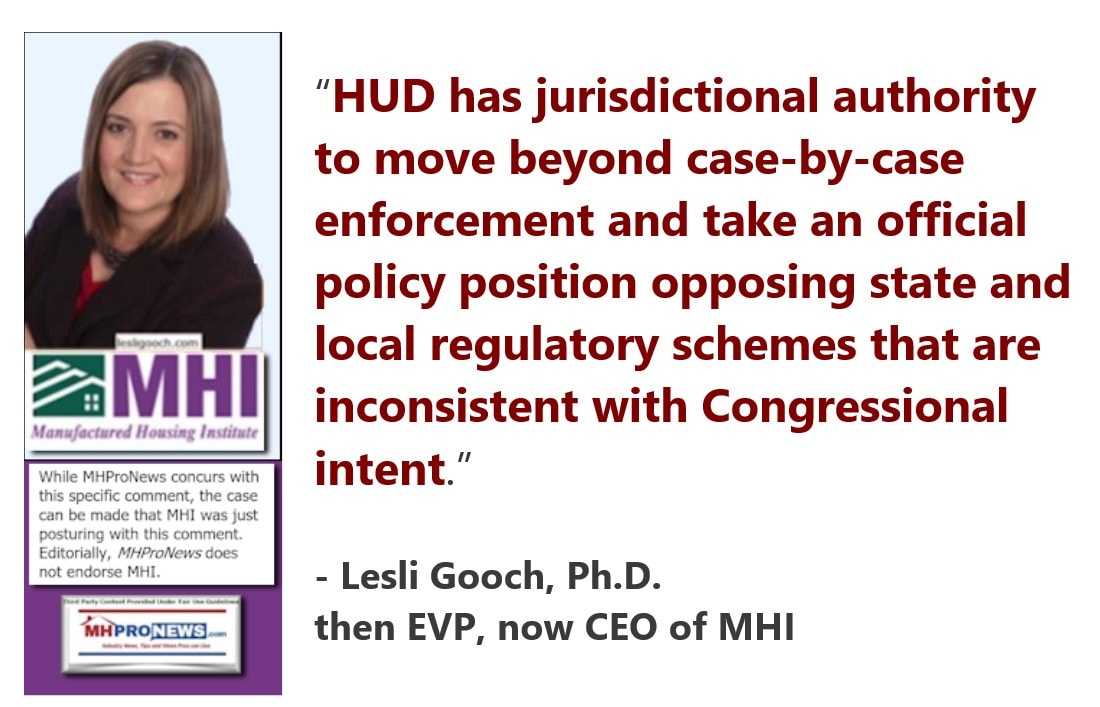