It’s Advent for Christians, and Hanukkah for Jews. At the “darkest” time of the year, when the days are the shortest, believers in America and around the world are celebrating – light. 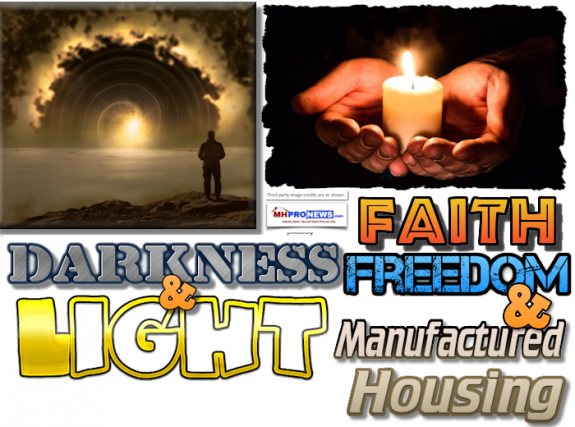 “Hanukkah is a Jewish holiday commemorating the rededication of the Holy Temple in Jerusalem at the time of the Maccabean Revolt against the Seleucid Empire,” says Wikipedia. It’s a reminder that political, economic, and religious oppression have long been part of the human experience.

Hanukkah is also a reminder that such oppression can be overthrown.

The weeks of Advent are a reminder that the celebrated Nativity of Jesus Christ is approaching.

Not being a member of his Willow Creek church, nevertheless the author of the book that the Netflix movie, The Case for Christ was based upon tells an interesting story. It made me think of the one-time skeptic, author C.S. Lewis, who said that Jesus is not just some good Jewish rabbi; rather, Jesus is either Lord, liar, or lunatic.

The Rev. Donald Tyr Jr. and we have a similar yet differing understanding on maters of faith. But we have enough in common to have created the joint statement, linked below. People of good will can work through differences.

Some will celebrate this holiday season in great wealth. Others will be in great poverty. Yet ours is a world filled with the raw materials needed for the masses to prosper too. If we lack something, it is the need to return to realities. To basics truths, so that we are not deceived, nor deluded, into doing or ignoring something ignoble. 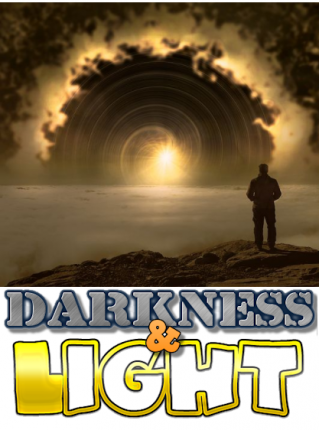 King was right. But if he was living today, would King be thrown under the bus for sexual harassment? King was an amazingly dedicated, accomplished, and yet imperfect man. Do we now throw out the wheat with the chaff?  Does the contemporary baby get tossed with the dirty bathwater?

My parents were Kennedy Democrats and Reagan Republicans. Each of those presidents cut taxes, and spurred economic growth. Each president is celebrated by many, yet each of those leaders had their own scandals.

We are all mortals, living in a mixture of darkness and light.

We all have several things about ourselves that we wouldn’t want on the front page of the New York Times, or as the top story on Fox News. Duh. Myself, and all others, are imperfect. But we have to a degree collectively allowed standards by which leaders are measured to be subject to agenda-media spin, or manipulation by powerful forces.

Jesus, for those who’ve never dug deeply into the matter, was a controversial figure. His birth, life and death are better attested to than Julius Caesar, Cleopatra, Plato, Aristotle, or any other figure from the ancient world.

For those two plus billion who believe Jesus came as the saving “light of the world,” His land and His fellow Jewish people were then subjects of Imperial Rome. Jesus raised no sword. But Jesus overturned the tables of the money changers. He did so with a whip made of chords, as the Bible tells us.  He called out Jewish and Gentile leaders for their hypocrisy.  They put him to a horrible death, hoping to end their fears and concerns over this itinerant Jewish preacher.

But In fairness, how would you or I have responded back then to the wild-looking, controversial personality of Jesus?

In time, those early followers of Jesus watched as the Roman Empire collapsed. His followers remade Europe in a more Christian image. But the ancient and medieval followers – not unlike King, Kennedy, or Reagan – were all imperfect. Broadly united for centuries, Christians began to split – and divided over and over again – beginning 500 years ago at the time of Martin Luther.

It is ignorant to judge the past by the present.

It makes no sense to curse ones ancestors.

We are all struggling with darkness and light. The meaning of the name Israel is revealing, “one who wrestles with God” = Israel. Don’t we all wrestle with God?

Only the truth sets us free. That means that lies, and half-truths, are enslaving.

The sincere, honest professional – or journalist – spotlights the truth as he or she understands it at the time.

As understanding grows for a person – experience and wisdom hopefully matures – and one improves at their trade.

America was never perfect, but the founders had a good vision.  This Christmas, we celebrate at a time of growing prosperity.  We look to the south, and see Venezuelans sadly struggling for basics like food, after only a decade under socialism. Socialism and communism have always been deceptive half-truths, that lured millions into a kind of economic and political slavery.  Those who peddle it are ignorant, or have an agenda.

Neither Christians or Jews were anti-private property.

Christians, Jews, Muslims, and several other groups all agree that theft is a crime.

But theft – the taking of property or life by force, threat, deception, or any other injustice – can sadly be done by individuals, groups, or governments.

America will be free only to the degree that we realize the capital “T” Truth, and are willing to sacrifice and struggle for it. Since the Garden of Eden, freedom has never been free.

This Christmas – my hope, prayer, and gift to you, such as it is – would be that more people seek the truth, and attempt as best they can to live it. Who is this Jesus whose birth we celebrate almost 2000 years later?

For centuries, God’s ancient people had no king, God periodically selected leaders. In the Book of Samuel, from BibleHub, we read:

“When Samuel grew old, he appointed his sons as Israel’s leaders… (1 Sam 8)…3 But his sons did not follow his ways. They turned aside after dishonest gain and accepted bribes and perverted justice. 4 So all the elders of Israel gathered together and came to Samuel at Ramah. 5 They said to him, “You are old, and your sons do not follow your ways; now appoint a king to lead us, such as all the other nations have.”

6 But when they said, “Give us a king to lead us,” this displeased Samuel; so he prayed to the Lord. 7 And the Lord told him: “Listen to all that the people are saying to you; it is not you they have rejected, but they have rejected me as their king. 8 As they have done from the day I brought them up out of Egypt until this day, forsaking me and serving other gods, so they are doing to you. 9 Now listen to them; but warn them solemnly and let them know what the king who will reign over them will claim as his rights.”

There was a litany of abuses and crimes that the prophet told the people would follow, if they chose a human king. Warned, the people still insisted. God respects our free will, so He gave them what they wanted.

On Christmas, we celebrate a new kind of king.  An infant King born in a stable, not a palace. One that the rulers tried to kill as a child.

God does what humans believe to be unlikely. Principles, not posturing.

There are many forms of slavery; drugs, alcohol, certain forms of “entertainment,” or anything taken to excess that is not light. Sin is real, and it is the darkness of sin that harms and divides people. We all need salvation. Light and truth are for a time, resisted. We all wrestle with God. Thankfully, the Creator is merciful. Maybe we all should be more patient and merciful too? 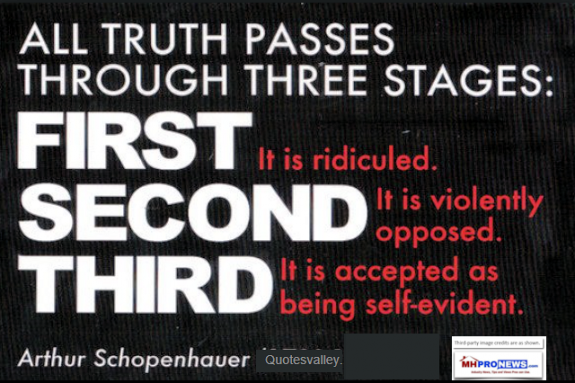 Manufactured Housing is a noble, but widely misunderstood profession. There are reasons why the industry’s acceptance has declined instead of advanced. A wise professional told me decades ago, that this is the time of year that professionals ought to ponder, study, and reflect.

Part of our solution – as a professional, business, industry, or as a nation – must be to rely upon and apply eternal truths.

Truth is as controversial today as it was 2000 years ago.

Study. Analyze. Ask questions. Seek the truth with an open mind.  Don’t prejudge, as you don’t want your profession or our homes to be misjudged either. “Do unto others, as you would have others do unto you,” said the infant king, after he grew to maturity. That humble king built homes, so perhaps we should look to him more for examples of what we too must do.

Merry Christmas to you and your loved ones. May the coming New Year be merrier and brighter.