“He lives twice, who enjoys both the past, and the present.” – Marcus Aurelius.

It was a saying on one of those wooden blocks we’ve all seen in a hundred stores that sell such items. My mom gave it to me when I was still a kid, and the Lord only knows where it might be today. But it presents a powerful lesson, as do so many other pithy quotes.

In researching this column, I didn’t find that exact quote, so perhaps whoever made that quote/block years ago was paraphrasing.  But what follows came up among the searches under Marcus Aurelius’ quotable quotes. 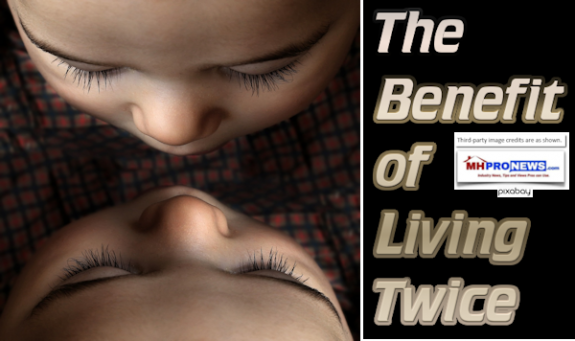 “Remember that man lives only in the present, in this fleeting instant; all the rest of his life is either past and gone, or not yet revealed.” – Marcus Aurelius.

It may seem odd to be quoting Aurelius, on the eve of the birth of Jesus Christ. 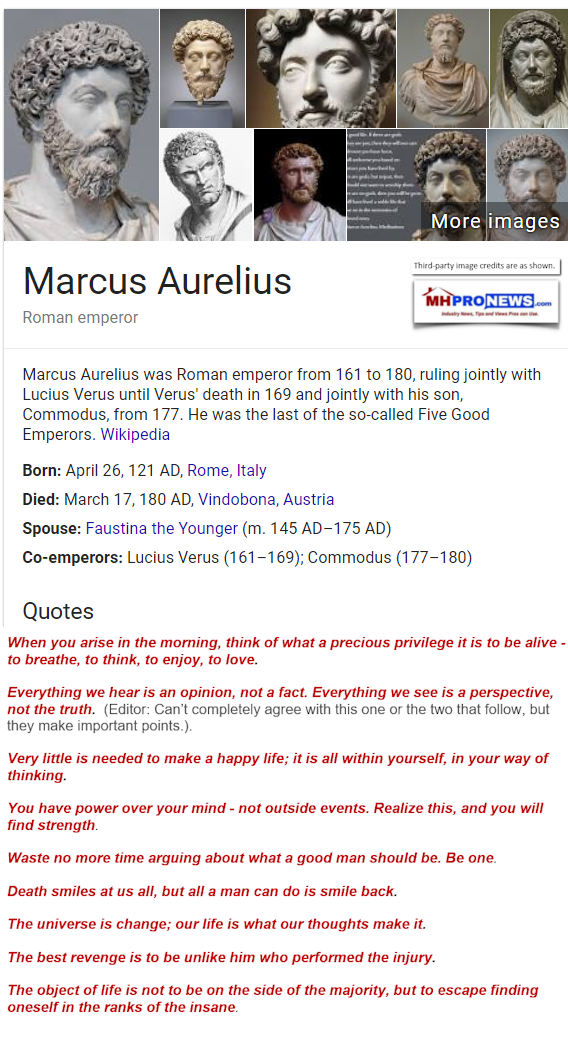 Here’s why the quote – “He lives twice, who enjoys both the past, and the present.” – can be life changing for those who are able and willing to grasp it.

All human knowledge is obtained from experience. That experience is either your own, or that of someone else. Think about it. There are no exceptions.

This moment in time is fleeting, and we move toward the future that we don’t clearly know, or look to the past, which is far more knowable.

If you are in management, or have ever applied or taken an application or resume for a job, you know that a work and educational history are included.

That resume is a snapshot of the past from that person.  Many today look at someone’s social media posts – a window into the past – which provides clues as to what that person thinks like and believes; or at least, what they want social media readers to believe.

While this writer disagrees with Warren Buffett’s politics and some of his business practices, Mr. Buffett is 100 percent correct in stressing the value of the reading and studying the past as a reasonably reliable way to get a clear understanding of the future.

Everyone who buys a property or business wants some history on that, all these are examples of ‘living twice,’ – the wisdom and insight found in history.  History isn’t boring, its priceless.

Business, political, professional, science, and faith – all knowledge is a part of the whole.  We segment it, out of modern habits.  But all truth simply is.  History, His Story, its a key to unlocking the mystery that is Christmas.

The Birth of Jesus

People don’t doubt that Julius Caesar, or Cleopatra lived.  Why do some doubt the birth, life, death, and resurrection of Jesus of Nazareth?  Jesus is far more attested to by both followers and skeptics than any other person in the ancient world.

The reason we celebrate Christmas is – as the name itself implies – because for centuries, people have celebrated Jesus.  The Christ boldly claimed to be both God and Man, come into the world to redeem us from the slavery of our sins.

Anyone reading this has one thing in common with this writer, we are all sinners. It’s not as popular to admit that today as it was 50 or 100 years ago.  But Aurelius is correct on this, that it’s not the shifting opinions of the masses that matter, it’s the truth that matters.  That truth is knowable.

Soheyla’s Christmas column was far cooler than this one, and is rightly already drawing praise (thanks to all who have sent that in).  Her points on political correctness, of how messy life can be, how leadership, and faith are intertwined reflect a lady’s touch. ICYMI, it’s linked above.

We learn a step at a time.  We make mistakes, some of those are simple errors, others are sin – which is different than breaking a human law, which may or may not be grounded in true justice.

Just consider the moral decay of the last 50 years. When the “politically correct” ignore that decay, we personally and society suffer the consequences.  The fact that we have a drug epidemic is just one of numerous signs of how bad the moral decay has become.

There are not enough cops, courts and cells in the world to force a person to be good. We must want to be good. We must personally see the wisdom and value of doing and following what is true.  After decades of trying to sideline God, secular humanism, and trillions blown by big brother government, have proven they don’t work in the place of God.

That sin exists is evident on any newscast. Be it sexual harassment (per news editors and producers, the top story of the year), corruption, crime, or any moral/legal shortcoming, sin and its effects surround us.

When we are honest, sin’s effects are also found within us.

When people live the Ten Commandments, or lived the Two Greatest Commandments that Jesus gave – Love God, Love Your Neighbor (everyone) – they commit no crime.

Secular humanism, socialism, “big brother government,” and “political correctness” have demonstrably failed.  What has always succeeded when tried is the blessings of living a life of faith. Those blessings extend to business. A big operation’s sales manager told me that he was oversimplifying, but he believed that most that he knew where either hooked on drinking, drugs, some other addiction – or they are hooked on God.

That’s what the Jewish infant Jesus the Christ came to bring all of humanity.  Freedom.

Who says?  History does.  We live twice – literally and figuratively – when we seek and strive day-by-day to live the historic truth Jesus taught by word and deed.

Words and their meaning are important, and ought to be carefully chosen.  The name “Israel” means “one who wrestles with God.”  We all wrestle with God.  We all struggle with what is right and wrong.

I’m not a Muslim, but I’ve studied the Quran (Koran, etc.) some, Mohammed, and their faith’s history. The truth is tucked away there in an interesting way. The Quran tells the story of Jesus, who as a baby, miraculously speaks.  (Quran: Surah 19:29-31 and 3:46).  The Quran honors Mary, Jesus’ mother, more than any other woman.  Interesting, isn’t it?

“Mary (Arabic: مريم‎, translit. Maryam), the mother of Jesus (Isa), holds a singularly exalted place in Islam as the only woman named in the Qur’an, which refers to her seventy times and explicitly identifies her as the greatest of all women, stating, with reference to the angelic salutation during the annunciation, “O Mary, God has chosen you, and purified you; He has chosen you above all the women of creation,” says Wikipedia.

Christianity is sadly divided, but if you go back to the first Protestant, Martin Luther, he said very similar things about Mary as the Quran does.

“[Mary is the] highest woman and the noblest gem in Christianity after Christ… She is nobility, wisdom, and holiness personified. We can never honor her enough. Still honor and praise must be given to her in such a way as to injure neither Christ nor the Scriptures.” (source, ChurchPop). It’s interesting to note that Luther believed Mary, the mother of Jesus to be a perpetual virgin, which is the only thing that makes sense when the Greek text is carefully analyzed.  John Calvin said similar things.

The truth is knowable. But we must be willing to have our personal beliefs and biases challenged.

Today, we hope you’ll celebrate the historic truth of what Jesus came to earth to accomplish.  Our industry, our nation, needs His saving truth – and the grace that with understanding makes us able to live that truth, now, and eternity.

Every woman who conceives and bears a child was at some point in time, a virgin. 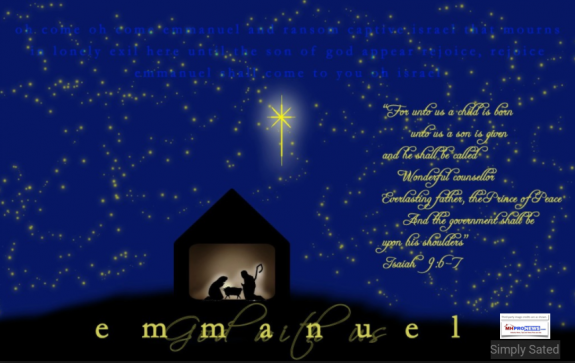 The only logical meaning to the prophecy of Isaiah dovetails with what Luther, Mohamed, Calvin or millions before and since them believed about Mary. She was ever-virgin. That’s the miracle. That’s the sign that this Jesus is Emmanuel, “God is with us.”

God Himself doesn’t force belief on His creation. But the clues are all around us, for those with the eyes to see.

That’s living not once, not twice, but living three times.  Past, present, and the eternal future.

Our gift to God is the one that the Little Drummer Boy gave, playing our best for Him.

From our family to yours, Merry Christmas! ## (Christmas reflection.)