While the White House communications team involved in the 4.20.2022 listening session made time available for this writer, L. A. “Tony” Kovach, to address the 60 or so attendees of their federal Zoom call, a technical glitch kept the following remarks from occurring. A post was made in the comments that linked to prior comments to the 3.25.2022 FHFA Listening Session. Those links are below.

The comments are prepared for the listening session are as follows.

‘A Pimple on an Elephant’s Ass’

That’s how a Manufactured Housing Executives Council (MHEC) member described to MHProNews the comparative losses on manufactured homes in the late 1990s and early 2000s to the massive losses incurred in conventional housing circa the 2008-era housing-financial crisis.

2 decades later, mistakes made by some in manufactured housing are still used as a stated or implied excuse for not providing secondary market support for manufactured home loans. That’s despite evidence that properly underwritten and serviced manufactured homes have demonstrated good performance.

An FHFA Listening Session on 3.25.2021 on the Enterprise Housing Goals includes the evidence-based and hot-linked remarks as prepared for delivery by myself, L. A. “Tony’ Kovach. A 7-minute read named names and references comments by relevant public officials, nonprofits, corporate, mainstream media, and others.

They shed light on why manufactured housing is underperforming during an affordable housing crisis.

It is arguably as relevant today as it was then.

Why? Because so little progress has occurred since that time.

If you do a google search for – FHFA Kovach Statement Pimple on an Elephant’s ass – and that FHFA posted document will be the top result today.

New evidence emerged since what FHFA called the Kovach Statement document was posted.

The new evidence tends to confirm why there was less than 30 percent of the manufactured home production in 2021 as was achieved in 1998.

Since 1998, the Manufactured Housing Improvement Act (MHIA) of 2000 was enacted and signed into law by President Bill Clinton (D). The measure was widely bipartisan and was billed as an affordable housing law.

In 2008, secondary market access financing support for manufactured homes was mandated by the Housing and Economic Recovery Act (HERA) in its Duty to Serve Manufactured Housing provision. Known as DTS, some 14 years have passed since HERA was enacted by a widely bipartisan vote in Congress. HERA was passed on July 24, 2008, says Wikipedia, and was signed by President George W. Bush (R) on July 30, 2008.

Doug Ryan at Prosperity Now accused MHI of protecting Clayton Homes lending moat by not earnestly pushing for DTS enforcement by the FHFA.

Ryan in an op-ed to American Banker entitled “Time to End the Monopoly Over Manufactured Housing,” Ryan explained his concerns.

In a similar vein, James A. “Jim” Schmitz Jr, a senior economist for the Minneapolis Federal Reserve in a series of well evidenced articles written in conjunction with other researchers said solving the affordable housing crisis will require fighting monopolies.

While MHI’s Lesli Gooch disagreed with Ryan publicly, why hasn’t MHI signed onto the Underserved Mortgage Markets Coalition letter? MHProNews will plan to post these remarks as prepared with appropriate links to evidence of these concerns on our website tomorrow. Thank you.

As a youth, this writer noted that the initials – LAJK – if pronounced in an anglicized manner, would sound like “logic.” As the son of a world-class philosopher, logic was deemed important. Having fun with “logic” phonetically was cool for a teen. Fast forward decades later to 2022, and L. A. “Tony” Kovach or L. A. “Tony” has for some 30 years been the moniker of choice. Given that ‘branding’ has been considered a thing for some years, self-branding in that way was some years ahead of its time.  But it is similar to Cavco’s William Boor using the nickname “Bill,” or MHI’s prior president and CEO, Richard Jennison using the nickname “Dick,” or Thomas Hodges going by the nickname “Tom,” people may want to tweak how they are known and referred to publicly. In most cases, it is entirely innocent, or perhaps even fun-loving.

That brief aside is made for the sake of any who might be distracted by some cheap shot artists who have nothing better to do than try to deflect from the serious, evidence-based issues that MHProNews and MHLivingNews raise. Before L A Tony K was LAJK. Same person, different era, tastes evolve.

To see the context for the White House Listening Session expert opinion comments posted above, see the report linked below. 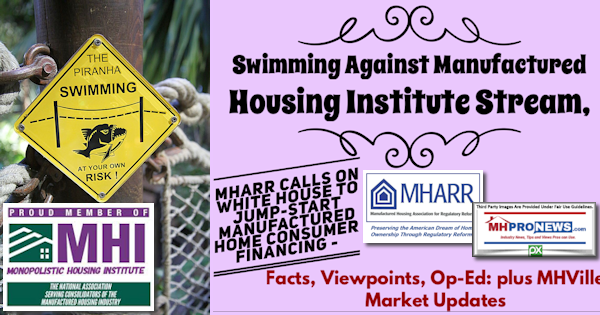