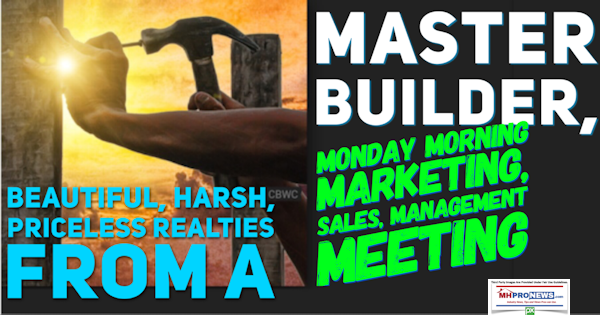 Because there’s plenty to debunk.

For example.  On social media, it’s common to find positive thinking ‘uplifting’ and ‘feel-good’ messages. Many of us have shared, read, and enjoyed them. Among them are variations on the following theme.

At the heart of every error one can often find a kernel of truth. That’s the case with the above. So, what follows is what refutes – but also clarifies, and painfully confirms – the above.

Jesus of Nazareth was a carpenter, more precisely in the Greek, a tekton, a worker in stone and wood. He likely built housing, as well as furnishings, tools, and such. In fact, one of Jesus’ parables was about building a home on a proper foundation. Because, as the Nazarene explained, a house with a faulty foundation can readily collapse.

The right foundation is a key to much in life, not just home building. When someone is building on misinformation, for example, the higher the degree of misinformation, the lower the success rate will tend to be.  I’ve seen and visited numerous sales centers and communities that did so much correctly, but were underperforming.  Sometimes, only a few things – often in the mind or will – that some might think little were missing.

Billions globally profess some level of belief, however imperfectly, that Jesus was both a human and Divine person. This God-Man, admittedly an affront to the faith of some others, was said to be sinless, perfect.

That perfect person taught love, forgiveness, and charity in its original sense. He greeted others with “Shalom,” ‘peace be to you,’ which has its Jewish and Muslim variations. In the ancient Hebrew sense, “Shalom” was a prayer or wish for all that is good – more than peace – it meant the blessings of good health, spiritual, social, and financial.

So, follow along.  Here’s this perfect person, Jesus, who:

How was this Jewish Carpenter – a tekton, a builder like many of our readers – greeted by His contemporaries?

The reactions were mixed. Some adored Him, others despised Jesus, and others still played ‘wait and see.’  Human nature is now what it was then.

In the end, that perfect person – who by definition had perfect thoughts – was put to the most horrific death then known to mankind. That’s where that social media meme paraphrased above fails.  Jesus crime? To speak His Truth to earthly power, and not back down from it.  Christians surprisingly often forget that Jesus overturned the tables of the moneychangers. He was strong, a tekton, a man’s man, not a milquetoast.

Jesus was disruptive.  He had friends, enemies, and those in between.

He challenged the status quo, but the adult from Bethlehem didn’t do so with what we’d normally think of as weapons.  Because the weapons the Nazarene used were words and deeds.

Back to the paraphrase above from social media. Those who sincerely believe that if you send out good thoughts, that they will automatically come back are both right and wrong. The perfect example is Jesus. He suffered and died for those good thoughts and actions. But then and since, billions believe Jesus was raised from death, and in time, ascended into heaven after showing numbers of others that death isn’t the final word.

There is no victory without sacrifice. In the gym, they say, ‘no pain, no gain.’ That’s far closer to the truth than the notion that nice thoughts alone will save the world.  Nice thoughts, must be followed by the proper deeds. 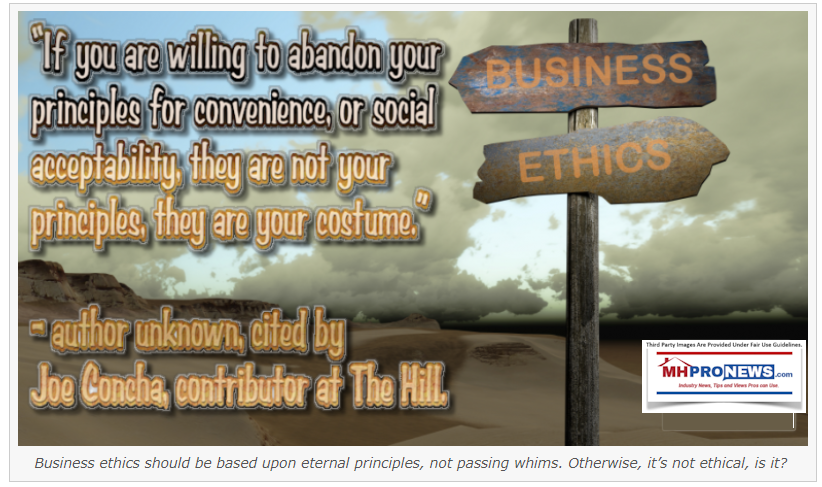 The first job for each of us is always the hardest, and it is always ourselves, and done interiorly. We work must work on our own understanding. We must strive to discover the true and the wonderous. We must work on our own weaknesses.  That takes humility, as the followers of Jesus learned.  To do that, we need God, but we also need each other.

From the penniless to the world richest man, all of us will someday die. That’s not negative, its reality.

What do we do with this gift of life between now and then?

If we think that something good will happen without sacrifice, that sounds like a nice meme on social media, but at that simplistic level alone, it would be mistaken.

Please check back to see the Masthead later today or Tuesday, because it very much relates to what individuals and locations in our industry must do to reach their potential and thrive.

But suffice for now this point. That everyone in management, sales, ownership, executive, investor, public official, or whatever level you care to think of must ponder.

Pretty words without their proper deeds can mask a harsh reality.

Noble, honest words matched by honorable deeds will in time achieve the greatest reward. But that never happens without time, effort, and sacrifice. That’s the ultimate lesson. With the right foundation, with proper understand and effort, we can achieve good things, even if it does require some pain and sacrifice, because it will.

That’s reality. And it’s beautiful. Learn and do what’s right, because more often than not, you’ll benefit others, and by doing so, you will profit yourself and so will the world. Integrity is the foundation for sustained success. But that doesn’t mean you won’t suffer some for it along the way.

Manufactured Housing – MHVille, It’s Not a Matter Open to Interpretation