For some years, this scribe and others have tried to correct the kinds of issues that will be cited in this column in an off-the-radar fashion.

Those efforts have candidly not been successful. Having tried the behind the scenes approaches, we are again taking the case to MH Industry readers, since these MH Industry issues connected to MHI and the two people named in this headline are arguably costing our industry tens of billions of dollars annually.  You do the math as to what that might mean for an operation or career like yours. Let’s begin.

First, everybody deserves the basic respect of being made in the image and likeness of the Divine.

But frankly, what any of us do with the gifts we have been given is not always worthy of that divine level of respect. The brief critique below is not meant to be exhaustive, its not meant as any kind of personal attack.  This is professional analysis, and should be seen in just that way, as both Richard “Dick” Jennison and Lesli Gooch, Ph.D are clearly public and industry figures – who in the world of media and journalism are subject to this kind of scrutiny.

2) Before diving into the already identified problematic areas of their respective performance, let me note that they are both skilled people, and I have said so privately and publicly. Wherever they go after MHI, I would wish them only the best. No doubt they should learn from the MH experience, and they (…and so many of us in MH…) could be better off somewhere else.

3) Let’s begin with a comment from industry veteran Kenny Lipshutz, one of many that we could pick from interviews and articles done over the years, but this one happens to be current in this June issue of MHProNews. Kenny doesn’t name names and if you read the comments in context, at this link here, you see that Kenny is a pro-association gent.

4) MHProNews is told routinely by people off the record that MHI is not getting the job done.  Some are in politically or professionally sensitive roles, so they are not able to make comments public. These comments come to us from people in MHI, aligned with MHI, those outside of MHI or in some cases not with any industry association.

5) Keep in mind that in an organization, the buck stops with the president. Last year, Frank Rolfe – about #6 in the MHC world – had this to say about MHI:

6) This year, Frank said publicly (paraphrasing, a video of this is in production) at an MH event that he thought the efforts for HR 650/S 682 where going no where and that it was in his view a waste of time and  resources. Keep in mind that he had previously publicly and in writing supported the effort. So is it too much of a stretch to think that he too thinks that a cause worthy of his support is not being handled properly?

7) Bob Crawford, at historic Dick Moore Housing, went so far as to say that the industry needs a post production association focused on the interests of independent MH retailers and community owners. Isn’t that a back handed slap at MHI’s performance too?

8) I could cite other public quotes and statements that politely point to the notion that MHi’s Dick Jennison and SVP Lesli Gooch are not getting the job done.  Please note that Rolfe has praised certain state associations publicly, such as the Wisconsin Housing Alliance. Note Kenny in his interview praised the Michigan association. These are not anti-MH association professionals. Rather, don’t they and others who speak to us – on or off the record – see MHI’s key staff failure to perform?

As a dues paying MHI member and elected MHI Suppliers Division board member, it brings me no joy to take time writing columns about Jennison’s or Gooch’s lapses in judgment, failure to perform successfully, or other troubling issues that I won’t raise today, but will address if the nonsense in Arlington isn’t stopped forthwith.

9) It should be noted that state associations leaders are in a bind over the problems noted herein and others about MHI’s paid staff leadership.  Association execs like some of what happens at MHI.  They may like Jennison or Gooch personally.  It isn’t easy for them to come out publicly and critique Jennison, Gooch or anyone else at MHI.

10) Something similar can be said about individual members or companies who benefit from MHI via contracts given or favors done in other ways. There are individuals working for small to large and respected firms who tell MHProNews privately that they are troubled, bothered or disgusted by how affairs are mishandled in Arlington, where MHI is based.

11) For me, even if there wasn’t a history of alleged failures and missteps like the one linked here or others one can point to, the way Lesli Gooch – reportedly with Dick Jennison’s approval – deliberately mislead MHI members ought to be reason enough to ask them to resign, or face termination.  See the article linked above.

12) As the still above from the video exchange shown below between CFPB’s Richard Cordray and Senator  Donnelly, along with the prior one Senator Corker, provided a target rich opportunities to advance the MH cause on the MLO rule and points and fees thresholds. Why wasn’t it used publicly? Why didn’t Gooch or Jennison think to do a similar graphic, and then pound away publicly at Richard Cordray and the CFPB?

13) The articles and video MHLivingNews and MHProNews has produced and published are packed with useful insights, why doesn’t MHI use them?

14) The looming DOE, Pam Danner/HUD, how DTS is being presented to the industry as opposed to previously unstated facts on this topic, along with other problems flowing from MHI are just icing on the cake as to why these two must go, and why according to our insider sources, two others at MHI should be carefully scrutinized and perhaps also need of be asked to resign or dismissed.

15) MHProNews has been told by officials with various organizations that MHI’s actions are – to put it politely – not respected. Let’s think objectively, instead of reacting emotionally or shooting the messenger. Why is readership at MHProNews.com and MHLivingNews dwarfing that of MHI? Why are public officials, investors and others who have talked to MHI, then come to express themselves to us?

Answer? Because they also think that something must be done at MHI too. So for those who will push back and say that this should be dealt with quietly and behind closed doors:

16) IMHO, based upon the evidence and allegations heard, Jennison and Gooch should go as soon as possible.  There is much to do in 2016, the deeper into the year we get, the odds are that much less likely something positive will get done in DC.

17) Precisely because they have some good skills, is all the more reason they must be held to a higher standard than what their performance has been in their respective roles as president and SVP at the Manufactured Housing Institute (MHI).

Is it a surprise? How do you defend want can’t be defended?

IMHO, this and more points to bad judgment at its best, inept or agenda driven actions at it worst. With billions at stake, and no corrections in sights, sorry if it seems politically incorrect, but Jennison and Gooch must go.

Once these allegedly problematic team members are removed from the MHI staff, other MHI reforms should also follow.

As always, such opinions published on MHProNews  are solely our view, and should not be construed as representing our sponsors or any others. I’d take that a step further, the fact that Kenny, Frank or Bob spoke out on issues relating to MHI should not be constructed to mean they want Jennison and Gooch to resign.  They can and should speak for themselves, should the wish to do so.

That Jennison and Gooch should go is my considered conclusion as the pro-Industry publisher here. The buck stops with the president and the SVP wrote that misleading MHI Housing Alert. To me, the failure to cross the goal line and the problems looming on other issues are all reasons these two should go.

We Provide, You Decide. © Other well reasoned perspectives, including from Gooch and Jennison, are welcomed. 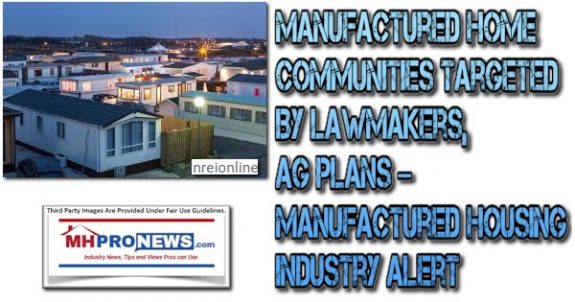 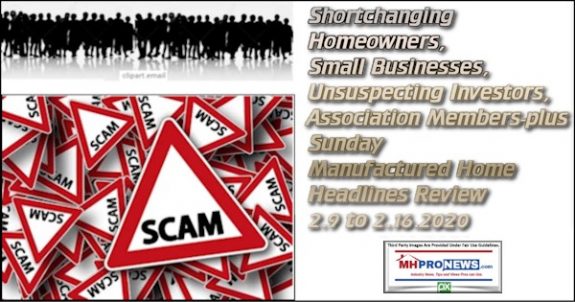 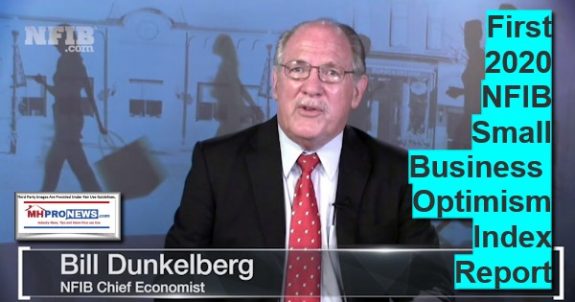 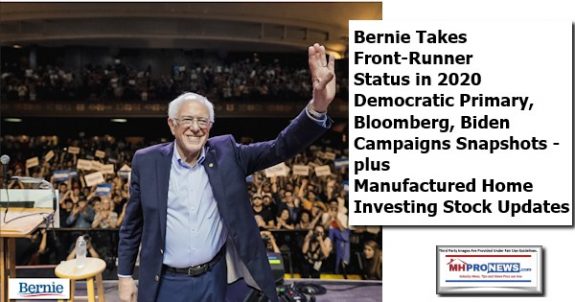