The messages are already coming in.  Celebration and shock.  Joy and surprise.

The results for the race for the White House, the control of the House and the Senate, are now largely known.

People from all racial, religious, economic, political and other groups came together in a variety of ways to pull off the upset win, making Donald J. Trump the 45th President of the United States.

It is indeed a movement; a peaceful, American political revolution.

There are many people – millions – who played a part, small to large, in making this outcome happen.

(Note any ads on YouTube videos are from third parties.)

While it is a time to celebrate, it isn’t a time to arrogantly spike the ball.

This isn’t a time for Trump supporters to rub the noses of those who favored the Democratic or third party nominees.  The tone at 3 AM this morning of the president-elect, who truly is not a typical Republican, was the right one.  It is now time to come together.  Please see his and other videos on this page.

For months, close followers of our site – and there are thousands of you out there – know that we’ve been part of the alternative army of unpaid volunteers who have worked for a true change in Washington politics.  Compared to the role of giant sites like Drudge or Breitbart, or talk radio or the more fair and balanced mainstream media, our role was modest.

But everyone that shared on social media, spoke to friends and neighbors or did what they could can feel good about this victory.

The opportunity for sanity to return to domestic and foreign policy is real.  The first step is done; the next steps await once the transition takes place and the new president, vice president and Congress are sworn in next January and begin their work.

As recently as last week in Chicago, hundreds of manufactured housing industry pros listened to paid experts who explained why Hillary Clinton would be the next president of the U.S.

Those intelligent fellows were not alone. 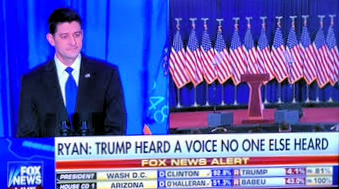 an amazing array of people got this election outcome wrong, wrong, wrong.  That’s not to rub it in, that’s a simple statement of fact.

They didn’t understand the mood of the tens of millions who handed Trump the victory.  Some in media and politics had a feeling, but most gave America the ‘party line,’ hoping to manipulate or depress the pro-Trump, pro-change crowds’ votes.

Trump delivered on his promise to show the nation how to win, against the fiercest onslaught of negative media and negative advertising that has ever been leveled against one person in the history of politics.

For those who think that the Republicans could have had a better candidate, let me make a simple point.  If someone targeted the saintliest person among us with billions of dollars of attacks, they’d look radioactive too.

Trump took it all, and kept on fighting.  However you voted, give the man credit for never, ever quitting. 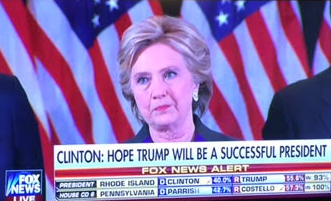 Those who honestly missed it…

There were some who were mistaken, not manipulating or spinning, just simply missed it about this Trump, “America First” movement.

They didn’t look at the internals of the polling, that we outlined on the Daily Business News and here on the Masthead blog in the days ahead of the November 8th voting.

Donald Trump has exposed what he called “the rigged system,” a cry that Bernie Sanders had also used.

A new coalition was formed by Trump, of: 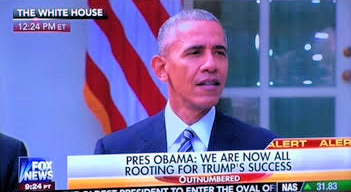 There are millions who bought the lies and exaggerations spun against Donald Trump.

The nation didn’t elect a saint. They elected a winner.  A successful business person – a builder with ties to modular housing! – who used sharp elbows to achieve an upset win against billions of dollars spent and used against him and the movement he represents.

How will he govern?  Just look at the people he has already surrounded himself with.

Look at his acceptance speech.

Here are some of the keys for MH Pros regarding the stated Trump agenda:

It won’t be easy, but change is coming that will be good for all Americans.  Your Masthead scribe believes that to be true. Watch for housing to grow, and so will our part in the housing market.

Let’s watch as this historic movement rolls on, and don’t be surprised if business booms in 2017…and beyond.

Thank God.  God blessed America.  Voters responded. Now, let’s get to work to make this new chapter in America happen for the good of all, shall we? ##