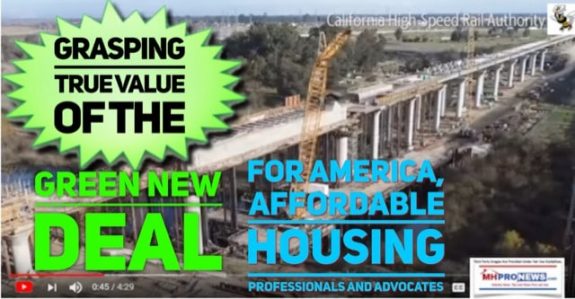 Every romance or seduction, each marketing pitch or sale, and every con job begins with a common point of departure.  Something seemingly desirable is offered or promised.

The challenge becomes in discerning what is authentic and what is bogus.

The Green New Deal is the logical evolution of the direction that Democratic politics in the U.S. has been heading toward for years. It includes pledges and goals that involve housing, transportation, energy, incomes, healthcare, education, and more.

In marketing and selling “free” is a common phrase. Why? Because for decades, it has worked at attracting prospects and closing deals.

The question becomes can the party or person making a given offer deliver on the dangled pledge?

Senator Bernie Sanders (VT-I, who caucuses with Democrats) and U.S. Representative Alexandria Ocasio-Cortez (AOC) (NY-D) make no secret about the fact that they believe in socialism. Give them and others like them credit for being up-front about their beliefs.

Among the points in the Green New Deal is the call for high-speed trains and an end to air travel. There are numerous challenges to achieving that in a decade. California Governor Gavin Newsome just announced the cancellation of much of that state’s high-speed rail project. Billions have been wasted, per their own statements.

Per CNBC, “A decade ago, California voters approved Proposition 1A, authorizing nearly $10 billion in bond money for the construction of the high-speed rail system. Since the 2008 vote, though, the project been plagued by delays and cost overruns, and polls show most California voters want the funds to go for something else other than high-speed rail.” It could be 77 billion to 98 billion to complete the 520 mile project, which now might be done by 2033.

If California can’t make high-speed rail work for about 500 miles, how is it supposed to work for all of America in only 10 years, as the Green New Deal proposes?  See the Democratic plan’s overview, in their document linked here.

Local resistance to a large solar project in Virginia is another example of the environmental, cost, and other the challenges that the Green New Deal (GND) backers face.

There is one bright spot that we will look at for the GND. But much of the proposal faces practical, economic, modern, and historic challenges. If one summed up the problematic portions, it could be called a socialistic utopian dream. Let’s consider that historic track.

Modern Venezuela is a tragic economic and political basket case. A nation that was far more prosperous only a decade ago is now being held together by the military. The very guns that Sanders and AOC would take from citizens in the U.S. – given the chance – is what Venezuela’s police and military must threaten or use to keep those who were promised a socialist utopia from rebelling against their living hell.

The term “Nazi” is a contraction of “National Socialist.” It’s a leftist perspective, not a conservative one. 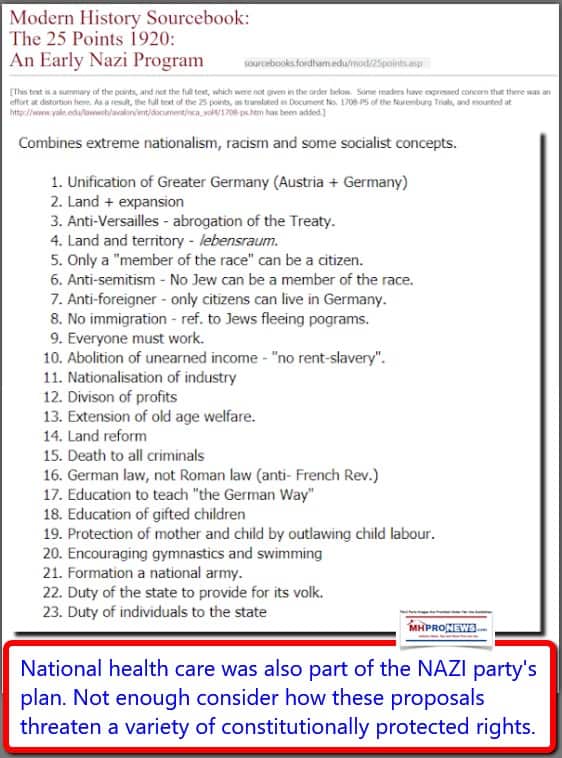 The Nazis came to power through bold lies, organized terror, and intimidation tactics. Free healthcare and other aspects akin to parts of the Democratic agenda of today was promised by the Nazis.  The above is from Fordham, what’s below is per the BBC.

But those big, bold early lies and deceptions resulted in death camps.  Their concentration camps were slave labor.  One kind of social ill was arguably replaced by far worse ones. The loss of freedom by Germans to the Nazi regime was held together by propaganda, secret police, a surveillance state, and the point of a gun or bayonet.

Cuba. Soviet Russia. Red China. They all followed similar patterns to modern Venezuela or Nazi Germany. Promises were made but were not kept. The big lie was what began the journey down the path of a loss of personal, economic, religious, and economic freedom.

The true value of the Green New Deal is to reveal the combination of hypocrisy, ignorance, corruption, and/or lunacy of those who promote or obscure its reality.

The true value of the Green New Deal (GND) is that if it is properly exposed, it can for a time beat back the decades of deception that led Americans to this tipping point.

Abraham Lincoln said that America could only be conquered from within. Here’s how he phrased it, per BrainyQuote.

“America will never be destroyed from the outside.
If we falter and lose our freedoms, it will be because we destroyed ourselves.”

Showman P.T. Barnum cautioned that “There is a sucker born every minute.”

Samuel Clemens, writing under his famous pen name of Mark Twain, mocked the liars and con artists of his day like this: “Get your facts first, then you can distort them as you please.”

“Leaders grasp nettles,” said David Ogilvy a military officer who became known as the known as the “Father of Advertising.” Give President Trump credit for grasping the nettles and saying that America will never be a socialist country. Time will tell if that call to action is successful.

The battle of good vs. evil reportedly goes back before the dawn of humanity. God created angels, says the Scriptures. Some of them decided not to serve. The devil known as Satan led humans via the subtle lie into temptation too. What was that lie?

“You will be like God, knowing good and evil.” The subtlety was that Scripture says that God had already made Adam and Eve in the Creator’s own “image and likeness.”

Free enterprise is based upon a free and authentic exchange, not forced coercion or deception. The Ten Commandments, properly understood, are what society needs to govern the behavior of people.

Those of us fortunate enough to have learned in junior high school that “there ain’t no such thing as a free lunch,” or “TANSTAAFL” already realize that someone always pays.

The payment for socialism’s false promises are a loss of freedom.

As affordable housing professionals, investors, and advocates must clench that the battle for America involves information vs. misinformation. The fight for America include media wars, cultural allurements, legislative, regulatory, capital access, and organizational struggles.

One potentially good thing about the Green New Deal? It takes an antitrust stance. When one steps back and sees what is actually happening in our industry and America at large, the steady of consolidation of wealth and power is being achieved through monopolistic practices.  Break up those monopolies, if they were accomplished through illicit means, fine them each the tens of billions that they’ve arguably cost our nation and its people. See the related reports for more.

Manufactured homes are the most proven form of largely unsubsidized affordable housing in the U.S. This once greater in scope industry nevertheless is producing its best value homes ever. Yet they are misunderstood.

That too is akin to the cause and effect of what’s led our nation and this industry to this nexus. Independents? Investors? The Green New Deal is Chinese word for crisis, which is danger as well as opportunity. 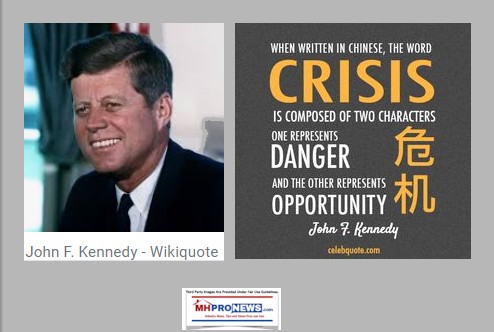 The chance to break free of the grip of those who peddle misinformation for their own benefit may have never been greater for the U.S. than at any time in the last 50 years. That may be the bottom line true value of the Green New Deal. “We Provide, You Decide.” © ## (News, commentary, and analysis.) 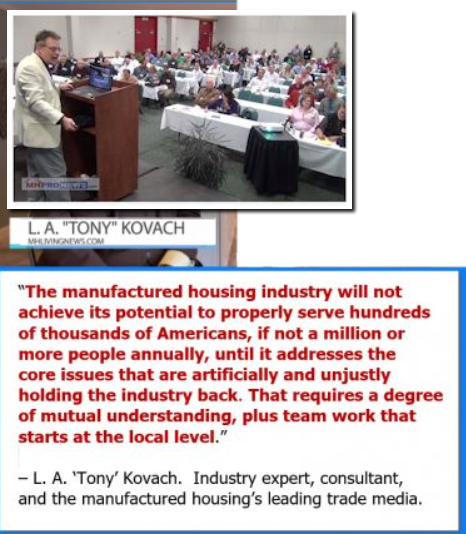