The manufactured home industry’s professionals are on Google – and use their services – much like the rest of America does.

With SEO (Search Engine Optimization) website and marketing coaches telling the industry’s pros how to navigate and benefit from Google and their sister operation YouTube’s tendencies, some have failed to ask an obvious question.

Has Google become too powerful?

Is Google twisting our industry, and other professions as well, in ways they legally shouldn’t?

Former California Gov. Pete Wilson, is now with the law firm of Browne George Ross says the Washington Times. Wilson is among the attorneys representing representing Dennis Prager led PragerU in a lawsuit against Google/YouTube.

“The lawsuit asks the court to declare that Google and YouTube have violated PragerU’s free speech rights,” says the D.C. based right-of-center publication, “issue an injunction blocking the companies from censoring or demonetizing or otherwise restricting its content and award monetary damages.”

Not Just PragerU, It’s U Too

And the left and right alike are raising the alarm over how much power the behemoth has. For a detailed report on monopoly and other legal concerns, click here.

While left and right alike are becoming engrossed, what free enterprise/conservative PragerU and others are increasingly alleging is that Google can choke off competition, and that includes choking off free speech.

A small business focused educational video is shown below as an example of PragerU’s content.  MHProNews periodically uses their videos to illustrate various principles.

While that may seem to be a yawn for the non-politically minded, keep in mind that Google controls how people find – or don’t – manufactured housing.  Google/YouTube also influences the kind of results that are arising from a search.

“What they are doing is essentially doing on a broader scale what colleges and universities have done when they’ve forbidden conservative speakers, and that is the ultimate censorship,”  former Gov. Wilson said in an interview. “It’s outrageous.” 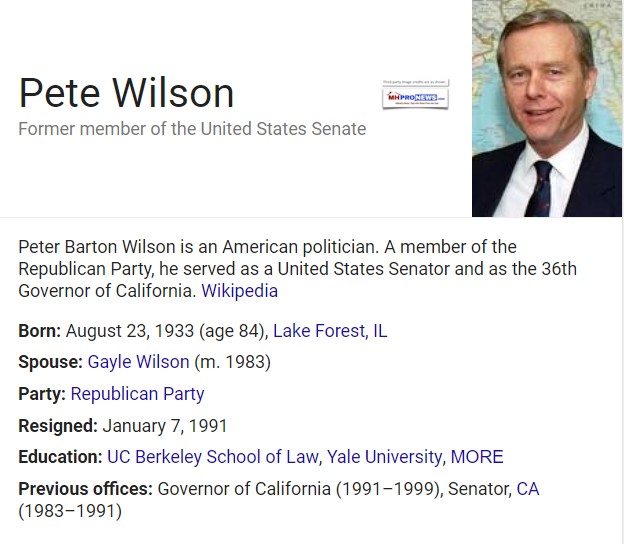 The Daily Business News will continue to monitor this high-impact issue for the industry’s marketers, and will alert readers if-and-when definitive action is proposed by Democrats or Republicans to reign in the growing economic and political power of the tech giants.## (News, analysis.)

Submitted by Soheyla Kovach to the Daily Business News for MHProNews.