As usual, I have been perusing the media sites, informational resources and doing online searches on news regarding Manufactured and Modular Housing.

In doing, so I have come across articles supported by the Manufactured Housing Institute (MHI) that have taken me aback.  These articles include quotes from MHI CEO Richard Jennison.  I couldn’t help but to reread these articles several times, as I couldn’t believe what I was reading would get published by a national association like MHI.

One would think the legal eyes would be on these advertorials published via StatePoint.  They need eyes like hawks on a field mouse to verify and validate appropriate and accurate content regarding quotes and implications.  When promotional articles are wordsmithed correctly, they protect the association and its membership from potential individual or class action suits.

Quoting from one of those MHI-Jennison (StatePoint) article, “Furthermore, they (referring to HUD Code manufactured homes in a land lease community) appreciate in value, just like site built homes.”

Umm, are you kidding me?

I was blown back by this comment from countless perspectives.  The first of which is NEVER violate the second GOLDEN RULE of real estate.

Guaranteeing appreciation is a quick, sure way of opening yourself up to a gigantic law suit that can bury you and your firm; or in this case, an association making such a problematic assertion.

For the CEO of a national association to put that in writing is appalling. Especially so, after they spent time convincing the GSEs to use Blue Book valuation in early 2016 when assessing or appraising MH in an MHC!

Now the article with Jennison’s comment was presumably released from the highest level of MHI.

Where’s the disconnect?  Who approved this?  Were any of the legal eagles reading this carefully to see the potential for future legal issues for both the association and just about everyone associated with making a sale to a consumer placing their new home in an MHC?

If just one person relies on that Richard Jennison statement and buys a manufactured home, sites it in an MHC, and loses money or doesn’t feel their appreciation rate matches that of their brick and mortar friend who owns a home in the same zip code, what do you think that consumer is going to do?

They are going to hit the internet after work and research their subject material, to determine why they were told their appreciation would be the same – and then they may well run across resources that tell them why there home is not gaining value as they were led to believe.  They are going to put the pieces together. That can lead to major problems for many in the MH industry.

They may even call MHI, their state association or…their attorney.

That consumer is going to learn that MH home prices are determined by Blue Book values, as MHI pushed to have that implemented in discussions with the GSEs. Anybody, even the least sophisticated consumer, knows from their car buying and selling experience that Blue Book values are based on depreciation.

There are so many factors that go into appreciation and depreciation, as real estate and many MH industry professionals know. There is the local and national economy. Location, including the impact of factors like the school district.

How about the quality level of the subject manufactured home, and how it is being care for – or not – by its owner? How about the foundation and installation system under the home? How is the community managed and maintained?

But all those facts and qualifiers about manufactured – or other homes – is missing in this highly irregular line, again, quoting Jennison – “Furthermore, they appreciate in value, just like site built homes.”

Where are Jennison’s and MHI’s qualifiers for all of these issues in that StatePoint advertorial, and so many more that are needed?

Before writing this column, I sent the link to that MHI/StatePoint article to some legal minds, and asked them for their input on manufactured home appreciation being automatic in a land lease community.

The return calls included a voice laughing on the other end, asking me to please distribute their business cards to those consumers who had bought homes under the pretense of the comment made by the CEO of the national association.

This advertorial approach was a mix of good, bad, inaccurate and deceptive marketing on behalf of a national manufactured housing association. I’ve focused on the bad, because that is where the problems will come from.

You would never see the NAHB or another national trade associations blurt out such problematic nonsense. ##

(Editor’s Note: headline was provided by MHProNews. This column nor the cover message directly referenced the Masthead column linked here, but it is on the same topic.) 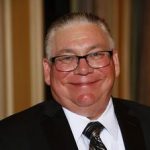