Manufactured housing could cure most of the ills we have in this country as it pertains to the housing shortage.

Why then is it not being utilized as it could be?  Especially when it is known what the consent of the governed has been towards its use, i.e.: HUD?

The answer lies in the fact that super-capitalists and monopolies controlled by the few, lobby against the very democracy that afforded them the billions they have at their disposal. They are able to do this by making sure that on every level of the socioeconomic hierarchy, they have agents, allies, or directors forming what is called an Interlocking Directorate.

These directorates can be very deceptive, because most times their job is not to steer but just to glean information to disseminate to the titular head of the organization. Many an activist, including myself, have fallen prey to this type of hidden maneuvering and manipulation.  Warren Buffett is among such Americans.

I was never in agreement with parts of the Civil Rights Movement as it pertained to making people do what they otherwise did not want to do. I believe that if you don’t want me in your store, then I should not go to your store.

I believe that people participating in a Democracy should be granted all the same access, holding to the words of the Declaration of Independence; “We hold these truths to be self-evident, that all men are created equal, that they are endowed by their Creator with certain unalienable Rights, that among these are Life, Liberty and the pursuit of Happiness. That to secure these rights, Governments are instituted among Men, deriving their just powers from the consent of the governed.”

Simply put, a Democratic Government should give equal access to the governed. To all people who are citizens, black, white, yellow, etc.

It is in this vein that my parents, and I as a parent, disagreed with affirmative action. If you gave me access to: living wage jobs, bank loans to purchase a home and an equally unencumbered education, then I could do the rest by myself! That in and of itself is reparations.

I have said before that home ownership is the quickest way to build wealth.

Our personal experience with buying and paying off a factory-built home, in the days before the HUD Code for manufactured housing came into being, is another indicator that manufactured homes can rise in value side-by-side with conventional housing.

HUD and public officials need to make enhanced preemption of manufactured homes a reality. What else will fix the problem millions face caused by locals and officials blocking access to wealth-creating affordable? ## 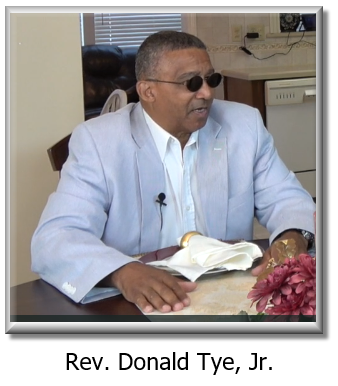 (Editor’s Notes: Rev. Tye has recently returned from Puerto Rico, where he saw the post-hurricane challenges first hand.  He’s also involved with investors in transformational studies in housing.  Tye is actively advocating for the use of the enhanced preemption passed into law by the Manufactured Housing Improvement Act of 2000.  The links below are related topics that sparked the letter provided by Tye above to MHProNews for publication.

Tye has also provided a sample of legal research from Harvard University on the challenges and problems that can be created by interlocking directorates. Stay tuned for that report…Titles to articles and illustrations are routinely provided by the publisher, as is the case here.)