To All Concerned [Bryan City Officials, Others]:

As the retail location referenced by Mr. Inderman, I would like to take a moment to address the issues of eliminating MU1 zoning.  I have also served as the past Chairman of the Texas Manufactured Housing Association and serve on the board of directors of the Manufactured Housing Institute in Arlington, VA and remain steadfastly involved in promoting and protecting my industry from regulations at all levels of government that would attempt to lessen a person’s ability to obtain quality housing at an affordable price.

I have stated for quite some time at individual meetings with City officials, testified twice at Planning and Zoning meetings and once at City Council about how I disagree with the direction the City seems to be going against manufactured housing.  I have sat through workshops where I could not testify or speak and had to listen to various City officials and employees give presentations on how manufactured housing is such a bad choice of housing.  I have listened to a radio interview with the mayor of Bryan effectively stating it would be better to live in one’s car than a manufactured home as a source for housing.  All of these comments have been directed at what seems to be two things: 1) general categorization that all manufactured homes depreciate in value, and 2) not wanting a manufactured home being placed [next] to a site built home since it would now also depreciate the value of said site built home.  After that there are generally comments about types of exterior or high loan rates or low tax values.

I think from all my conversations that city officials want to serve in the best interests of the city and I have not met anyone who has been impolite or intentionally insulted me.  My industry is one that is often misunderstood and is ripe with negative stereotypes about manufactured homes.  I live in a 1999 multi-section manufactured home and as a home that is pushing 20 years old, over the years I have had to perform routine homeowner maintenance and make a few repairs, including a new roof which is all the same as I had to do to a site built home I purchased in 2001 that had been built in the early 80’s.  Shingles and paint went on my manufactured home in exactly the same manner they were applied to my site built home.  Essentially, a home is a home.  There are certainly examples of manufactured homes that have served out their use or have unfortunately been neglected and will not get to realize their full potential; however, the same can be said for many site built homes in some of the areas currently listed as MU1.  Once again, a home is a home.

Manufactured housing is one of, if not the only type of housing, that can be placed on a lot owned by a parent, grandparent, sibling, relative or other that while not willing, or is unable due to title encumbrances, to sell the property the homeowner can still obtain financing.   While some may view this as a less than desirable way to own a home, is it not still allowing someone to do just that, own a home?  This home will be taxed like any other home.  The owner occupied homeowner is still entitled to all tax exemptions they qualify for as any other homeowner.  The investor owned home is taxed no differently than any other investor owned property in the city.  Either situation is providing a resident of the city of Bryan an affordable alternative to renting an apartment where the[y] would have little to no yard to raise a family, and in the case of the owner occupied home is currently the only means of non-government subsidized affordable housing available.

I would therefore urge the city to reconsider this proposed change and work with citizens and industry representatives to develop a set of guidelines that allow manufactured housing to have parity with site built housing.  After all, if you drop the word “manufactured” you are merely left with a home and that is what all Americans deserve and desire to provide for their family. 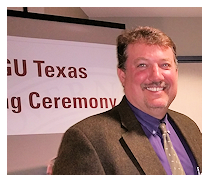