NBC News, along with their sister channel, MSNBC, will carry the first ever live “Commander in Chief” forum, Wednesday night at 8 PM ET.

With the polls tightening between Hillary Clinton and Donald Trump, this is being seen by pundits as a pre-debate that could yield clues on what to expect starting later this month in the formal debates hosted by the official presidential debate commission.

Once the NBC event is complete, if there is a video available, we plan to update this post with that video. Update…the candidates may appear separately, this will be updated tomorrow with some details.

Update – the video of the forum is posted below. Many of these videos begin with an ad that is not part of MHProNews’ sponsored content, these ads can often be skipped after a few seconds, as regular YouTube viewers know.

Note that conservative actor James Woods and an alleged tip from the NYPD has lit up the internet, with literally thousands of posts, claiming that Mrs. Clinton was wearing an ear piece during the live, NBC televised forum.  A search at 9:20 AM ET does not yet reveal a response from the Clinton campaign to the allegations that her handlers may have been coaching her during the event.  One article among thousands, that includes Woods’ tweets and photos, is linked here. Update: Fox News is reporting that the Clinton campaign is denying any use of an alleged earpiece, which the website True Pundit quoted unnamed New York police sources saying Clinton was wearing an “inductive earpiece” during the NBC forum hosted by Matt Lauer. 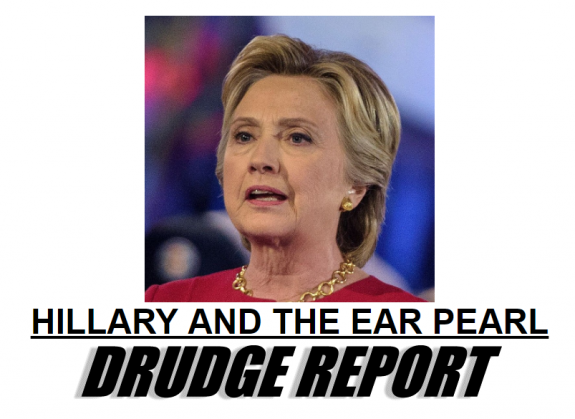 For pre-event, Commander in Chief Forum related commentary, click here. Weekend Update: the various national and battleground state tracking polls are now in a virtual deadlock, routinely within the margin of error.

With just weeks to the debates, and less than 2 months to November 8, this is now a jump ball for either campaign’s race for the White House. ##

Submitted by L. A. “Tony” Kovach for the Daily Business News, MHProNews.