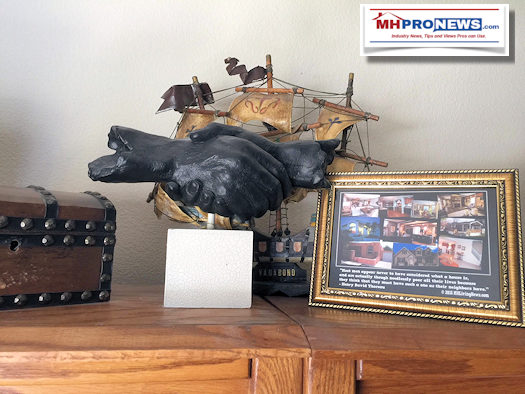 Think about the following realities.

History is so important, that scores of ideologically bent individuals are willing to twist history, in order to influence you, and your fellow citizens.

As an analogy, if a corporation filed deliberately false data with the Securities and Exchange Commission (SEC), upon conviction, that crime can bring prison, and monetary penalties.

Why don’t more draw a parallel to lying about publicly traded business facts – which are a kind of history – to lying about social, economic, spiritual, and political history?

Millions are born or led into various beliefs that rely on twisted history.

History is the dramatic, inspiring, and true story of the struggle for freedom.

That struggle for freedom isn’t just from a foreign power.

Education – The Road Less Traveled for Taking Back Your Industry, and the America Dream

Step back in time to what Christmas reminded us of, the birth of the Jewish baby, Jesus ‘the Christ.’

Jesus’ words and deeds were so potent, that His followers eventually upended the powerful Roman Empire, and changed the entire course of human history.

So it’s fitting that the Jewish Jesus bent that trend-line away from slavery towards authentic human freedom. Properly understood, every vice or sin is a form of slavery, and every virtue is a form of freedom.

The freedom Jesus offered is all encompassing.

America’s founders – for whatever flaws they had, and we all share their weaknesses too – understood that reality.

The founders knew the lesson of history that morality, law, and justice had to be undergirded by the ethics born of faith.

Secular humanism, ‘political correctness,’ and socialism are not the same things.  But they have this in common. They deny or disparage certain truths.  Many truths are grounded in or are interwoven with a spiritual truth.

When someone has been brow beaten by a secularized society into silence or submission, that’s a warning sign.

When an eternal truth is silenced in favor of a false claim or tenant of secular humanism, ‘political correctness,’ or socialism – it’s time to ask – what’s going on?

Jesus wasn’t politically correct. Jesus was merciful to sinners, but publicly rebuked those who led others into sin and error.

Jesus wasn’t a socialist. Jesus’ apostles and disciples allowed possessions to be freely given, but no one was forced to give anything (Acts 5:1-11).

Robbed of the Best of our Common Heritage

“We hold these truths to be self-evident, that all men are created equal, that they are endowed by their Creator with certain unalienable Rights, that among these are Life, Liberty and the pursuit of Happiness.”

Jefferson was influenced by John Locke, who wrote that governments are instituted to secure people’s rights to ‘life, liberty, and property.’

The Declaration was idealistic on many levels, because governments are usually institutions of power over their own citizens.

America uniquely embraced a Constitutional concept of defining, and thus limiting, the power of government.

There’s always been tension between people, and governments. That tension is the mighty attempting to lord over the weak.

If someone takes your property, opportunities, or rights by force, deception, or threat, that’s a crime.

What several thinkers came to realize before and after America’s founding is that if governments wrongfully deprive people of rights and property, that’s immoral.

To restore our industry and America, one must first understand what made our society – not perfect, but better – than almost anything before it in history.

That restoration of the American Dream would never have occurred by following deceptive Hillary Clinton, and the power hungry who knowingly supported her.

Millions were manipulated into thinking Clinton was some heroic figure. Nonsense! Pure propaganda.

But we don’t fault the manipulated. Rather, we should all point the finger of accountability to those who knew how they manipulated millions of our fellow Americans.  None of the candidates was or ever will be perfect; but arguably Donald Trump was far more self-revealing, and he’s delivering on his campaign promises, one-step-at-a-time.

Our industry has been throttled by misinformation, and manipulated by governmental entities.

Correcting the record on manufactured homes is an educational matter.

Any educational effort must extend to what led to our profession’s currently low state of affairs. That’s a matter of understanding – and sharing – authentic history.

You, myself, and all those alive today share this in common. We’ve been correct on certain things, but wrong about others.

Wisdom and humility suggest that once an error has been discovered, that the falsehood be dispelled.

Faith, freedom, and education are interwoven. Do you want the land of opportunity to thrive, an live up to its potential? Then all truths – including historic, economic, spiritual, and political must be embraced. We must stand up for the legitimate rights of others, and in historic America – we can do so.  ‘He lives twice who benefits from both the past, and the present.’ ## (Historic reflections, news analysis, commentary.)

More links for references may be added, later, but this one is a good place to start.

Terry Decio, Skyline Homes, “The Secret” – The Rest of the Story