This is an unfortunate outcome.  Here was a situation that seems to be a perfect fit for a new manufactured home community development.  The 10 acres in question residing in the city are attached to 50 more acres in the county – where it is anticipated that the property owner will create a new community anyway – at least according to one of the commissioners.

The Cactus Rose community in Austin has grabbed headlines and sparked all manner of reactions from the media and politicians, including efforts to now include manufactured home tenants in a Tenant Relocation Project the city is working on.

Here is an owner that would accept the displaced residents, which up until now there are no other options for them and a clear unwillingness by the city to lift zoning prohibitions elsewhere or create a new community with city land.

However, this solution was rejected by advocates of Cactus Rose due to lack of public transportation, presumably hoping to hold out and continue to leverage their situation to get a bigger buyout or dedicated land from the city they deem acceptable.

The blatant pre-textual reasons provided by those who testified against and voiced by some of the commissioners, while frustrating and illogically, are sadly nothing new.

Citing concerns over flooding because the engineer told a nearby homeowner they would be “re-grading” the land, increased traffic congestion, and taxing a nearby school that is already at capacity, can seem reasonable out of context.

Trouble is many of these same opposing views were fine with single family (housing), or as one commissioner mentioned, multifamily projects for the exact same 10 acres.

Any of the alternatives that are deemed acceptable would have the same impact on land topography changes, and increased traffic and school congestion.  If these are in fact the concerns, then logically the only thing they should have been advocating for or acceptable with is no development ever of any kind.

As pointed out in the article, it can appear traffic, schools and flooding were the issues presented, but what was really driving those in opposition were not those issues.  They were opposed to the people they stereotyped in a public meeting that they thought they could expect to move near them, because they viewed those people as bringing increased crime and vandalism.

Like for so many diversified housing development decisions that fall short politically, not from logic or sound argument, but rather those who would tell you they are for affordable housing options, just Not-In-My-Back-Yard (NIMBY-ism). ## 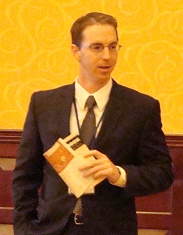