Costly government regulations have stifled the development of attainable housing

October 14, 2016 (Sacramento, CA) – In an effort to educate public policymakers on how mobilehome parks operate and how the misapplication of rent control has contributed to California’s housing crisis, the Western Manufactured Housing Communities Association (WMA) has launched a statewide public education campaign.

“There is no question that California is one of the most expensive places to live in the country,” said Sheila Dey, Executive Director of WMA. “So when the purchase price of a mobilehome can be up to 30% less than a traditional home, state and local government should be creating incentives to build more mobilehome parks and not less.”

Rent control is a reaction to local government’s failure to plan for their community’s future housing needs. When attainable housing is no longer accessible, politicians force parkowners to subsidize a tenant’s housing costs regardless of income, which often leads to a reduction in park amenities and in some cases, lawsuits when rents do not cover a park’s operational costs.

California has created a regulatory environment where existing parks are threatened by rent control ordinances that undermine a park’s economic sustainability, and cost prohibitive building regulations and fees that have stifled the construction of new parks. As a consequence, it’s been decades since a new mobilehome park has been built in California.

“Building more manufactured home communities could ease California’s housing crisis,” said Dey. “But first, politicians are going to have to address rent control’s failure and reduce building fees, and at the very least, require means-testing so that rent control truly benefits the needy.”

In an effort to educate policymakers, WMA has released a video which explains how parks operate and how they have become a source of quality housing for scores of people from all socio-economic backgrounds. To demonstrate its misapplication, the video showcases a rent control park in Malibu, California, where millionaires live in beachfront properties, and for some, the properties serve as a second home.

To follow WMA’s campaign to reform the failed practice of rent control, visit 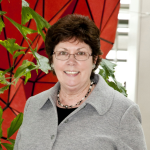 (Editor’s Note: Rent Control and Measure V (see our latest story, linked here and in the image below) have both local and national importance. So MHProNews offered to provide this forum for this column to be republished.  Other industry perspectives are welcome – indeed, there are other professional views on rent control in recent Industry Voices guest blog posts. Scroll down below or see the listing below the banner ads on the right.

As a matter of public policy, editorially MHProNews opposes rent control as contrary to the long-term interests of all involved.)