Some of the hardest working, savviest professionals in manufactured housing bear the title ‘state association executive director’ – or in some cases – ‘state association president,’ etc.. State associations are at the grass roots level of the industry’s representation. No matter how fabulous a national association might be or become, they would still require those state execs to do their jobs well for the national group to be successful in DC.

Which is why when MHI was formed, the deal made included a seat at the table through the “Federated States” division for those state associations. The state and regional community associations aren’t our focus today, but are mentioned because some key state execs tell me similar things to what you’ll see quoted below.

We will also explore the state and community associations in a future column.

Let’s start with comparatively light stuff, and work towards some heavier items…

When you see the words “Where is our industry?” in an email, that is often verbal shorthand for the umbrella national association, which in MH, is the Manufactured Housing Institute or MHI.

A VP of a large company emailed me a series of articles, and in one used exactly those words, “Where is our industry?” and in others a bit 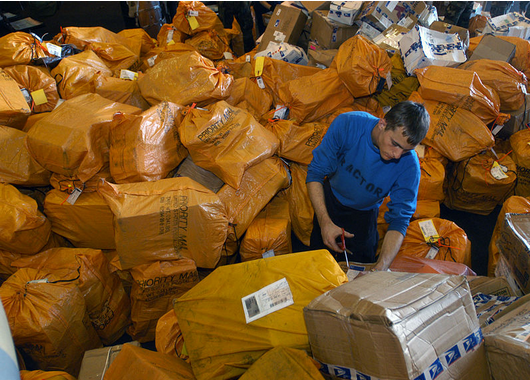 The subject of those mainstream-media articles sent by the VP were examples where MHI ought to be deeply engaged on a a given subject.

That VP suggests they are AWOL. Nor is that successful professional alone.

A president of another large firm told me, “It looks like we are heading back to having too many meetings at MHI.” Yes, sir was part of my reply. We both agreed there is value to those meetings,

But once more – the question was raised – where is the action that goes along with that information?  We published a series of video interviews on topics that MHI put on stage last April, where is the MHI action on any one of them, I was asked?

Where are the steps, asks another respected business owner, to addressing the issues that are holding those of us in MH collectively back?

Among the common questions we get from potential investors, researchers and the mainstream media is – when members of your industry know what is holding you back, why are those issues not directly addressed?

Why indeed are we seeing so many questions, concerns and allegations on the topics noted herein, or those not yet covered?

We don’t have to look far for on the record comments. Nancy Geer has a very thoughtful column, linked here.

Leigh J. Abrams, Steve Adler and Randy Rowe are among those who have called for an industry image campaign. There are independent producers that want it too. So where is the action? Where is MHI on these issues?

But the off-the-record comments are often more colorful, more blunt and thus will not usually see the light of day unless it is like this, as a source being cited anonymously. Here is an unedited example from a successful retailing and community pro, taken from a longer message to me:

“You have 3 large builders against image. Were any one of them to bolt MHI, the viability of the association would be jeopardized.  Were two or more to leave,  the association would cease to exist, putting Jennison in the bread line.  You wonder why he is not image campaigning. You need to put the Latony bunson burner to the azzes of the big 3. But then any advertising from them to you,  if it happens, is gone. Not so easy,  is it my boy?” 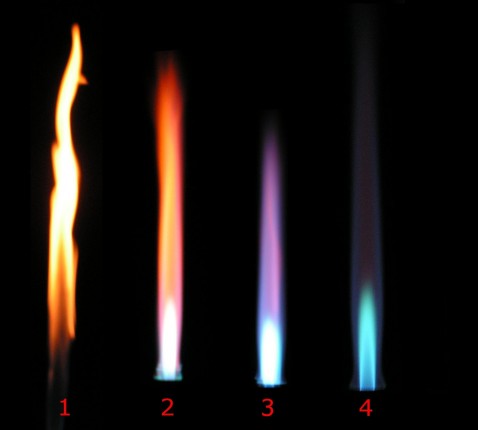 To answer that, advertising dollars from those firms – while welcome – has never been a big issue for us. When someone comes on board with us to advertise, they do it because they know we have the runaway largest audience of MH professional readers. They do it because the investors are reading here; along with public officials, non-profits and educators. They sponsor us because they know we will tackle topics in a fair and balanced fashion others won’t.

By the way, Dick Jennison has said as much in writing, stating that MHProNews and this blog are “fair and balanced.”

FYI, I had to smile at the bunsen burner comment above because I know of at least one of those Big Three HUD Code Builders who has publicly stated they would support an industry image campaign.

More on that another time.

I’ve been sent documents and memos, some of which originated in MHI’s office in Arlington.  Some come from the president himself, though he may not realize its importance.

These are not likely to be used like an Edward Snowden or SONY Entertainment level embarrassing revelation. In saying that we as a publisher have the documents, we enjoy the 1st Amendment rights the courts have ruled protecting our using them.

But we will not use them today.  Because what is needed are the relatively lighter ones to remind someone that there are people all around who have fingers with which to type us, and tongues with which to speak.

Those sources shared these items with MHProNews,  knowing we will only use what is needed, when it is needed, as it is needed. So this post won’t be the Pentagon Papers or a big document dump. Rather, it will serve as a reminder that positive changes are necessary, and that steps to correct problems will hopefully take place.

I’ve reviewed my notes from conversations with what we will dub, ‘insiders.’

Among other things, they tell me about the pattern of the revolving door at MHI, previously mentioned in this popular article linked here.

Now, when you have a “bad fit,” most owners or managers would agree that the door should revolve. 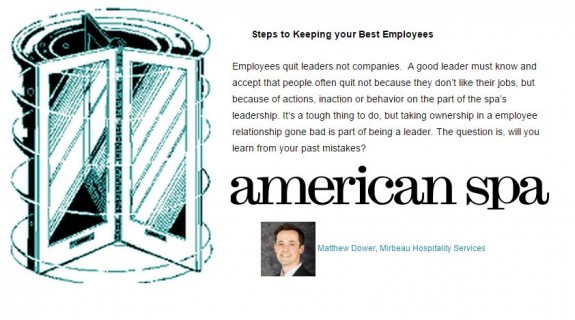 But when you have just hired someone after a careful vetting process, and they leave you on their own within weeks or months of arrival, that should make someone at the top levels ask, hey, what gives?

When an email tells me that the Suppliers Division will have to do “fund raising” if we are to see an MHI backed set of videos that would promote the industry, then I have to say, what gives?

What are we paying our dues for – and why do we need MHI at all for such an effort – if they won’t put a dime of our dues towards a good effort that will arguably help the association and the industry?

Many think that it is the “Big Three” producers that keep an image campaign or other needed solutions from advancing. I can be persuaded 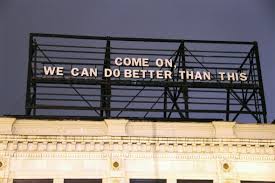 on that either way.

But objectively we must note again that at least one of those big three has said publicly they will support such an effort. So to be fair and as the managing member of the top trade publication in the MH Industry, I’m not ready to throw those 3 under the bus as the cause.

Factories have come together at trade shows. Why not promotion?

So is there possibly another explanation for this ‘lack of appetite‘ – as a leading MHI official told me – for promoting the industry?

This is a serious topic that follows.  Let me now say that we’ve confirmed with multiple sources that a member of the MHI staff allegedly has a plan to put in place a membership director (that won’t likely be the title). Please stop and think about that fact for a few moments.

MHI has been bleeding some members, gaining some others, and has been at roughly equilibrium for some time now. There is a routine call for us as members (and our parent company is a member) to help recruit new members for the association. No doubt that person-to-person recruiting has yielded some results for MHI.

So why do we think that hiring a membership director – who in Washington DC is bound to draw a hefty salary – is likely to move the needle much for the association?

Even if a new membership director did so, there is a questionable practice in a filling a key role like that of hiring someone from outside of the ranks of our industry.

If MHI hires someone from outside our ranks, MHI may as well take that money and burn it. It takes too long to learn the industry’s politics for an outsider to be effective. They’ll be gone before they get anything of merit done.

But let’s take this analysis a step further.

That will only result in a war, and the Industry can ill afford that at such low shipment levels. We want to see the associations work for peace.  So if this new job plan is merely a tactical blunder, we hope this warning flare will make the good folks in Arlington think again.

Further, if MHI wants to court MHARR – and remember, we believe that both should work with each other – then MHI will have to stop taking positions that arguably are aimed at harming MHARR producers.

To MHARR’s credit, they disavowed what we thought was their winter launch against MHI early in 2014. Let me say it again, we applaud the fact that MHARR’s leaders clarified their stance.

It is my sincere hope that MHI, if indeed our sources are correct, will change course before it is too late. Common interests – justice – is a two way street. 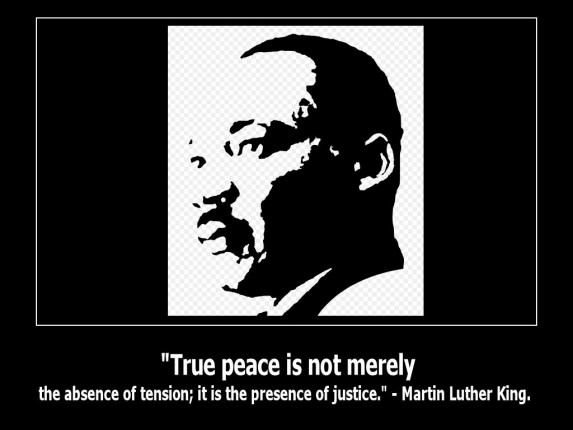 As someone near DC told me this week, this is the time of peace and joy. Let this be just that, not in some ‘in name only,’ or papered over fashion, but rather as getting to the heart of issues that divide us.

“True peace is not merely the absence of tension; it is the presence of justice.”

Back to Those Manufactured Housing State Association Execs

Half of those state execs are in markets that are still losing new HUD Code home shipments.

Let’s agree that such facts are avoidable in a trillion dollar a year housing market where rents are rising and site building is so expensive!

Christmas is nearly upon us, and we have a much more positive and solution oriented item in mind for the mid-week blog post. Please don’t miss that one. 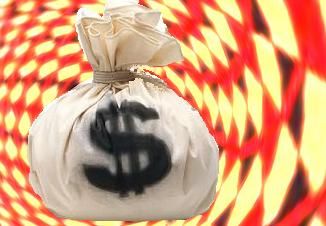 Let’s work wisely together to collectively unlock that cash bag. Let’s avoid those costly past mis-steps!

FYI – for those who think that all we need is an image campaign, let me beg to differ. Maybe nuance is a better way for me to phrase that…because “Image alone is not enough.”   We’ll look at what we need – including the finance issue – in an upcoming column. Thanks for checking in, for continuing to sounding off to us – on or off the record – and Merry Christmas. ## 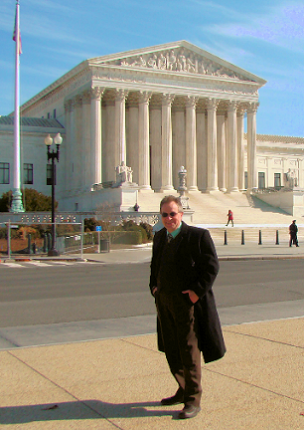