“If you believe banners suck, you’re not alone. The poor things are so disparaged that the entire digital industry has repositioned them as display advertising to wipe off the banner stigma.

But the truth is, banner ads work just as well as most other forms of media, which is remarkable given their small size, surrounding clutter and creative limitations.”

In fact, some of Kunz's findings make banner ad results better than most other forms of media, and of course, can be more targeted and thus at a far lower cost. 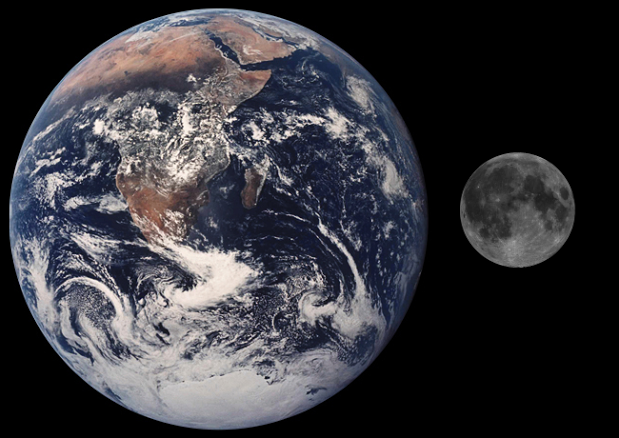 “Nielsen, the typical U.S. consumer is exposed to 4 hours and 38 minutes of TV a day, about 40 percent of which is commercial time.” Kunz points out that with that giant screen, the response rate is still only .05% for TV. The average consumer sees about 6,600 commercials monthly.

The typical adult in the U.S. listens to 1 hour and 23 minutes of radio daily, 2,500 minutes a month, and at 15% of radio being commercials, that's 750 thirty second spots a month. Results?

No wonder they repeat those toll-free phone numbers, over and over, and over…

Kunz states that Facebook ads were running .03%, and that the Direct Marketing Association and Google uses a range from .03% to .09%, with .07% being tossed about as 'typical' by others.

The bottom line is that banner ads would meet or beat TV, radio and billboards.

In an operation such as MHProNews.com, there would be no way to cover the nation with as many manufactured housing industry professionals other media for anything like the low cost of our banner ads.

So while all reports suggest that CTRs (Click Through Rates) stabilized at a lower level than they were some years back, they still compete very well with other forms of media, so sayeth Ben Kuntz!

1) “…Regardless of measured click-through rates, banner ads still create a favorable attitude toward the ad due to repeated exposure.” (Journal of Consumer Research)

3.) “Banner ads have the ability to hyper-target by age, lifestyle, and geography better than most other mediums.  Maybe that’s why eMarketer projects the top five sellers of display advertising to generate $18.6 billion in the U.S. alone in 2013, a 20 percent increase from 2011…”

4) “Video and display advertising are effective at driving a significant lift in site visitation and SEO, even in the face of minimal clicks on ads. (comScore)”

For me – and for most of you – the real hitter was Brooke's point number 5!

5) “It’s all about ROI.  Marketers continue to pour billions into banner ads due the sheer scale and efficiency.  Low CPMs, compared to other media, mean that marketers can afford a high volume of impressions at a relatively low cost.  When you combine the business generated directly by clicks with the “collateral damage” that occurs beyond the click, most advertisers find the investment is worth it.” (Bold emphasis added).

In yet another study, Smartinsights claims CTR rates are around 1 per 1000 impressions.

When Jordan was talking about the “collateral damage,” she is using that as a humorous, positive euphemism for “impressions.” An impression is defined by Wikipedia as:

“An impression (in the context of online advertising) is a measure of the number of times an ad is seen, whether it is clicked on or not. Each time an ad displays it is counted as one impression.” 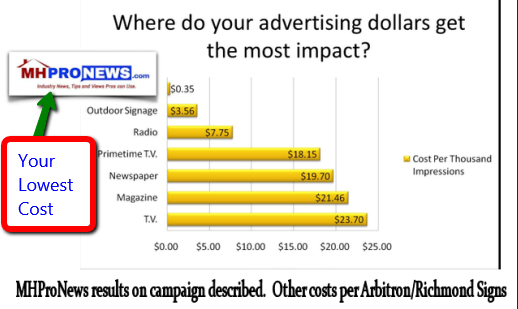 In a recent 90 day campaign for a client, we generated over 1.5 million impressions and some 900 click throughs. More important to the client, they grew their outcomes by 14.7%, which made it a good investment.

The exact record of their campaign results: 1,566,675 impressions and 946 click throughs.

Ad-Mays in a report on impression-based advertising stated the following:

The bottom line? Banner ads work and both CTRs and impressions deliver great value. This is why the market is booming!

Looking for a great way to reach the business to business (B2B) market for manufactured housing? Based upon the both external and internal studies, you'd be hard pressed to find a better value that the banner ads, impressions and related campaigns we can create for clients on MHProNews.com. ##